[PS4] The Ninja Saviors: Return of the Warriors Review


Who doesn’t love a good TAITO game? I got to play many of their games decades ago – with Bubble Bobble being one of my favorites. They made a lot of solid games, including beat ‘em ups, a genre that, if I’m being honest, I didn’t play that much back in the day. This time around, a TAITO classic is back in full swing with The Ninja Saviors: Return of the Warriors, a new take on a fun 2D beat ‘em up that most of you have probably played or seen as a fun Super Nintendo Entertainment System release. 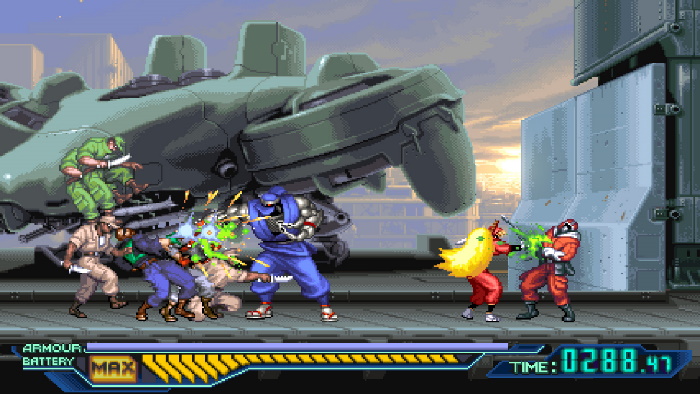 In general, beat ‘em ups tend to be very easy to pick and play, since back in the day for most arcade games you had a stick and a button or two, with console games expanding on this as needed from the SNES and the Sega Genesis and onward. For this PlayStation 4 release of The Ninja Saviors: Return of the Warriors, things are also kept simple and to the point, since there’s no need to use all of the buttons on the DualShock 4 for your PlayStation 4, so you can control the game with the left analog stick and three buttons, and that’s it. Your fingers will be sore from playing this one after a bit, so if they had used more buttons, you can imagine how you’d feel after playing this one for a while! 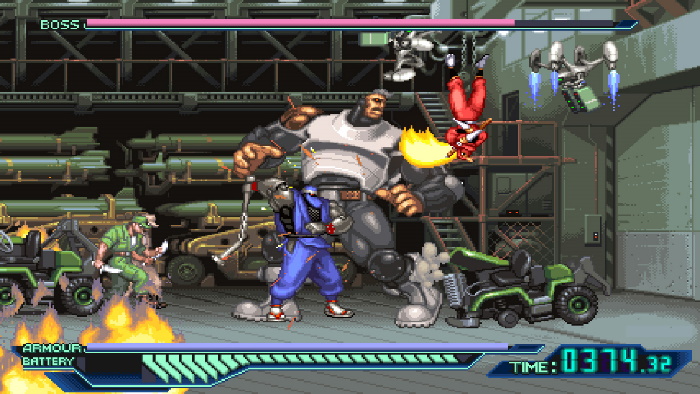 The game being a beat ‘em up means that the odds of you dying are high since this type of game always finds a way to have enemies sneak up on one side while you’re busy destroying enemies on the other direction. The game has eight stages to complete in total, and while they can be completed in a handful of minutes each, that will depend on your experience with the genre. If you die, the good news is that you have a supply of unlimited continues, and once you do use one, you’ll get to once again select which character you’ll be using for that life. 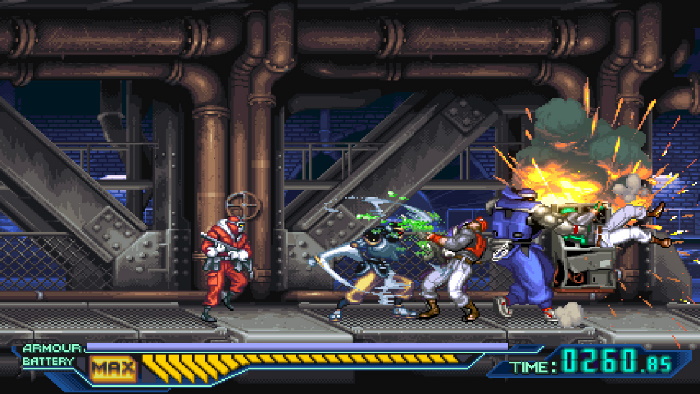 While the game is technically a short experience, there is some replay value since you can try to complete the game from start to finish without dying, use only one of the three characters initially available to you, unlock the two bonus characters, and then give it another go. Each of the characters has a varied set of skills, and each one of them feels different as you play. Yes, you will be replaying the same stages for each run, but each character will give you a different enough experience. 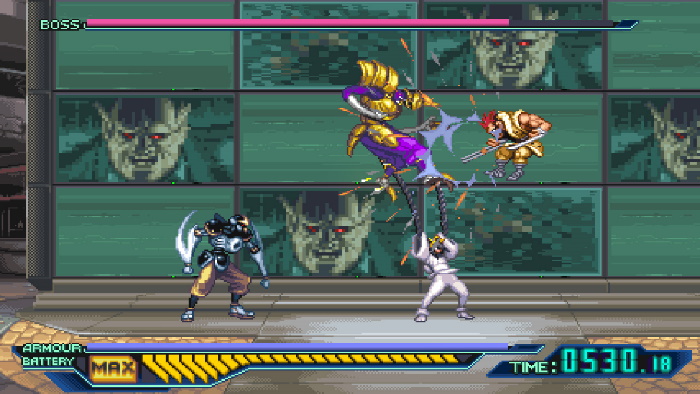 This revamped version does introduce something new for this beat ‘em up, since it now has the option of local co-op, with the original version of the game being a single-player only experience. There’s also an online leaderboard that will track your completion time for each of the game’s stages, so once you’ve completed the game at least once, you’ll be able to take on a time attack of the levels to see how fast you can complete them. 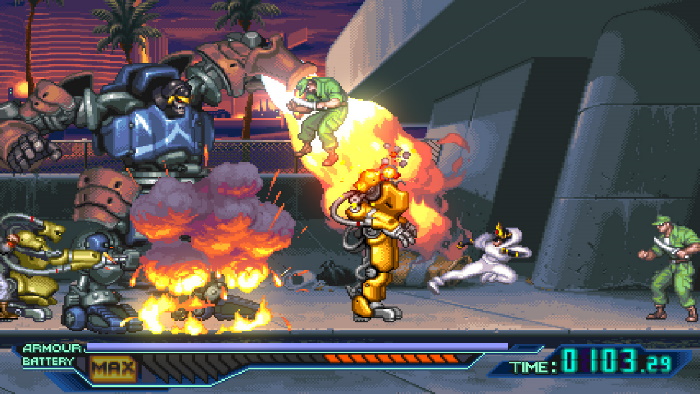 The Ninja Saviors: Return of the Warriors is a solid 2D beat ‘em up that has now found a new home on PlayStation 4, bringing this arcade and Super Nintendo Entertainment System classic to a new era, with improved music and graphics, support for a widescreen presentation, two new characters, and online leaderboards, all for $19.99. Are you ready to fight? 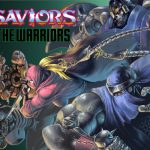 The Ninja Saviors: Return of the Warriors Review

Game title : The Ninja Saviors: Return of the Warriors

Disclaimer
This The Ninja Saviors: Return of the Warriors review is based on a PlayStation 4 copy provided by ININ Games.

The Fisherman – Fishing Planet Out Now