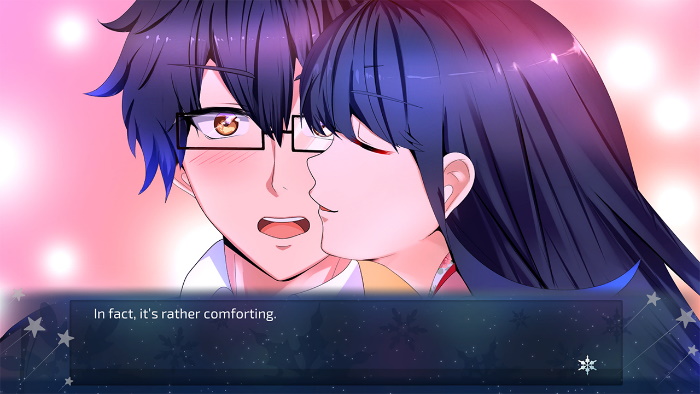 A Winter’s Daydream starts with the story of Yuu, a young man who left his small town of 15,000 people to go to Tokyo to live his life, go to school, and experience life in the big city. It’s something he certainly was not used to, since in his hometown everyone knows the name of their neighbors, they shop at the same little shops, and care for one another. Yuu mentions an anecdote to illustrate this point: the family cat would at times go out of their house and not return for days, because one of the neighbors used to give it some great cuts of meat to eat. 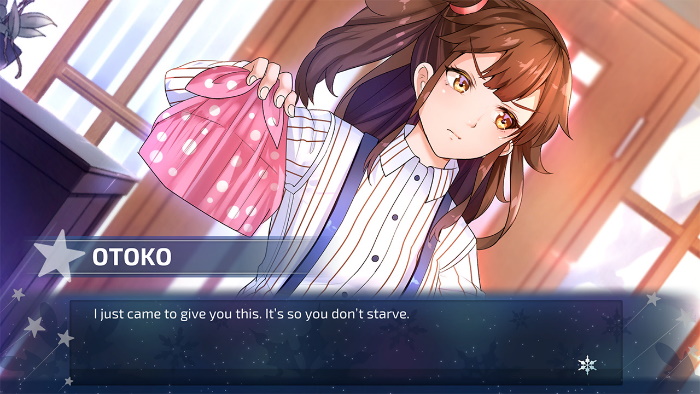 Yuu has returned to his hometown a year after leaving, to be home for the festivities. As soon as he’s back, the usual differences with his younger sister, Otoko, once again emerge. Not wanting to have this back and forth every single day during his stay, he decides to escape from the situation and ends up going to visit his grandmother. It all sounds fine and well, right? Someone spending time with their grandmother and taking the time to reconnect is a good premise for a story. 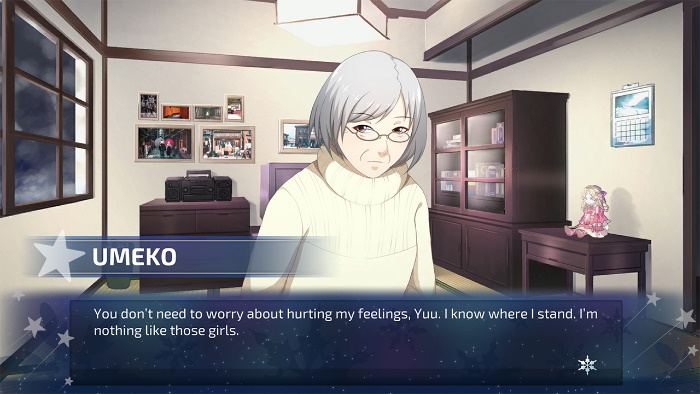 Well, the twist for this particular visual novel is that the next morning, when Yuu wakes up and makes his way to the kitchen, a young girl is sitting there. He’s half-asleep, and wonders if he’s not seeing things right… but yeah, there’s definitely a young girl in the kitchen. He asks her what she’s doing at his grandmother’s house, and he certainly was not expecting to hear her answer: she’s his grandmother! Why is she young? What is going on? You’ll have to play the game to find out! 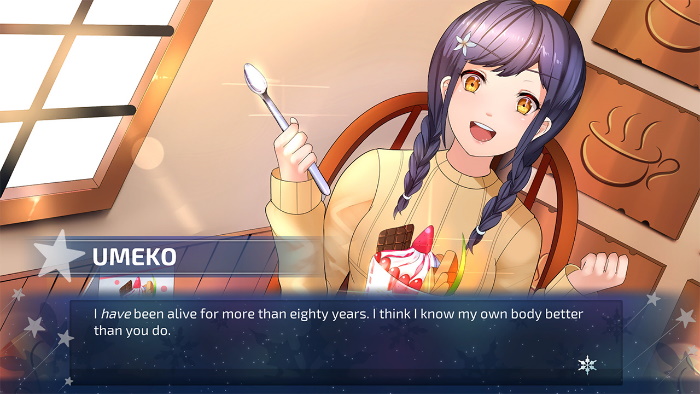 And now, something that will make trophy hunters out there very happy: A Winter’s Daydream has a full trophy list with a Platinum trophy waiting for you! The trophies will unlock as you progress through the game, with the first one being a freebie that will be awarded to you as soon as you start the game and experience Yuu’s return to his hometown and how he feels about it. The rest of the trophies will pop up with ease one after the other in this visual novel, as there is no need to juggle save games or take different paths down a branching story. 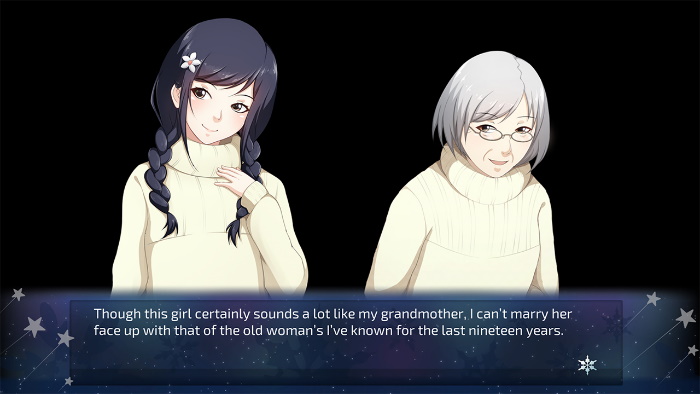 Trophy hunters do need to be aware of is that there seems to be a bug in A Winter’s Daydream that happens when you activate autoplay in the options menu. What happens when you do this? Well, when autoplay is on, for some reason, trophies are disabled and will not unlock! As long as you don’t change the settings and activate autoplay, you can, if you want to, press the X button as fast as possible over and over again to obtain a new Platinum trophy for your collection in around 30-40 minutes or so. 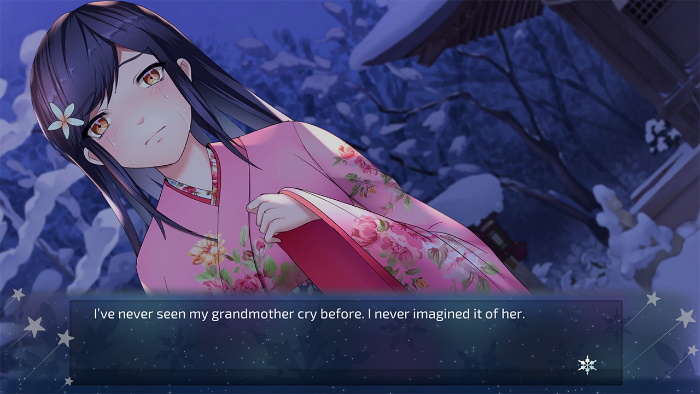 A Winter’s Daydream is a fun and by-the-numbers visual novel with a couple of story twists that will keep you busy for around 3-4 hours or so as you take your time to read all of the text. This being a visual novel, walls of text are going to be part of the equation. The game is now available for a budget $5.99 on PlayStation.

Disclaimer
This A Winter’s Daydream review is based on a Nintendo Switch copy provided by Sometimes You.