Worse Than Death from one-person indie team Benjamin Rivers is a new adventure on PlayStation, available right on time for Halloween! Learn more about it in our Worse Than Death review!


Benjamin Rivers has previously given us the great Home and Alone With You, a pair of wonderful adventure games, so I was definitely up for reviewing Worse Than Death, his latest game which recently hit PlayStation 4. As was the case with Home, this is a horror adventure game, which is a perfect theme for this point and click release since Halloween is right around the corner – who doesn’t like a bit of horror to go along with the candy and the dressing up of this October festivity? 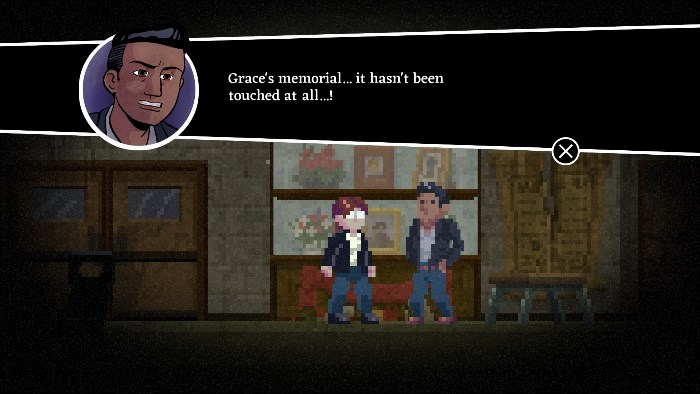 If you’ve played Home or Alone With You, then you know that when you’re playing a game from Benjamin Rivers, then you can expect it to have an interesting story that will remain with you after you’ve reached the end. For Worse Than Death, here’s the setup: Holly and Flynn meet up for their high school reunion, but someone they were close to has, unfortunately, passed away. Flynn and Grace were set to marry, but he died before they could get hitched. As you can probably tell, there are a lot of emotions in this story, along with the elements you’d expect to find in a horror adventure game.

Since Worse Than Death is a 2D adventure game, you’ll be moving your character around with the left analog stick, looking at things with the Triangle button, and performing actions with the X button. It’s a simple control setup that makes it possible for gamers of all skill levels to quickly pick this one up so that they enjoy the great story and the interesting twists introduced as you progress through your adventure. 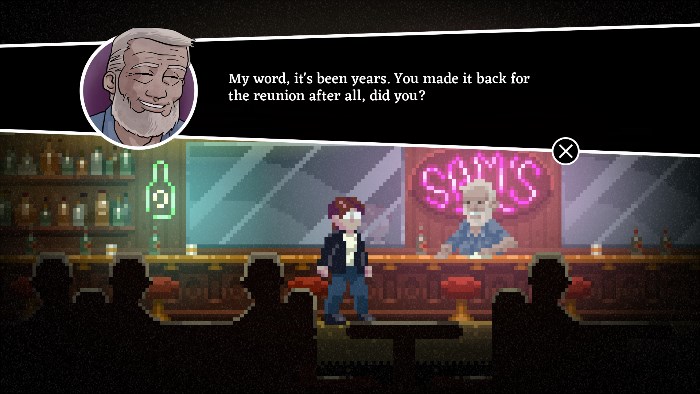 There are many puzzles to overcome, as is to be expected from an adventure game. While the solution to some will be plainly obvious, others might end up leaving you scratching your head until the penny drops. As you take on the puzzles in Worse Than Death, you will definitely get some “why didn’t I think of that?” moments. A fair bit of trial and error will be in need, but as long as you have a bit of patience, you’ll be able to carry on as you try to escape from the monsters around you. Since you will want to remain hidden, there will be some stealth sections throughout the game, so you’ll need to be on high alert. 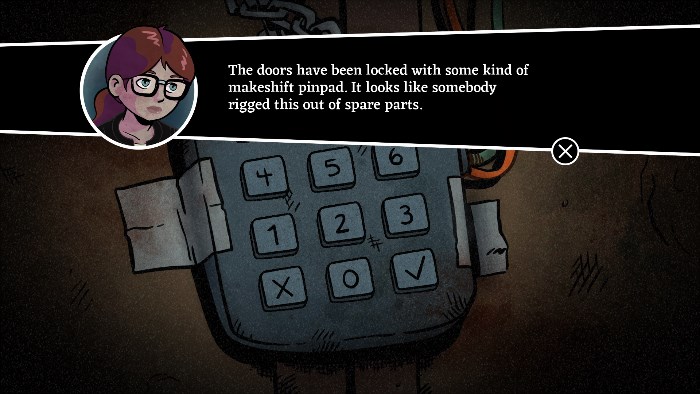 I really can’t go any further and explain some of the other elements in the game since this would take the review into spoiler territory, but rest assured that this story-heavy release from Benjamin Rivers will keep you engaged from start to finish as you face the horror side of things. You will get some scares from the visuals as well as from the audio. Holly’s heart rate will beat faster as a monster draws closer, and it will go through the roof when she’s close to being potentially caught. There is plenty of exploration to be had here, as you’ll need to search in each area to find the one item that can help you move forward or the one bit of information from an NPC that will open the way to the next area. 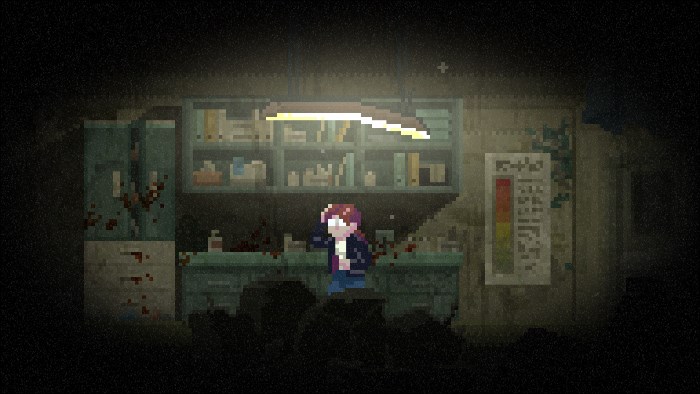 Worse Than Death is a solid horror adventure game on PlayStation 4 that will take you around 3-4 hours to complete depending on your experience with the genre. The game uses an interesting comic book style for its cutscenes and for character portraits, which helps you to see the look that each of the pixelated characters is representing – it’s a presentation mix that works great on the TV screen. The games from Benjamin Rivers have always been a lot of fun, and I’m happy to report that Worse Than Death carries on with that streak. The game is available for $9.99 on PlayStation 4, and it’s one I recommend you download today!

Disclaimer
This Worse Than Death review is based on a PlayStation 4 copy provided by Benjamin Rivers.