Create your own paradise in a faraway land, as the dictator of your very own tropical island! Learn more about this adventure in our Tropico 6 review!


El Presidente is back! Prove yourself once again as a feared dictator or peace-loving statesman on the island state of Tropico and shape the fate of your own banana republic.

• Play on large archipelagos for the first time in the series. Manage multiple islands at the same time and adapt to various new challenges.
• Send your agents on raids to foreign lands to steal famous landmarks and add them to your collection.
• Build bridges, construct tunnels and transport your citizens and tourists in taxis, buses and aerial cable cars. Tropico 6 offers completely new transportation and infrastructure possibilities.
• Customize the looks of your palace at will and choose from various extras.
• Tropico 6 features a revised research system focusing on the political aspects of being the world’s greatest dictator.
• Election speeches are back! Address the people and make promises that you can’t possibly keep.
• Tropico 6 features cooperative and competitive multiplayer for up to 4 players.


Over the years, I have loved the city-building genre, but the last one I played for a while was the ill-fated Sim City reboot, which came out a few years ago for PC. I moved away from PC gaming to console gaming and, except for a few entries here and there, the city-building genre is not one that gets a chance to shine on consoles. So when I heard that Tropico 6 was on its way to the PlayStation 4, I was definitely up for giving it a go.

Tropico 6 puts you in the role of a dictator of a fictional island, and you will have to take it through Colonial times up to modern-day. The game starts you off in a tutorial with Penulitmo, your minion, showing you the ropes so that you can see how to play and control Tropico 6. It’s a necessary tutorial that you should pay attention to since city-building games always have a ton of things to keep track of. You’ll need to work hard to not only keep your city going but also your business so that you can continue to get rich.

The city-building genre is one that usually benefits from a mouse and keyboard setup, so it’s always interesting to see how these games control on console since the PS4 is certainly missing around two dozen inputs to match how you would approach a game like Tropico 6 on PC. Some genres are easier to port from PC to console. Take, for example, Diablo 3, which plays like a dream on the console. Meanwhile, other genres struggle with the transition. I’m happy to report that this isn’t one of those games. Tropico 6 has adapted its controls very well for its PS4 debut, even though you do have to practice for them to click. 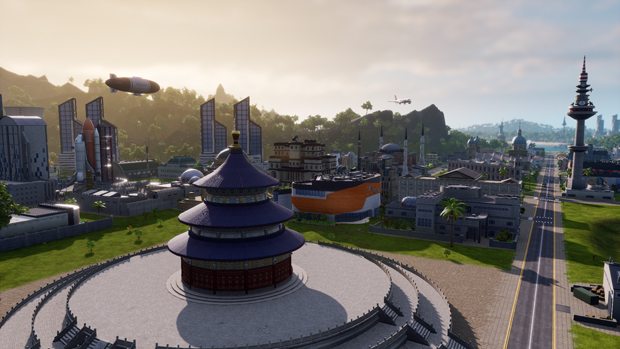 The game has a story mode which will take you through four eras, including colonial times, a world war, the Cold War, and then the modern-day times. Each of the missions has some unique humor to them while helping you progress during that period. The first set of missions after the tutorial will continue to teach you more about the Tropico 6 gameplay system. You’ll need to learn the balance of being a good leader, an effective dictator, and a good entrepreneur.
Learn your lessons here, so later you can apply them to the sandbox mode.

One of the things I really loved about the game was the change in periods. As you progress through the story, everything in the city will change and improve as you enter a new era, and Tropico 6 will also change the pace of the game, and how you go about improving your city, so you’ll be constantly challenged and presented with new things to do. 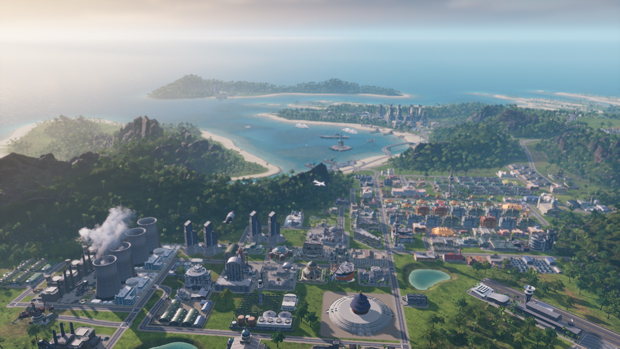 Constructing buildings in the game is really easy since you can bring up a wheel from which you can select what you want to build. You also need to make sure you have the right amount of staff members to ensure that everything keeps running at a steady pace. To keep everything going, you need to have enough roads and modes of transportation for your people. You should also have options for exporting your product off the island. I also wanted to mention a tip you should consider: when building stuff, you should speed up the game sp that you don’t have to wait long for your new buildings to take shape. As long as you do it every now and then and turn it back down to regular speed as you monitor any potential issues, you’ll be able to make the most of your time with Tropico 6.


Where I really had the most fun, though, was when I got to be a full-on evil dictator, just like the game is designed to be played. I create crooked businesses, jailed political rivals, ran heists, and stole major landmarks from all over the world, adding them to the island. Tropico 6 has a lot of fun to be had with this particular gameplay concept, and it’s something you will have a blast doing in the game. 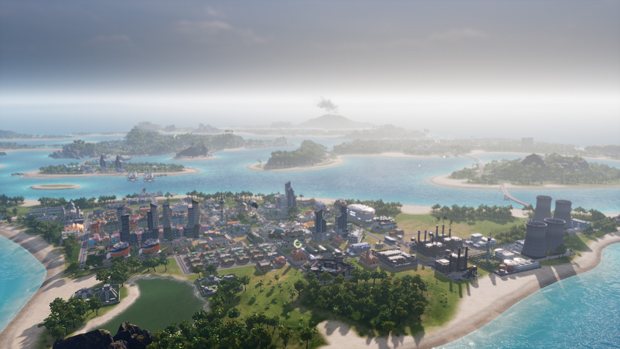 As I mentioned earlier, the game also has a sandbox mode. It is essentially your chance to go into the game with no story or set objectives. You can just dive in and have fun building stuff, tweaking the settings as you go to tailor your experience. There is also an online multiplayer mode for you to take the action online, as you work together or against each other.

I’m playing Tropico 6 on my PlayStation 4 Pro, and I’m here to report that even at its busiest, there is no slowdown whatsoever in the game, which is always impressive for a city-building release. I was actually surprised about how quickly you can zoom out to a birds-eye view of the island, then seamlessly zoom right back in to check the ongoing hustle of your city from up close. I have seen other games chug along when making these moves, but Tropico 6 wasn’t fazed at all. 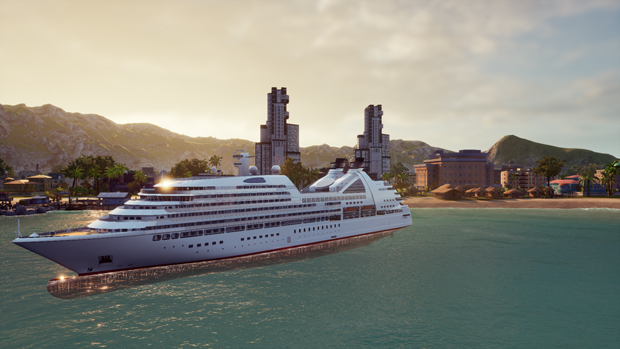 I had a ton of fun jumping into the world of Tropico 6. It’s a port from PC done properly, using a great control scheme that just works on console. Being a dictator for a bit can be really fun, with the harsh decisions that need to be made. The story is great, and it gives us a humorous look into how ridiculous things can get as a dictator. Once you got the hang of things, you can jump into the sandbox mode and go wild, greatly extending the overall time you’ll be spending on this island. I can definitely recommend a holiday flight to Tropico 6. Just, you know, be sure you ARE the dictator and not a citizen of the island, or else! 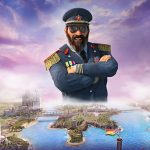 Disclaimer
This Tropico 6 review is based on a PlayStation 4 copy provided by Kalypso Media.

Mario & Sonic at the Olympic Games Tokyo 2020 Out Next Week

Spirit Of The North Out Tomorrow