It’s been four years since the last Trine game release. The heroes are back in a new game and back to their 2.5D roots. Find out if it was worth the wait in our Trine 4: The Nightmare Prince review!


Amadeus, the Wizard, found a letter in his mailbox after attending a wizard conference. Pontius, the Knight, received a letter after defeating a dead knight in a cursed manor. Zoya, the Thief, saw an arrow shot close to her with a letter attached to it – after stealing a special item. All three were requested for the same thing: find the missing Prince Selius and bring him back to the Astral Academy. They quickly realize that the Prince has issues with his nightmares, which are escaping into the real world. What was a simple mission will turn into something much bigger as they’ll need to save the world from those nightmares! 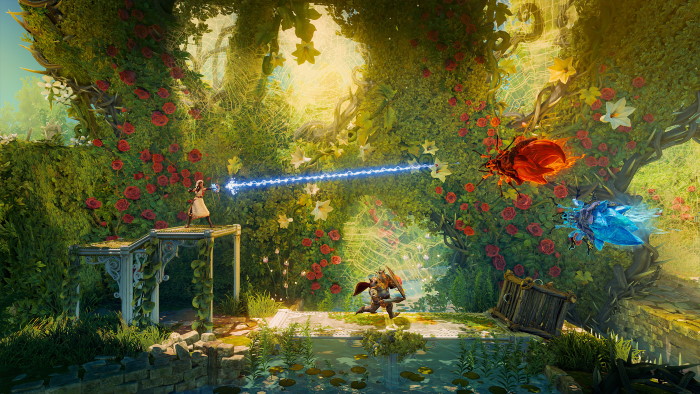 As in the previous Trine titles, you’ll be able to switch at any time between the three characters as you take on the levels of the game. Each character has special abilities that will help you to solve the puzzles you’ll encounter. For example, Amadeus has the ability to levitate objects to be able to reach higher places or to activate switches. He’s even able to conjure a box out of thin air! Pontius is the strong knight that can wield slash enemies with his sword or break objects. He can also stomp down when jumping, breaking through some floors, or use his shield to reflect sunlight beams or water. Zoya, on the other hand, has her trusty bow and arrow to shoot at ropes or enemies, and her rope, which can help her swing over gaps or tied between two anchors to make a rope bridge to cross or to drag some items.

As you go through the levels, you’ll have puzzles to solve that will require the use of all their abilities. Some will be part of the natural progression of the levels, while others will be optional and a bit out of the way in case you want to add to your bag of treasures the three types of collectibles that are hidden in each level. 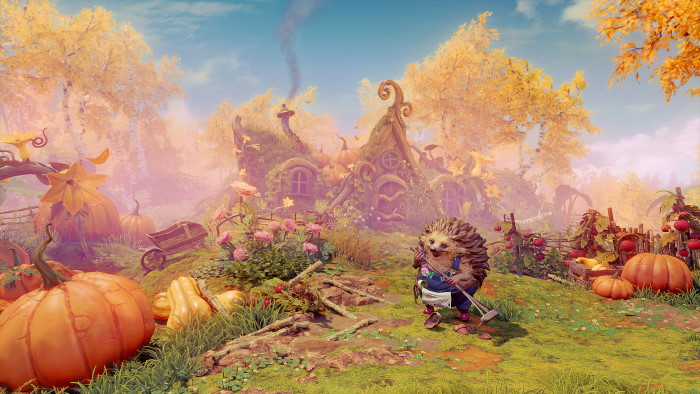 As you progress through each area, you will gain experience points from the enemies you defeat, as well as collect energy vials all over the place. These will allow you to unlock additional abilities for all characters. Zoya will gain access to element arrows, to help you in some spots. You’ll be able to freeze switches or moving platforms and use the fire ones to melt ice. Pontius gains a charge ability that can get you over some moderately large gaps or even push boulders hard enough to smash through walls. Those are only two of all the extra abilities and skills you’ll unlock, and each character will have its own skill tree.

With the game coming back to its 2.5D roots, we’re back to something that Frozenbyte has been doing rather well over the last ten years. The levels are colorful and highly detailed, both on the pane you play and in the luscious backgrounds that you see while playing. Trine 3 was a great looking game, but fans wanted a return to 2.5D, and that’s exactly what we get, in glorious full HD. 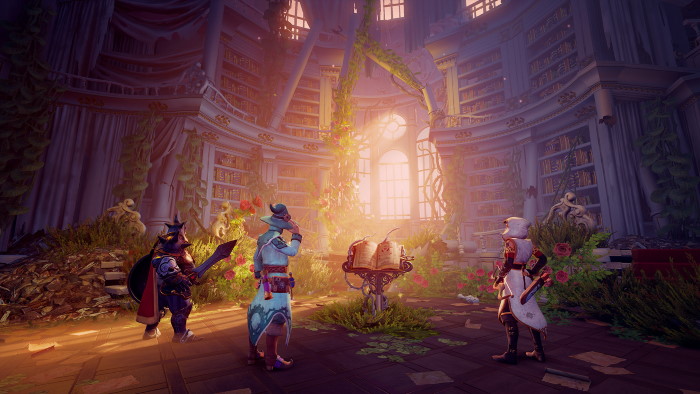 I’ve played every entry of the Trine series, and I’ve enjoyed them all, even the 3D one, although not as much as the other games, so I was all about a new entry. Trine 4 is not reinventing the formula, so anyone who’s played other Trine games will easily get right into this one without any issues.

I’ve found that the puzzles had a good difficulty curve. Most of the times, it never took a great deal of time to solve them, and several of them offer different potential solutions. The one thing that didn’t stand out for me are the short spots where you are locked into a small arena-like spot and have to fight some of the nightmare monsters, since it turned the game into a short hack and slash experience, with a bit of blocking with Pontius’ shield. 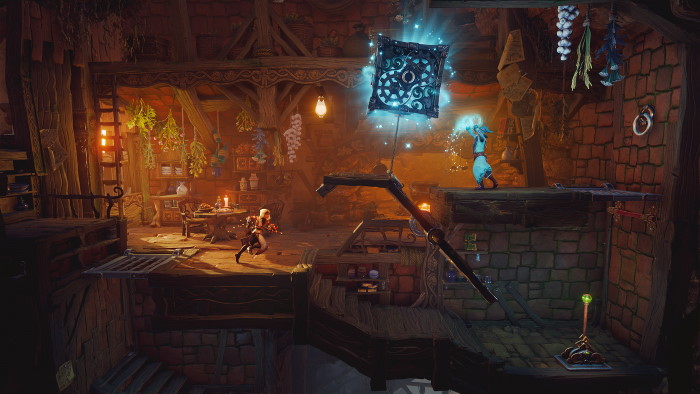 As for the game’s trophies, this game will be an easy one to get the Platinum trophy for. All the trophies are related to completing levels and gathering all the energy vials and collectibles, and since you can easily replay previous levels while selecting the specific sections in which you’re missing some of the energy vials makes clean up a pretty straightforward affair.


Final Thoughts
With Trine 4: The Nightmare Prince, Frozenbyte have listened to their fans by bringing the game back to it’s 2.5D roots, doing what they do best: giving us a fun and great looking puzzle/platformer. The game has been worth the wait, and you should buy it right now! 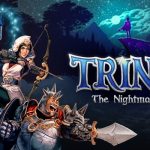 Great return to the franchise’s roots!

Disclaimer
This Trine 4: The Nightmare Prince review is based on a PlayStation 4 copy provided by Frozenbyte.