Catch the fever… fishing fever. Are you ready to bite and check out The Fisherman – Fishing Planet review? Then allow us to reel you in!


The Fisherman is for all fans of nature and sport fishing! This simulation, made by and for fishing enthusiasts, recreates all the finer details of the art of fishing with unrivalled authenticity. Whether you are an amateur or seasoned angler, The Fisherman will give you the experience to improve your real-life fishing skills.

The Fisherman – Fishing Planet starts you off pretty quickly by allowing you to create your avatar with a very basic character creator. I shave my head in real life, and I usually try to replicate that on the custom characters I create. That being said, I only had three hairstyle options, and couldn’t figure out how to change the color of my hair. You can’t change your shirt, and you have three options in pants to choose. You’ll get to further customize your character with clothing later in the game as you earn it, but that’s about it. 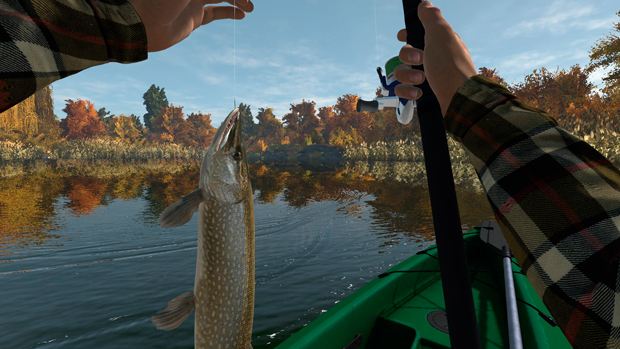 The reason you want to create a custom character and make them different is that you will be sent into a world with other players. When I entered the game, I ran into several players who looked exactly like me. I love the spark of creativity that personalizing your character can bring to the game and will spend an hour adjusting my look.

Getting past the lackluster character creator, you will dive right into the tutorial. It’s dry and feels a tad slow, but it does teach you the intricacies of The Fisherman – Fishing Planet. This is a real fishing sim, and it’s going to have a slower pace, which I appreciate. The game will walk you through the basics early on, such as casting the line, reeling fish in, using the menu system to switch bait, quick shortcuts, navigating the maps for the multiple lacks, and the various spots around it.

Navigation itself feels really stiff when you are walking around the map. It’s all in first-person, and the screen pans left and right when you turn, almost feeling like your character is waddling. Once you get to the fishing, past the tutorials, and get some time in the game, it all feels much better. Fishing isn’t a fast process, and it’s something I learned as a kid – it takes patience. Catching fish takes time. As you continue to upgrade your bait, equipment, reels, and more, you will be able to go after bigger and better catches. Every catch earns you some cash, and you can choose to keep or release the fish as you are playing. 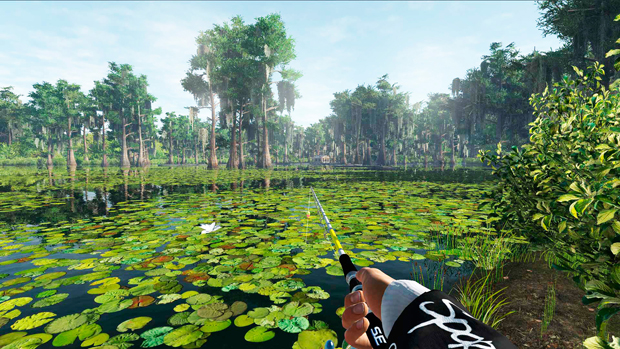 Fishing on the side of the lake, on a bridge, from a boat, it all feels great. Like, really great. From casting the line, waiting for the bite, reeling it in, and checking out your prize, it all feels rewarding, which is a nice gameplay loop. It’s good, and I’m glad to have had a great time with the game. It had me continue to put hours into the gameplay for this review, and I’ll probably keep going back, as the game is great for short bursts when I’m between other games or need a breather or a change of pace from a different title.

Some of The Fisherman – Fishing Planet freemium qualities of its initial release as a free to play game still feel present in this one. You earn a ton of the regular currency, which is great, as you will certainly need it. Every lake but one requires licenses to access, and there are different levels of licenses that allow different things, including night fishing and going after certain fish. Except for the starter lake, even with the licenses, you still need to pay every time you access the lake. The game also has a premium currency you can earn called Baitcoin. This seems like something that could have been removed from the game in this version as you are paying for a complete product. You still can’t buy Baitcoin separately, and instead, you earn it slowly. There are some nice items you can get with it, but, and it’s a big but, you can lose them. Also, everything degrades in the game, so you will need to spend more Baitcoin to repair those items. I wish that they had found a better way to move this freemium model to a standard pay model as it doesn’t feel quite right.

The Fisherman – Fishing Planet visuals feel dated, since this is an older PC title that has been out for a few years. It’s closer to looking like a late PlayStation 3 title than something from the PlayStation 4 generation, with some janky movement and animations. 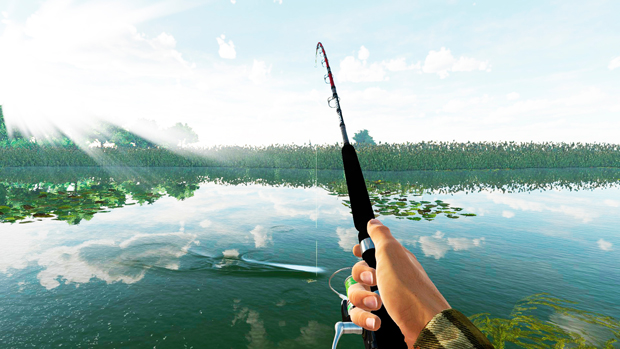 I’ve had a ton of complaints about the game, but did I like it? The answer is: yes! Once you get past the janky design and bad menus, The Fisherman – Fishing Planet is a good fishing simulator. Casting your line, making sure you have the right bait, waiting for the bite, reeling the fish in all feel great. I like the variety of lakes that are available and the various equipment you can get as well. I had fun playing the game, but I could see people being turned off before they get to that point. Hopefully, some patches and updates can address some of the issues I’ve mentioned.

Disclaimer
This The Fisherman – Fishing Planet review is based on a PlayStation 4 copy provided by Bigben Interactive.

Spirit Of The North Out Tomorrow

Incredible Mandy Out Next Week On Nintendo Switch