Go from zero to HERO in this fast-paced multiplayer dungeon crawler meets EPIC arena brawl! Choose your character, then race through a random dungeon to slay monsters, dodge traps and collect tons of loot to power-up. You’ll need it as there’s an opposing team racing through the same dungeon! Whomever reaches the end of dungeon first will trigger a vicious “winner-take-all” arena brawl. Two teams enter, one team is left standing. 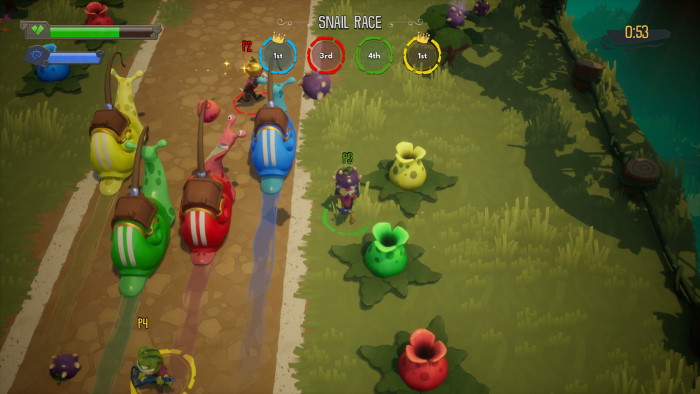 ReadySet Heroes is a multiplayer arcade-style release that can be played either locally or online – that is, if you’re a PlayStation Plus subscriber. As you begin, you are given the option to choose your character from those available (completing hidden challenges unlocks more characters), and select between either of two different game modes:

– Tower Crawl: Can be played either alone or with a second player. In this mode we get through increasingly difficult levels and have only three lives to reach the farthest and take out the different bosses that are on our way. This mode is a roguelike, so if you lose the three lives, you are back at square one.

– Crawl N’ Brawl: This can be played from 2 to 4 players. In a similar fashion as Tower Crawl, you must get through different levels but are in competition with other players. You must race against other players in a timed dungeon, and once the timer ends, every player is pitted against one another in either a Team or Free-For-All fashion. 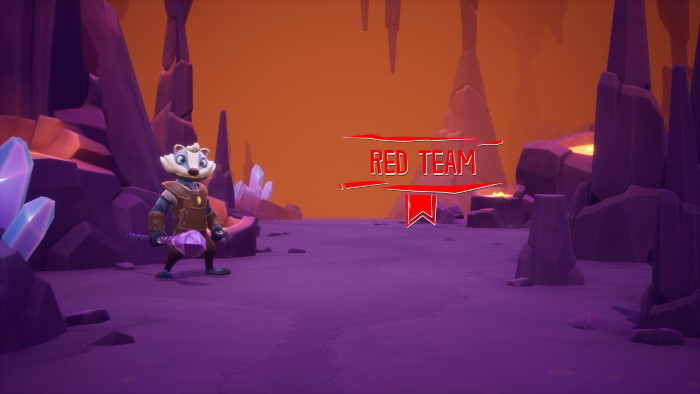 The basic gameplay consists of wandering from zone to zone and destroy every enemy in your path, sometimes activating some switches to open the path. Each game you begin with the basic gear, and this is upgraded as we progress through the levels. As for the controls, you attack by pressing the X button and automatically target the closest enemy. Each game is “randomly generated” using the different elements available, so each game is different from the others – in theory. In practice, the level pool is limited, so you will get to go through the same levels over and over again after a few games.


Each time a level is completed – with most levels taking a few minutes to complete – you will get the chance to upgrade your gear with a treasure chest. With the inclusion of this feature, the game felt very rewarding since there are lots of chests to open. Gear upgrades go to either attack power, defense, magic, and speed. I loved the inclusion of an anti-troll measure where you can only open one of the available chests at the end of the multiplayer levels in Tower Crawl, and even if the gear falls on the floor, it is locked to you, so it can’t be stolen by other players. 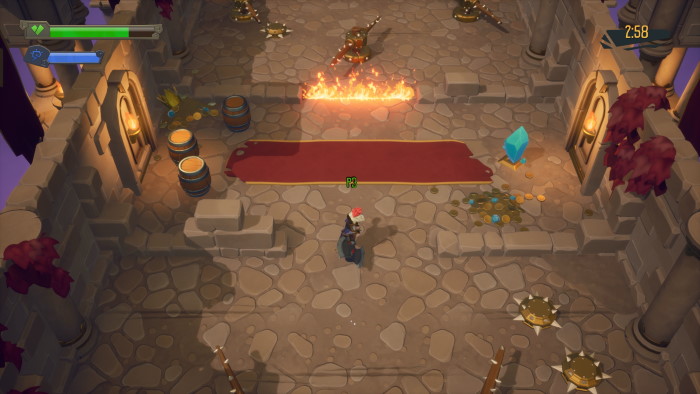 I liked how the gameplay was arcade and easy to pick up, so anybody coming over to play could join without prior knowledge to the game, and manage to be either helpful or a treat depending on which game mode we are playing. One more thing I loved was the inclusion of the single-player Tower Crawl, which meant I could have fun with the game even when my friends weren’t available. Another neat thing is how creative the four bosses are!


The graphics of the game are cartoony, with the game running at 60 frames per second. It’s not the prettiest game on the PlayStation 4, but it does have its charm. While the songs in the game are not something, you’ll find yourself humming along to as you walk through the grocery store. However, the boss theme was great and definitely got me pumped for the fight. As for the game’s trophies, they’re awarded as you progress through the game at a steady pace, and for destroying each of the different bosses in ReadySet Heroes. 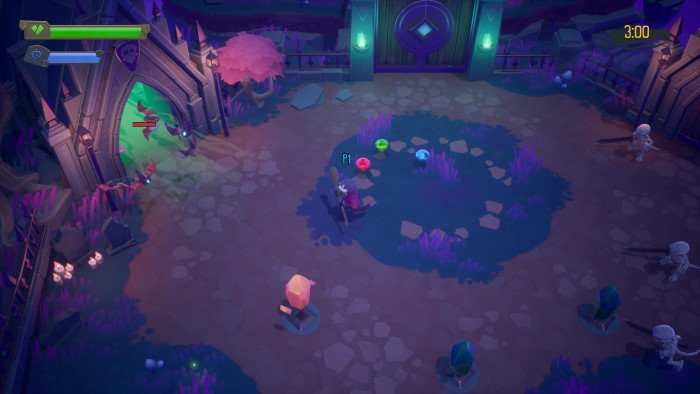 Two things stood out for me while playing ReadySet Heroes for this review. It felt like the game balance could use some work because when playing in single-player, the bosses are really hard to beat, while when playing in multiplayer, bosses were way easier to defeat. Also worth noting is that when playing Tower Crawl with a second player, there are still only three lives available, and these lives are shared between both players. This means that when I was playing with one of my kids, the game also felt unbalanced since our lives pool would be quickly depleted.


Final Thoughts
ReadySet Heroes is a great solo or multiplayer release, with two different game modes that are fun to play, while also being really rewarding with new gear landing up every few minutes. Even if it currently does lack some longterm replay value, it is still a very easy one to recommend if you’re looking for something that is instantly fun on PlayStation 4. 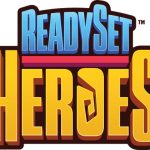 Disclaimer
This ReadySet Heroes review is based on a PlayStation 4 copy provided by Sony Computer Entertainment.