Exception is a fast-paced action platformer on PS4 that will appeal to regular players as well as to speedrunners. Learn more in our Exception review!


Exception is an action platformer that requires precise timing and fast fingers… at least if you want to get the best time possible and aim for a spot in the leaderboards. It has a futuristic shiny look, and an interesting twist for its core gameplay mechanic: as you progress through a level you will reach different triggers that will change the layout of the stage, challenging you to quickly find the right way to carry on towards the next change marker, or the marker that will end the level. 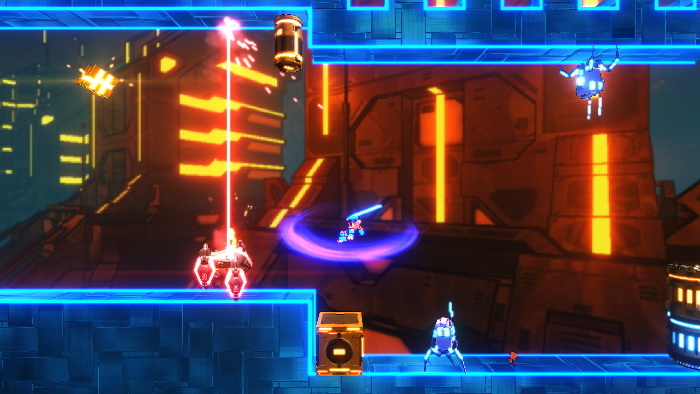 The story setup is a bit weird since you’re actually battling against a big virus named Titan, which has infected the computer of an old lady named Alice – username Alice34. The programs inside of the computer worship Alice34 as their creator, but end up being affected by the old lady clicking on one of those weird pop-ups that show up when browsing not-so-safe sites in the web. Titan ends up wreaking havoc on the computer, and it’s up to you to defend everyone and defeat the other virus that intends on rendering the computers useless. You play as Thread, with a very loooooong number at the end of his name. He is one of millions of threads in the computer which belongs to the aforementioned elderly woman. 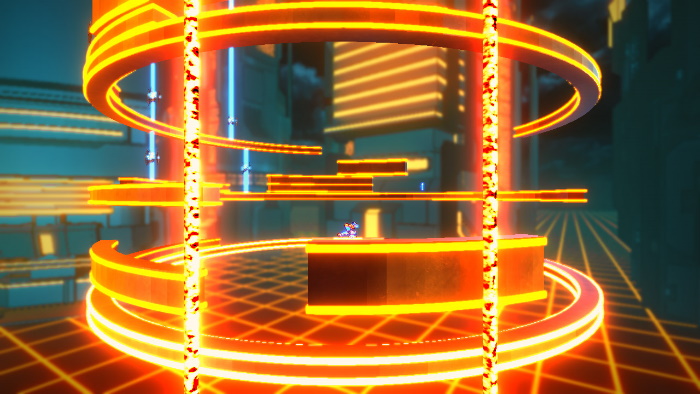 When talking about video games in which the perspective of the level changes as you go, one is reminded of FEX, a game by Phil Fish, a release that was very popular many years ago. For Exception, the shifting of each level is more fast-paced, and if you want to get a good enough total time for the level, you will need to time when you jump and hit the marker that changes the level around, so that you can line up your next jump to carry on running, jumping, slashing and wall jumping around the stage so that you cut down on your overall time bit by bit. 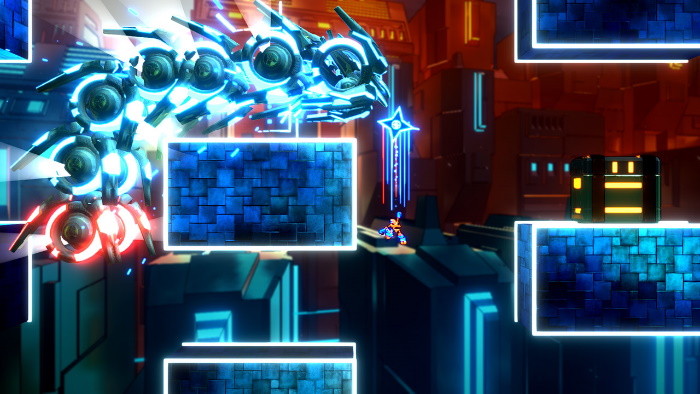 The gameplay is pretty challenging, and accuracy and proper timing are extremely important. You need to be fast in every level as you run and jump, avoiding hazards and slashing at enemies to defeat them and to add to your total score. As for the game’s difficulty, new elements are introduced gradually as to not overwhelm players, so that you can get the hang of things before the next element is presented. Speedrunners will love Exception, as they try to shave down a second or two of their time, finding a new way to take on a jump, or defeating more enemies along the way. 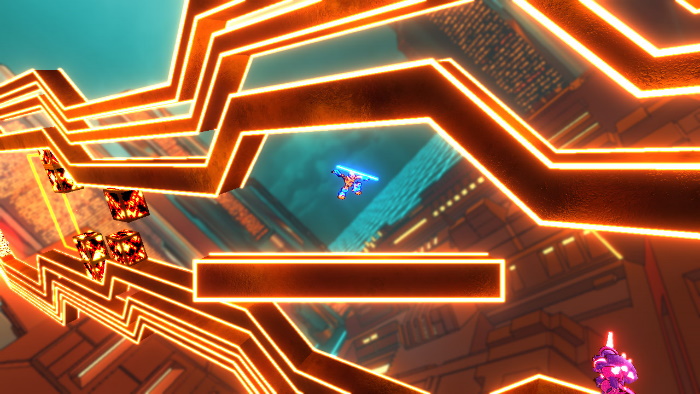 Combat is not going to be the focus of the game since enemies are very easy to defeat, but the challenge lies in finding the best route from point A to point B to be able to clear a level as fast as possible while defeating as many enemies – or all enemies – during that run through a particular stage. Stronger enemies only have one purpose: to slow you down and hurt your chance of getting a higher spot on the leaderboards. 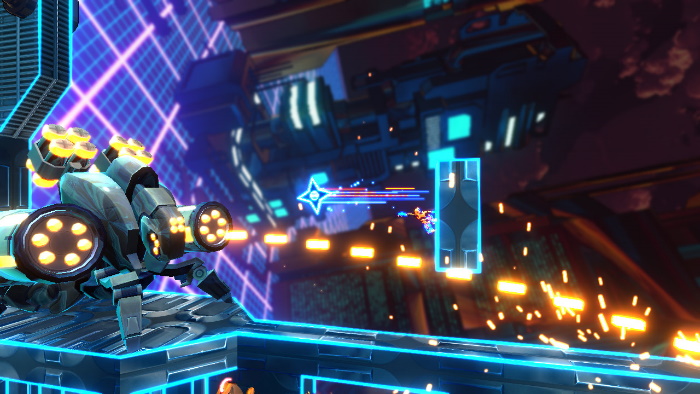 You’ll run into a boss fight every now and then, and while you should also aim at completing them in the fastest time possible, this is not possible all the time, since you’ll first need to learn the movement and attack pattern of each boss before you can try to speedrun the fight as well. The difficulty does ramp up during boss fights, but the good news is that the levels you play before the boss fight will prepare you for that particular battle. 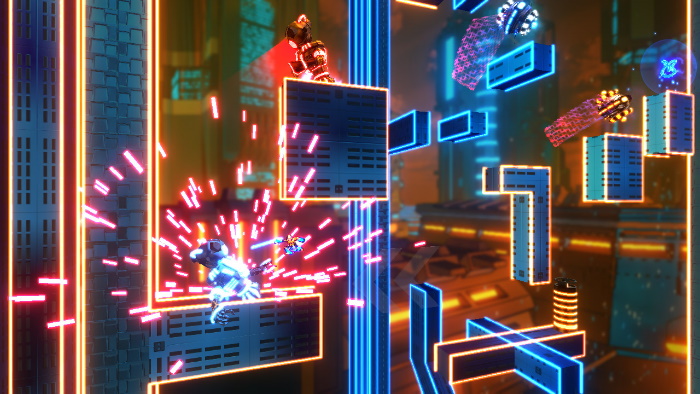 Exception is a good looking and fast-paced action platformer that is a lot of fun. Players of all skill levels can play this one since even those not very familiar with the action platformer genre can take on each stage at a slow but steady pace, eventually finding a way to reach the end. Speedrunners will find a great game to test their skills since the game offers a nice variety of bonus objectives to complete for each stage to cut down on your overall time. Exceptin is available for $14.99 and is definitely worth a look.

Disclaimer
This Exception review is based on a PlayStation 4 copy provided by Traxmaster Software.