Help restore a town to its former glory with a magical paintbrush and the help from some of your drawing brought to life. Check out our Concrete Genie review!


Concrete Genie follows the heartwarming journey of a bullied teen named Ash, who escapes his troubles by bringing his colorful imagination to life in his sketchbook, while exploring his hometown of Denska – a once bright and bustling seaside town now polluted by Darkness.

Ash discovers a mysterious lighthouse, where he finds a magical energy that charges his paintbrush with ‘Living Paint’ capable of creating magnificent masterpieces that can purify Denska’s polluted walls.

Ash must harness the magical properties of his powerful paintbrush to eliminate the Darkness polluting Denska with the help of the mischievous Genies he creates along the way.

Can Ash overcome his personal struggles and paint his hometown back to life?


Concrete Genie is brought to us by PixelOpus who were responsible for Entwined a few years ago on the PS4, Entwined wasn’ t the best PS4 title, but it did show promise in the studio. It’s been quite a few years, but the team has returned with Concrete Genie.

Concrete Genie tells two stories, one about Ash the main protagonist and Denska, a city that’s been overtaken by darkness. Concrete Genie will weave those two narratives in a compelling fashion. The city has been abandoned after darkness has invaded with only a few kids left around it causing issues of destruction, enter Ash an Artist who misses what Denska used to be reliving it in his sketchbook. He draws creatures and art inspired by what he remembers from Denska in its glory. Even though his parents told him not to go to Denska, he does anyway and runs into the group of kids who bully him, they catch up with him and tear all of the sketches out of his notepad and drop them into the port, then put him on a trolly to the abandoned lighthouse. 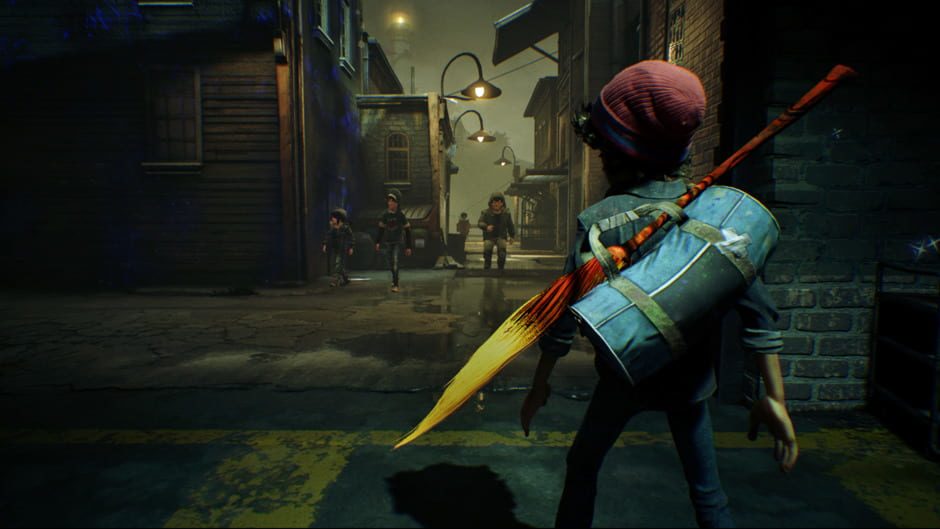 At the Lighthouse Ash notices that some of the pages from his sketchbook is floating around. When he catches it he notices it has one of his most recent creations in Luna. After finding a magic paintbrush with living paint on it, he brings Luna to life. Your first concrete genie. Soon you are tasked with using the brush to bring the island back to life, finding more of your pages scattered across the island, featuring drawings of environmental pieces, genie bodies, and parts for the genies. I liked the setup to the story, as it made you feel for Ash and setup the story for the rest of the game well. Interesting enough they did manage to give the bullies unique personalities as well, which will factor later on in the story as you progress, but it definitely tugs on the heartstrings.

When you want to paint you will tap the R2 button to bring up a menu of your sketches, once you choose something you want to sketch, you will see a reticle controlled by your controller’s motion control, and you move the controller like a brush painting them into the environment. It’s not freehand per se, but you can paint whatever you want on the walls, long free-flowing grass, rainbows in the background, a sun shining bright with some flowers swaying in the field. As you get more pages you will have more design options available to you. From the trailers, I wasn’t sure how the art itself would work, this is probably the best way to get it done. I found myself consistently producing beautiful pieces on the walls, bright and shimmering full of life. It was really cool. 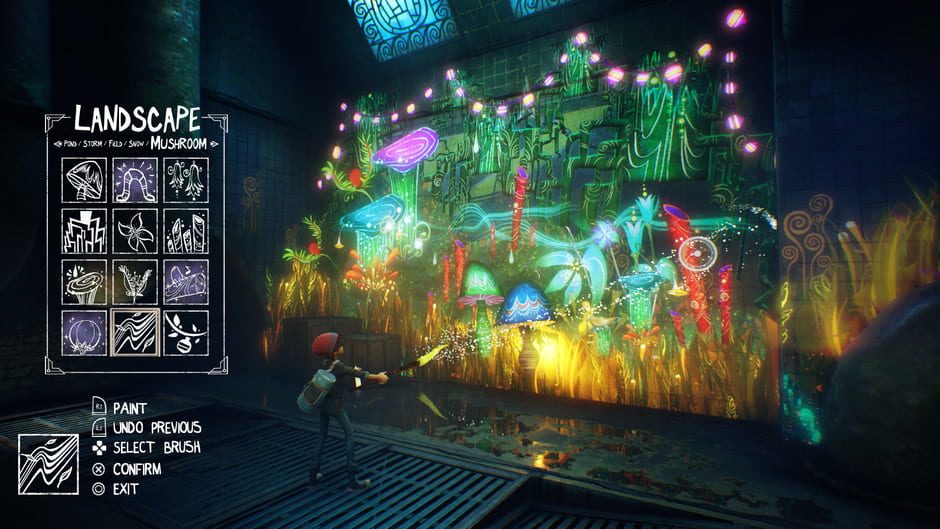 Traversal is what you would expect, wander around the city, climb, basic stealth areas and explore. You have a few goals in each area, including finding pages, which give you access to more drawings and lighting up the lights littered around the city with your paint, helping expel the darkness from the different areas. You will need some help along the way and that’s where the genies come into play. You will see certain areas on the floor with a genie on the ground, here you can summon a genie in different elemental forms. They will help you get around, the electric genies will touch power boxes, turning the power on moving things or opening doors. Fire genies will burn through red cloaks, wind genies will blow the blue-covered obstacles around. When you paint the genie you can make it your own, customizing it with horns, antennas, hats, and whatever features you see fit. They truly do come to life each with its own personality as it moves along the walls to help you out, they will sometimes ask you for certain drawings such as an apple as they are hungry, either filling up your super paint(we’ll talk about that in a second) or completing one of those tasks for you to help you proceed further. They are adorable though and its really cool to see.

You will find some areas where the darkness has invaded the walls and your genies can’t get past, that’s where Superpaint comes in. It’s a meter at the bottom of your screen. It will typically fill up as you play with your genies when they make requests. Once you find a spot where they can’t get past, hold both trigger buttons and your magic brush will now start using super paint, obliterating any of the issues on the wall, allowing your genies to proceed. I never found these as a big hurdle as when I needed super paint it was easy enough for me to get, so it never held me back much. 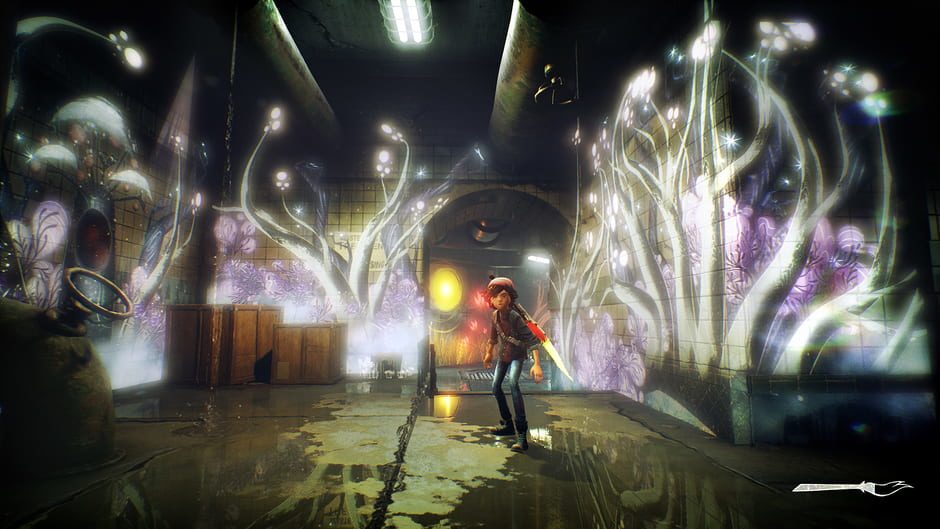 For whatever reason, combat is introduced at the very final part of the game, it’s clunky, but it works. It’s honestly not one of Concrete Genie’s strong suits, and I see why it was held to the end of the game, but I could have done without it. There are some enemies and dark paint monsters added in at the end, you get some elemental effects and you have to use the right one against the monsters, but it just feels like an afterthought with how late it debuts.

The game also has a really neat PSVR mode if you have the headset and two PS Move wands, you are essentially painting in first-person using the move wands as your brushes. It’s not a full mode and much more of a side project, but it’s a neat experiment, that hopefully will lead to more of this universe in VR at some point. Don’t buy VR just for this mode on the game, but if you have it it’s nice on the side.

Concrete Genie is gorgeous on my PS4 pro, it is in 4k designed for the system. I’ve talked already about how dark the city is, but once you start bringing it to life with your paint, your screen is filled with bright colors and full of life. It’s such a nice contrast and very different from a lot of what we have been playing this generation. Unlike some other first-party titles, this isn’t a top tier game, but for PixelOpus second game for Sony, it’s a huge step and I look forward to the future. 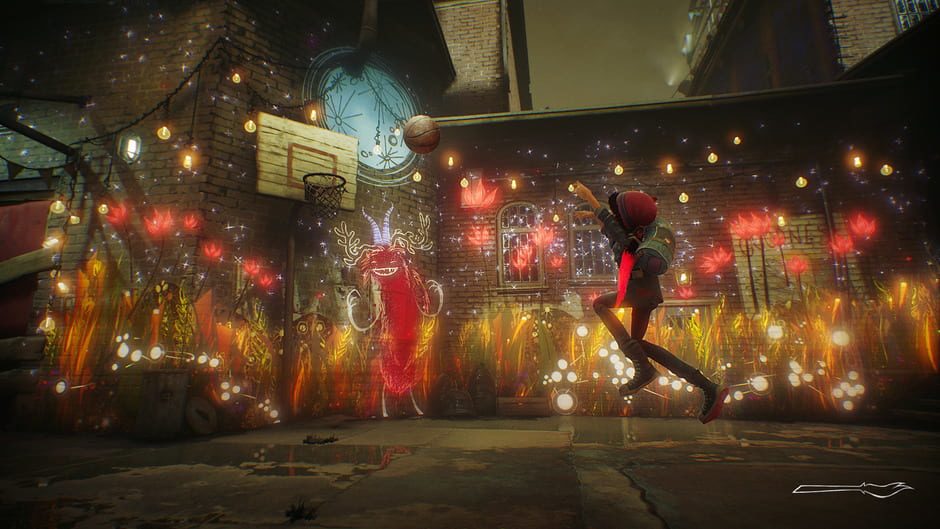 I loved Concrete Genie and the personality it has. Your art when you create it is brimming with life, your genies have their own personalities, each customzied to how you want them to look. The traversal still feels rigid, especially for a first-party title and the combat comes out of nowhere near the end of the game feels tacked on and I would have preferred it just not be included, but bringing Denska back to life is worth the trip and it’s an easy recommendation.

Disclaimer
This Concrete Genie review is based on a PlayStation 4 copy provided by >Sony Interactive Entertainment.

The Fisherman – Fishing Planet Out Now