This is a double review for Super Box Land Demake. EdEN and Ceidz played the game, and this review presents what they both had to say.

Super Box Land Demake is a single-player and local multiplayer puzzle game in which, as the name suggests, you’ll be pushing around boxes around 100 levels, trying to have them land on the floor switches that will allow you to open up the door at the top of the screen so that you can run over there and exit the area, arriving at a new stage on which you’ll do the same thing over and over again. 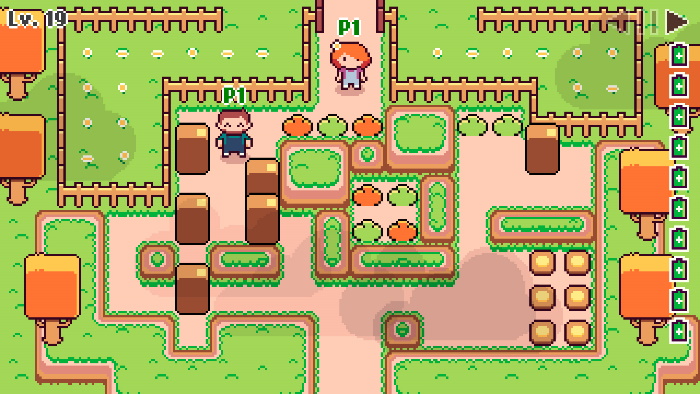 As you get started, you’ll get to select between the Easy, Normal, and Hard difficulty settings. In Easy, your Magic Cam has an unlimited battery, so you can undo moves as many times as you want. For Normal, you’ll need to collect batteries to keep your Magic Cam working, which is why the number of times you can undo your moves is limited. If playing in Hard, the Magic Cam is not available at all, so you can’t undo your moves! You can then decide to play the game in single-player mode with one character, in single-player mode with two characters, or in local co-op with two players, each one controlling a character. 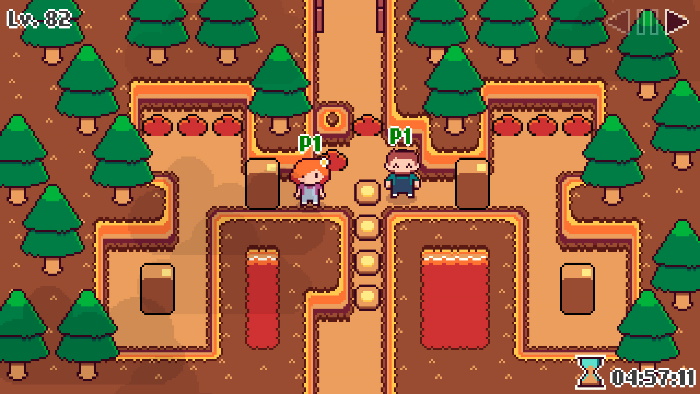 Once you get going, you’ll be presented with a series of stages of increasing difficulty in which you’ll have to move boxes around the area by pushing them towards the floor switches that need to be activated in order to open the door that leads you to the next stage. Some levels will have a lot of boxes to move around the stage, while others might have just the one or two boxes but plenty of obstacles to get in your way to make it harder to place it on its corresponding floor switch. The game offers a nice difficulty curve and is fun to play from start to finish, without ever feeling unfair. 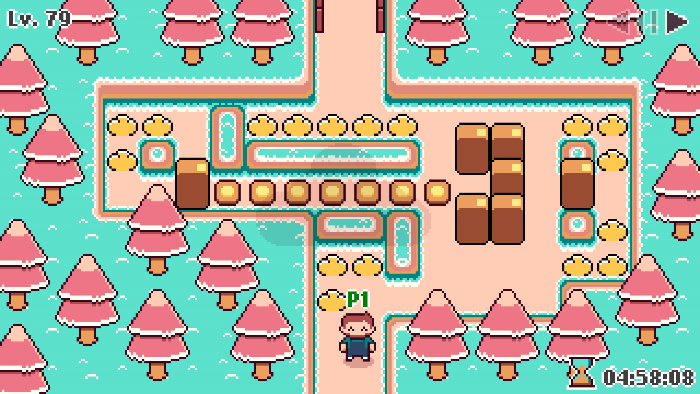 Ratalika Games is here with a new release, and this time it’s a minimalist and colorful puzzle game on PlayStation Vita and PlayStation 4 thanks to its cross-buy feature – as well as a low $4.99 price tag. You’ll be moving boxes as you run around each level, trying to not make any mistakes that will force you to start over if your Magic Cam runs out of battery – unless, like EdEN said, you’re playing this one in Easy (unlimited Magic Cam) or Hard (no access to the Magic Cam). 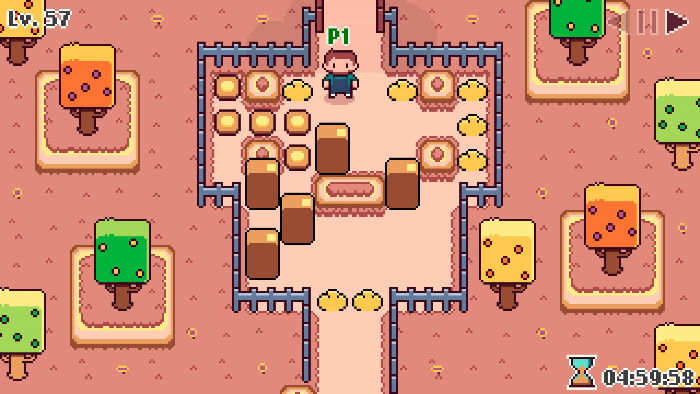 When you finish the first world, which is levels 1 to 20, and you’ll be presented with a short mini-game in which you take control of a colorful airplane in a shoot ‘em up section with balloons of different colors and bombs that will explode when shot. You need to complete the mini-game, moving your airplane left and right as it automatically moves forward towards the other end of the ocean, to reach the next world and, therefore, the next set of levels to take on. This mini-game will also appear after completing the next world. 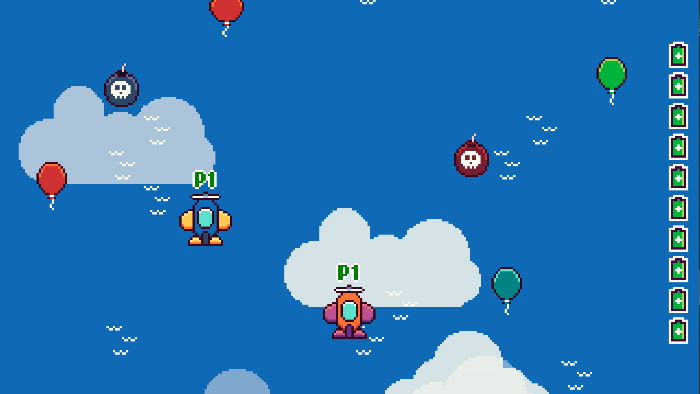 Something I liked was that once you have placed all blocks over the available floor switches to make the door open, you can then move any of the blocks out of the way if they’re blocking your path towards the exit, and this won’t make the door close up! I’ve played many games where floor switches need to be pressed at all times for them to remain active, so I was happy to see that after I accidentally moved a block away from a floor switch and into a corner I couldn’t move it out from, the door remained closed without issues. 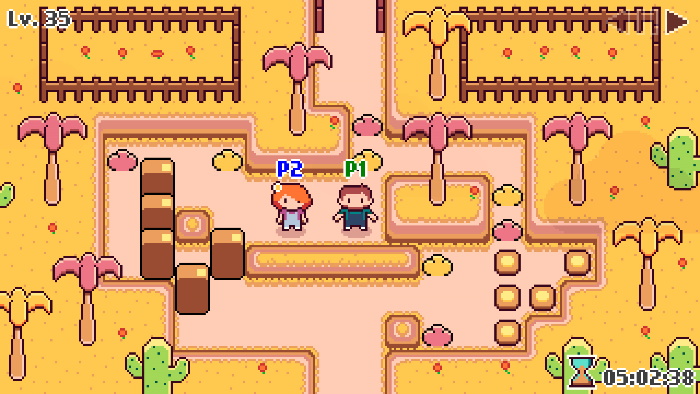 As for the game’s trophies, you’re going to unlock a Platinum trophy for your efforts, and the PlayStation Vita and PlayStation 4 versions of the game each feature a separate trophy list. The objectives for unlocking the trophies are tied to completing 40 of the 100 levels, as well as to completing a level using both characters, for popping a balloon during the mini-game section, as well as by exploding a bomb by shooting it from a safe distance.

Final Thoughts
We had fun playing Super Box Land Demake for this review since it’s a fun puzzle game with easy to understand gameplay mechanics that won’t be too taxing on your brain. Once you’ve completed the first 20 levels in the game, the rest will be taken care of at a steady pace without making you feel overwhelmed. It’s a good option available at a low price, and this being a Ratalaika Games release means trophy hunters are getting two Platinum trophies for only $4.99.

Disclaimer
This Super Box Land Demake review is based on PlayStation 4 and PlayStation Vita copies provided by Ratalaika Games.

Bee Simulator Out Next Month