This is a double review for Just Ignore them. EdEN and Ceidz played the game, and this review presents what they both had to say.

The first thing you’ll see in Just Ignore Them is a warning informing you that it includes scenes of graphic and disturbing nature as well as inappropriate language so that you know what you’re getting yourself into. In the game, you’ll get to control Mark, who, during this particular point and click adventure is trying to escape the monsters that are after him. It all started back when he was eight years old, after his father’s disappearance. As you can probably imagine, this short pixel adventure will go into psychological horror territory. 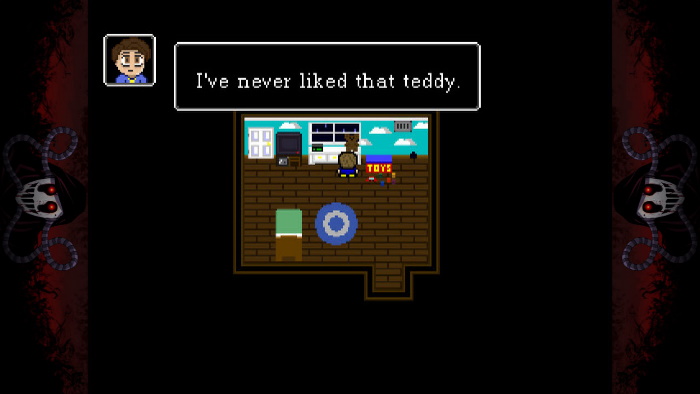 You’ll control your character by moving a cursor with the left analog stick, checking things with the Circle button, and interact with objects by pressing the X button. Since this is a point and click adventure game, you’ll be able to combine items in your inventory as needed. That’s all that you’ll need to worry about as far as the game’s controls are concerned! The game will let you know about all this with a short tutorial where it’s all presented to you as a short series of text windows. 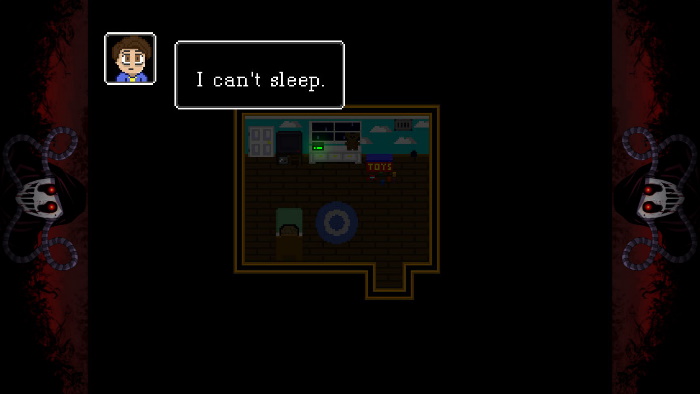 By interacting with objects and making selections when presented with more than one option, you’ll either find an item you’ll be able to put to good use a bit later, get some extra information, or die. That’s right, for Just Ignore Them, it turns out that the monsters that most kids think are hiding in the dark, waiting for them to try and fall asleep… are actually real and extremely dangerous! You can and will die in this one depending on the choices you make as you go, so don’t forget to save your game every now and then!

As EdEN mentioned, the controls for Just Ignore Them are very easy to get the hang of. When you play the game on the PlayStation Vita, which is the version I played for this double review, you can also decide to use the portable console’s touchscreen, which is great since you can then use your fingers to point and click over objects to interact with them, and you can also touch the PlayStation Vita’s screen to display the next dialogue message. 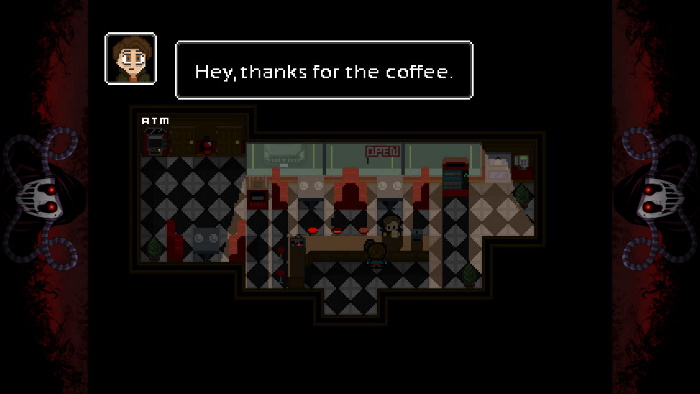 Speaking of the PlayStation Vita version of the game, this one is played in an old-school 4:3 presentation with borders on each side showing one of the monsters in order to fit the Vita’s screen and not have large black bars on the side. While the game looks good on the portable console’s screen, I did find that moving the cursor around and clicking on objects was trickier on the PlayStation Vita when compared to the PlayStation 4, due to the difference in size between playing the game on a TV and on the Vita’s relatively small screen. 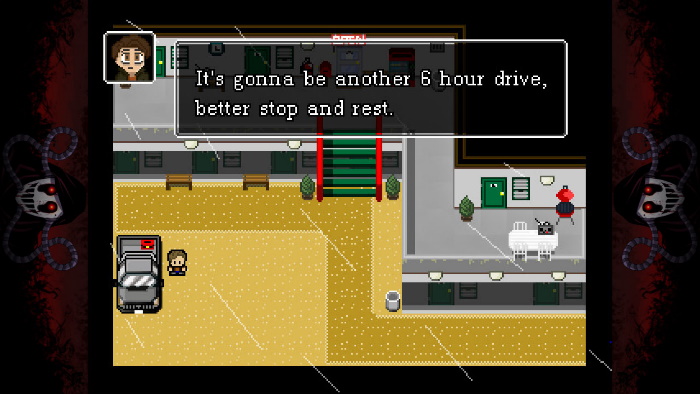 As for the trophies for Just Ignore Them, Ratalaika Games is once again giving us a cross-buy game with separate trophy lists for the PlayStation 4 and the PlayStation Vita versions, so you can get up to two Platinum trophies if you play the game on both consoles. There are several missable trophies for this one, so if you’re a trophy hunter and don’t want to have to replay the whole thing several times, you might want to look around for a trophy guide that will certainly save you a lot of time. 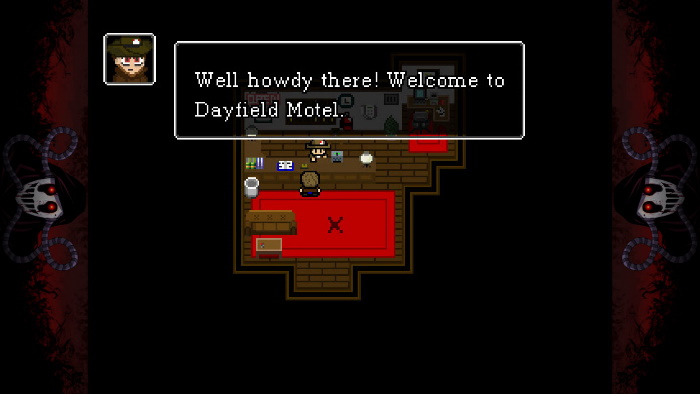 Final Thoughts
For its price, Just Ignore Them offers a decent amount of content, as well as some nice replay value thanks to the game having different endings. We can’t talk about the story past the introduction paragraph in this review since it’s a short experience, and mentioning anything else would ruin your time with it. You’ll be completing this one in a couple of hours or so, and for only $4.99 you’ll get a cross-buy game with two Platinum trophies to add to your collection.

Disclaimer
This Just Ignore Them review is based on PlayStation 4 and PlayStation Vita copies provided by Ratalaika Games.