This is a double review for Distraint: Deluxe Edition. EdEN and Ceidz played the game, and this review presents what they both had to say.

In 2D psychological horror adventure game Distraint: Deluxe Edition, you take control of Price, a young man who makes a living by evicting people from their home. One day he ends up seizing the property of an old woman who has fallen way behind on her payments. It is at this moment that the screen turns darker and something weird starts to creep down from the upper part of the screen, which will immediately let you know what type of game you’re getting yourself into. 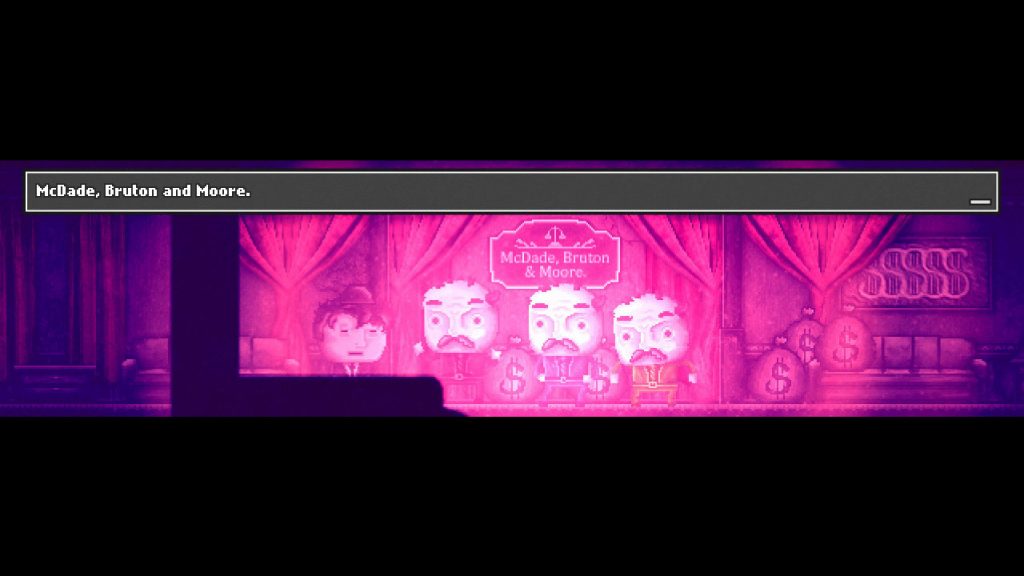 Like with other adventure games, you’re going to be interacting with things and people, as well as collect items that can be used later on to solve a puzzle or two. When you pick up your first item, you’ll be prompted to open up your inventory by pressing and holding down the L1, R1, or Triangle button. While holding down the L1, R1, or Triangle button, you can press the X button to cycle through your available items to select the one that will be active. Doing this will make it so that Price will try to use the item with whatever you interact with, which will sometimes be needed to solve a puzzle. 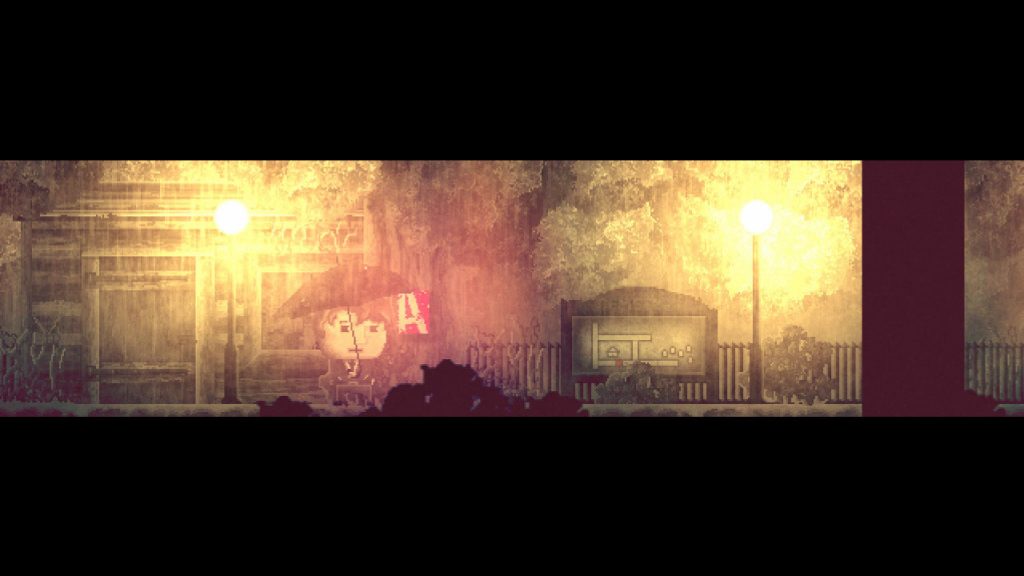 To give you an idea of the lite puzzle elements you’re going to find yourself experiencing, allow me to spoil the first puzzle in the game – and nothing more than the first puzzle. After the aforementioned tutorial, you will be able to exit the bathroom in which you found your first item: an ice cube inside of a very cold bathtub. Exiting the bathroom, you can make your way to the right side of the room to find an oven. Selecting the ice cube from your inventory will allow Price to interact with the oven, and once the ice cube is in the oven, it will melt away, revealing a key. 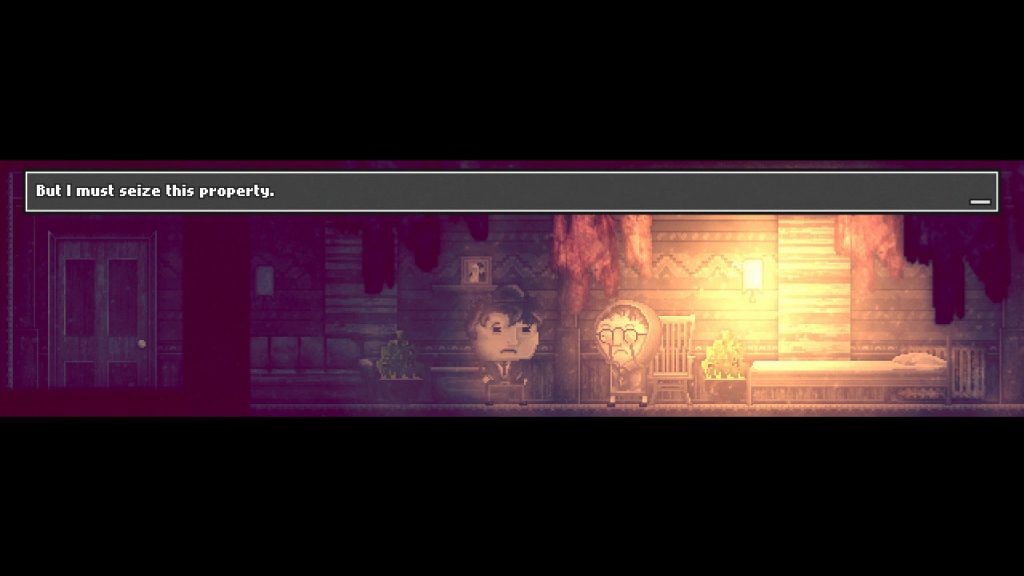 I had fun playing Distraint. It has an interesting art style, lite puzzle elements, an interesting story and setup, and a great budget $5.99 price, which is going to get you the PlayStation 4 and the PlayStation Vita versions for only $5.99 thanks to its cross-buy nature. Oh, one more thing before I forget: Distraint does not save your automatically save your progress, so be sure to use the save points you run into so that you can carry on later if you decide to stop playing… or if something bad happens.

Distraint: Deluxe Edition is a charming-in-a-weird-way adventure game with an art style that certainly grabbed my attention! The way the game looks, along with how main character Price seems to be falling down a very dark path, makes this one stand out on the PlayStation family. You’re going to be seeing a lot of weirdly lit rooms, some areas that have seen better days, and spots that… seem to be covered in a lot of blood? What exactly is going on? Is any of this real, or is it all in Price’s head? 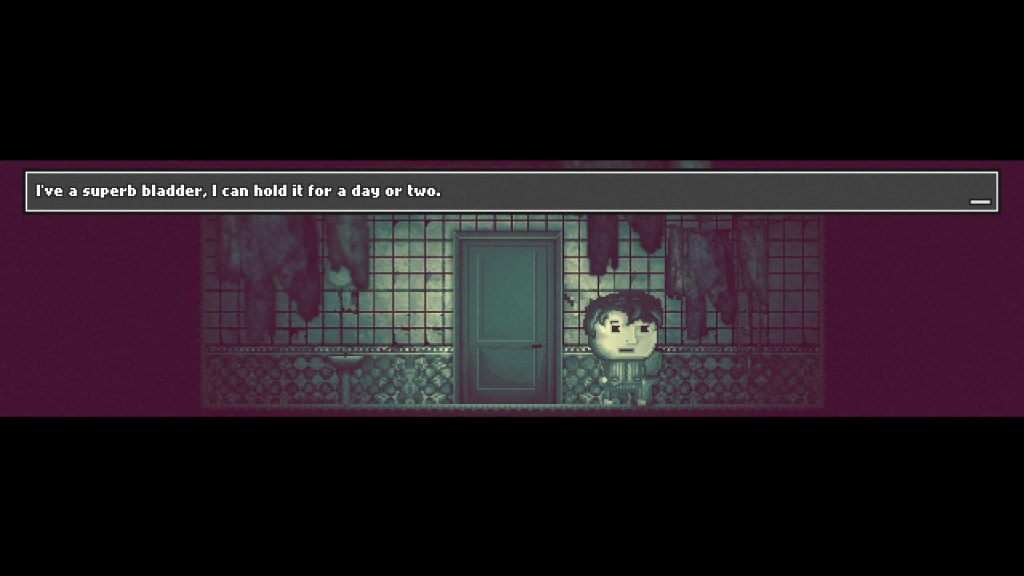 There are some weird sequences in this one, like when Price interacts with what seems to be a bloody couch that addresses the elephant in the room… and then an actual elephant pops into the scene and starts chasing the protagonist. And as soon as this elephant starts chasing you, as you run down the hall, you will notice that the sweet old lady from which you took her home is popping up in the hallway, crying in despair. And then she’ll show up again a second later. And then a third time, and then it will be old lady after old lady, crying in unison – this probably is to represent Prince’s shame for having done what he did. 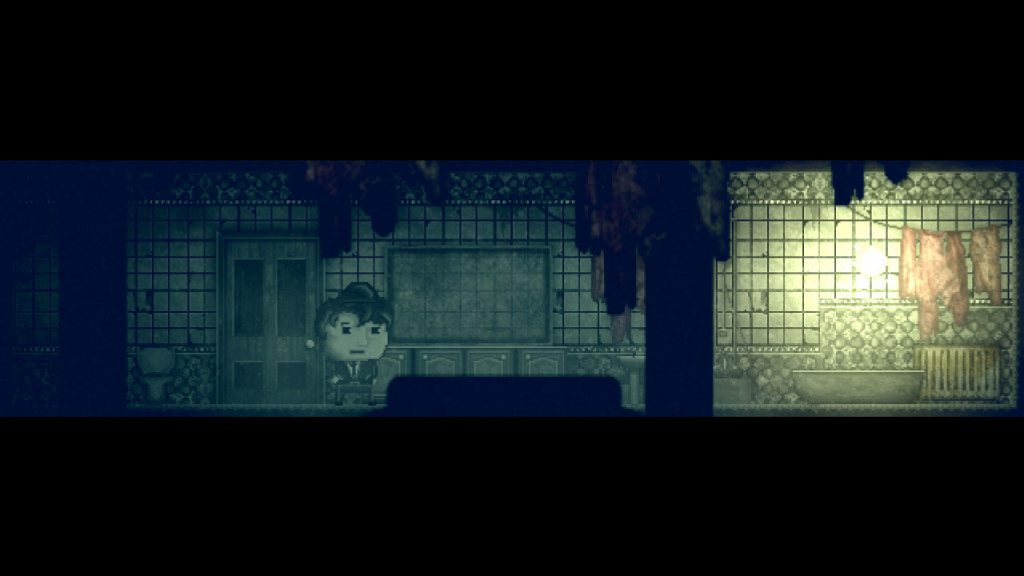 As for the game’s trophies, this one includes a Platinum trophy, and thanks to its Cross-Buy nature, once you buy the game you’ll gain access to the PS4 and the PlayStation Vita versions of Distraint: Deluxe Edition, as well as to two separate trophy lists! The trophies are going to ask that you finish each of the game’s chapters while completing miscellaneous objectives on the side. Several are related to your progress through the game’s story, so you will have a new Platinum for your collection after a couple of hours at most. 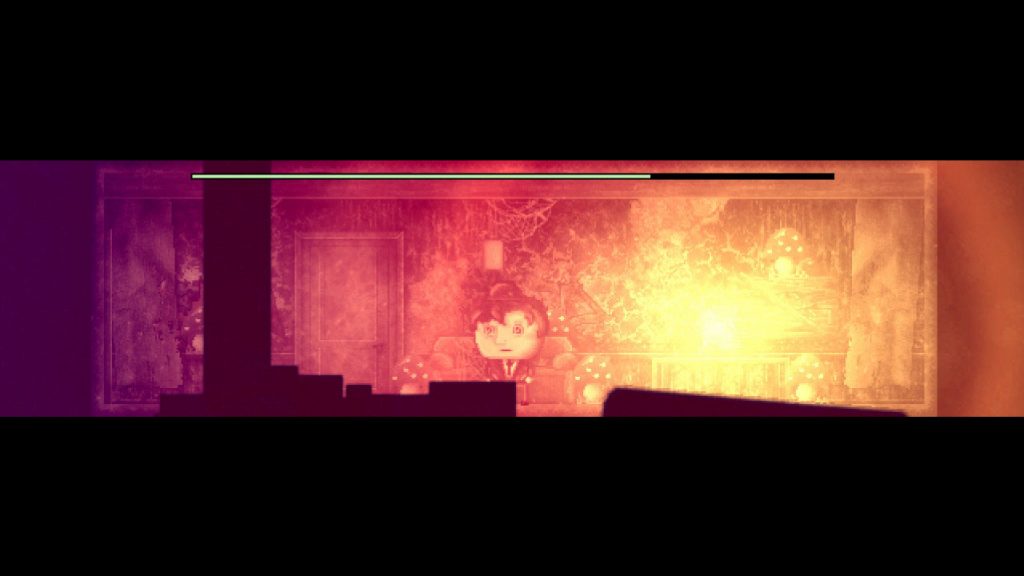 Final Thoughts
Distraint: Deluxe Edition is a 2D psychological horror adventure game that quickly takes things into a dark place a few minutes after you get started. It has an interesting art style, a dark story that grabs you from the start, and simple gameplay puzzle mechanics that keep you going until the end. It’s a budget release at $5.99 on PlayStation, and it’s also a cross-buy release, so buying it on PS Vita will also get you the PlayStation 4 version and vice-versa, which also means trophy hunters will get two Platinum trophies for their collection at a low price.

Disclaimer
This Distraint: Deluxe Edition review is based on PlayStation 4 and PlayStation Vita copies provided by Ratalaika Games.

Family Tree Out On Nintendo Switch