Untitled Goose Game from House House and Panic is a release I had been looking forward to playing as soon as I saw the reveal trailer. You know, back when it was called Untitled Goose Game, a name that ended up being stuck to the titular goose’s adventure since it was a name that just felt right. For this particular game, you will take control of a rather charming goose that is out and about, ready to do the things that a goose does when humans are foolish enough to try and stand in its way. 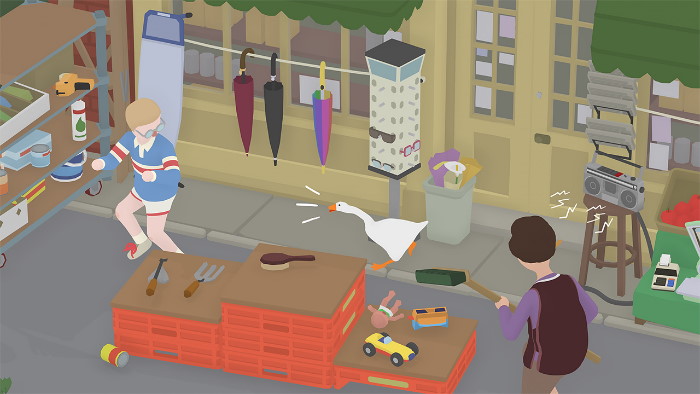 Your goose will be controlled with the left analog stick, as it waddles around each of the areas, you’ll get to visit. Said goose can run with the B button, grab onto things with the A button – which is a crucial gameplay mechanic -, and honk its worries away with the Y button – another thing that is a must. If you need to crouch, you can do so with the ZL button, and you can flap, flap, flap with the ZR button. Want to zoom out or zoom in on the action? Then you can use the R and L buttons, respectively. 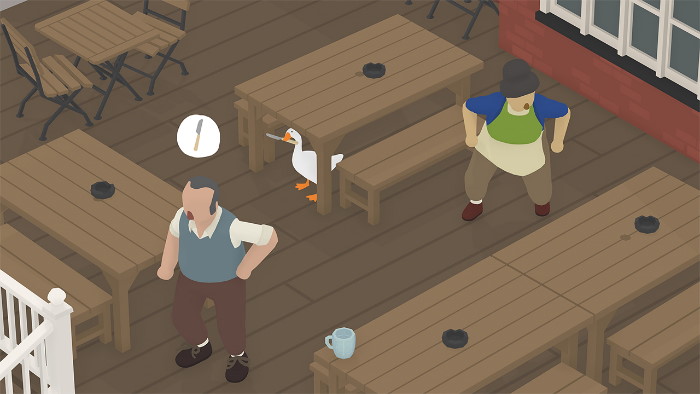 After a short tutorial section that will show you the ropes, you’ll be ready to dive into the game proper. One title screen later, you’ll be ready to take on your first set of objectives. Every step of the way, you should be sure to check your to-do list so that you can know what your objectives are for this journey. As an example, your starting to-do list will include things such as getting into the garden, stealing the groundskeeper’s keys, and having a picnic by procuring an assortment of items. Complete an objective, and it will be crossed out from your list. 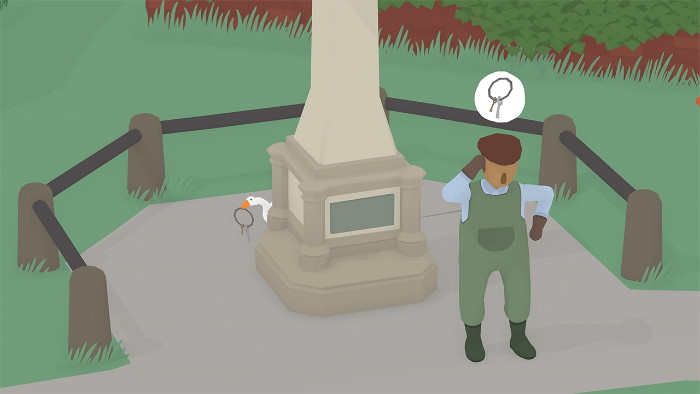 Each of the objectives you have to complete can be worked on as you please, and some of them will feature more than one solution. Take, for example, the first thing on your to-do list as you start the game: getting into the garden. To do this, you could use a hole on the side of the left wall of the garden, which is being blocked by a box. You could also honk to have the groundskeeper notice you, or grab the radio that is sitting out on top of a couple of bags of fertilizer – either one will have him open the gate to the garden so that you can get inside. 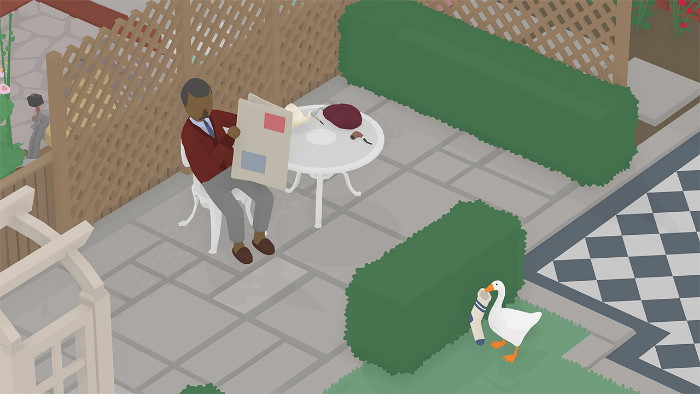 Completing the objectives for one area and crossing them off your list will allow you to find the way to open the path towards the next location, and once you get there you’ll get a new to do list, which will once again include you having to collect a variety of items, performing a couple of specific actions, and having to annoy the pesky humans who are too stubborn to get out of your way. Don’t worry about it, because they most certainly deserve this treatment. I won’t spoil the other interactions you’ll have with the punny human, but rest assured they will be a blast. 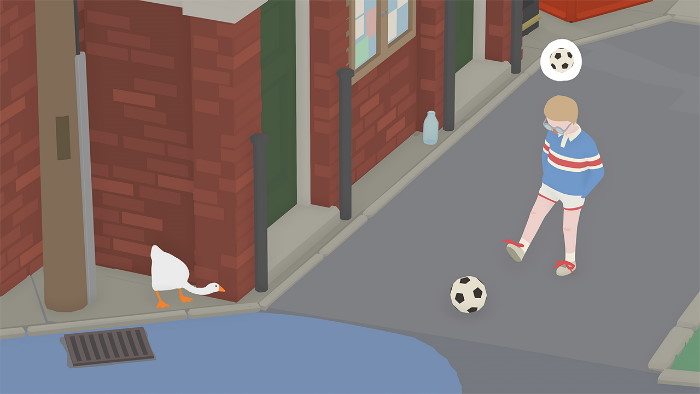 Untitled Goose Game is ready for you on Nintendo Switch for only $19.99 and is worth every single penny. You’ve never played a game like Untitled Goose Game, and I can assure you that once you manage to complete the game, you’ll be left with a big grin on your face and nothing but fond memories of your actions. It’s a serious contender for not only best indie game on Nintendo Switch but outright GOTY. Don’t miss out and go buy it right now!

Disclaimer
This Untitled Goose Game review is based on a Nintendo Switch copy provided by Panic.

Candleman Out Today On Nintendo Switch