Lethis – Path of Progress from Triskell Interactive, Seaven Studio, and Plug In Digital is a fun take on the city building sim genre, spun into shape with a steampunk twist. Thanks to the discovery of condensed steam as a viable energy source, the Industrial Revolution kicks into effect. Towns start to grow into cities, with many services and commodities that would have been impossible to have a decade before. Your task as an urban planner is to make the most of the new technologies to help each city continue to grow at a steady pace while making sure that all of the citizens’ needs are met.

So, what’s new for Lethis – Path of Progress on the Nintendo Switch? Well, the team has taken to rebalancing different things for the game to offer players a smoother difficulty curve for an overall better experience. On top of this, the version on Nintendo’s hybrid console benefits from having a ton of bug fixing applied to its version right from the start, as well as being able to take advantage of a new user interface, along with being able to control the game with the Joy-Con when playing in Docked, Portable or Tabletop mode, or using the Nintendo Switch’s touchscreen when playing in Portable or Tabletop mode. 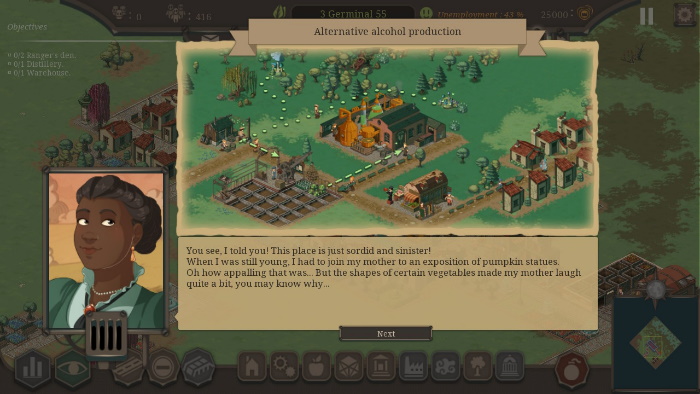 Because of this, you’ll be able to control an on-screen cursor with the left analog stick as you pan the camera around with the right analog stick. If you need to take a better look at an area, you can zoom in with the ZR button or zoom out with the ZL button if you need to zoom out. To navigate the interface at the top of the screen, you will need to use the L and R buttons as needed. The interface on the bottom of the screen will end up being controlled with the D-Pad. You can confirm your choices and build structures by pressing the A button. There is also the option of rotating buildings as needed by pressing the Y button – and yes, that is very weird… at first.

To learn the basics and to get the hang of things, you should first play the tutorial that Lethis – Path of Progress has to offer. You’ll take on a set of five missions that will present you with different tasks to complete, making the tutorial the perfect size to teach you what you need to know without overwhelming you with information or making you feel as if you were missing something. 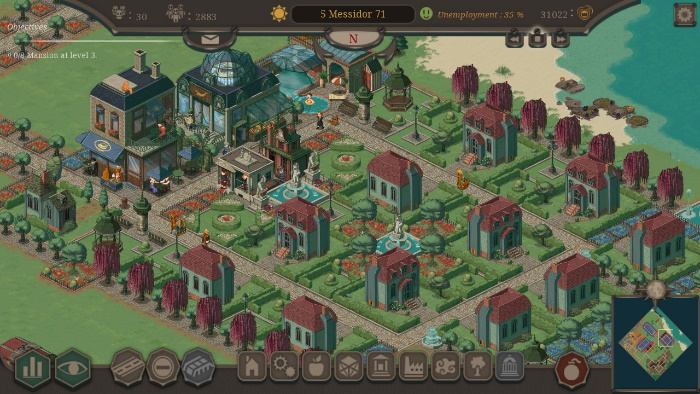 Take, for example, the first mission you will take on during the tutorial. Your task will be to have 200 workers in level 3 houses. This means you’ll need to build several houses next to some streets for them to properly grow as needed. Once enough settlers have arrived to take the new houses you’ve built – which at first are nothing more than tents -, you’ll be able to work hard to upgrade them into proper houses that can fulfill the needs of the inhabitants. Since you’re working as an urban planner, you’ll need to care for all citizens. 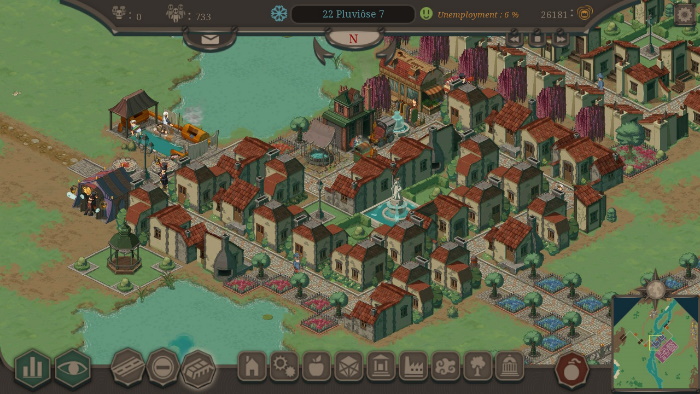 Building houses and upgrading them will be very easy, but then you’ll need to provide other services for your community. They will need water, which is why you’re going to building several wells so that water can be supplied to all houses at a steady pace. Water is nice, but people can’t survive on that alone, so you’ll also need to provide them with the food they need to stay alive and healthy. How about you build a couple of fishery near the coast so that you can catch some fish? But then you’ll find there is another issue: you need to store all of this fish! Build a Granary, and you should be good to go. Your citizens now have houses to live in, a steady supply of water, and food is ready for them to take it home to feed their families… that is once they have access to a store from which they can obtain the fish you’ve been collecting! 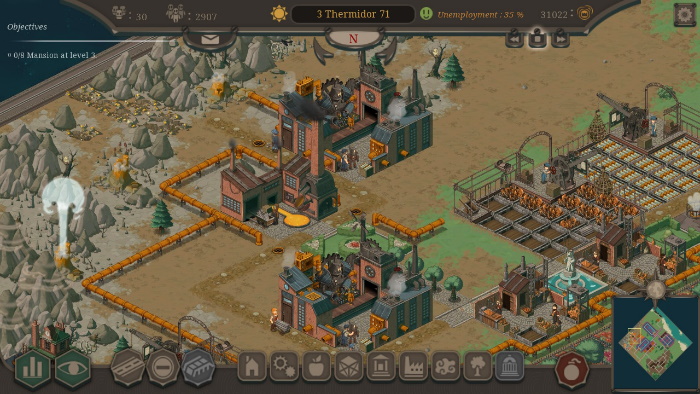 And even after you’ve built a store, your job won’t be over. It turns out that all the things you’re building are always at risk of collapsing! To keep this from happening, you’ll need to establish a maintenance service that can reach your buildings to keep them in tip-top shape. If for some reason, you can’t add a maintenance service on time before a building or two end up collapsing, then you’ll be tasked with cleaning up the mess. Why? Because you can’t have an unsanitary collapsed building in your community!

While a growing city will have houses that will upgrade over time, some of the areas might not upgrade at all if the people that live there are not happy with the overall layout of the neighborhood. Having a granary next to their home will probably rub some people the wrong way, so be sure to take this into consideration as you add new buildings to an area. To offset the negative effects some buildings might have over other properties, you can set some decorations here and there to spice things up. 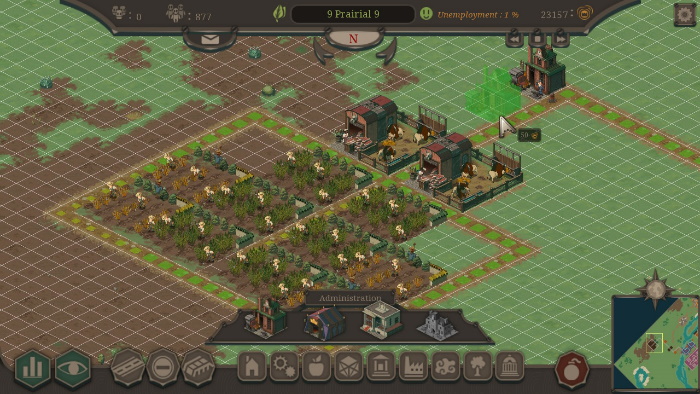 Once you get the hang of how your time with the game will progress, you’ll be ready to dive into the Campaign mode, during which you’ll have to complete more than two dozens of missions as you go over more than 100 years of the Lethian industrial revolution which changes everything, for better or worse. Along with the main Campaign mode and the many missions you’ll have to complete, there is also a Sandbox mode that pretty much offers an endless amount of gameplay to take on. 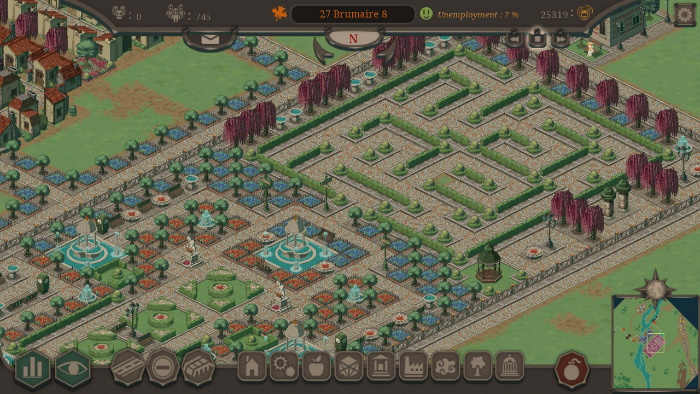 Lethis – Path of Progress is a solid Nintendo Switch port that offers the convenience of being able to play at home or on the go, with a more streamlined take on the whole city-building sim genre that won’t feel overwhelming. As long as you pay attention to what you need to learn during the tutorial stages, you’ll be ready to have a lot of fun in the main Campaign mode. Lethis – Path of Progress is available on Nintendo Switch for a low $19.99.

Disclaimer
This Lethis – Path of Progress review is based on a Nintendo Switch copy provided by Plug In Digital.