Blast away as you fend off hordes of enemies and make your way to the end of the neon lairs. Learn more about this fun twin-stick shooter in our Inferno 2 review!


The ultimate twin-stick action-RPG/shooter is here!

Blast through 80+ levels full of enemies and secrets while upgrading your ship the way you want.

* Play through 80+ levels of atmospheric awesomeness

* Customize your arsenal of upgradable weapons and ship powers

* Single player and 2 player local co-op for the first time!

* 3 difficulty levels (change it up at any time)

* Tons of secrets to discover


I’m a fan of a good twin-stick shooter, with Resogun and Enter the Gungeon still installed for regular gaming sessions on my PlayStation 4. I really haven’t found a game experience like that on the Nintendo Switch, so when Inferno 2 fell into my lap for a review, I was certainly up for giving it a try.

As a twin-stick shooter, it controls great on the Nintendo Switch, using your left stick to move your ship around and the right analog stick to fire in any direction to target the enemies. Most of the levels are simple, asking that you reach the exit for a level with some small puzzle-solving on the way as you unlock gates while keeping the enemies at bay. Every once in awhile, you are thrown into a different style, be that a survival stage, bosses, or levels that end when you defeat enough enemies. It’s an interesting mix that helps to keep the experience feeling fresh over the more than 80 levels you will be playing. 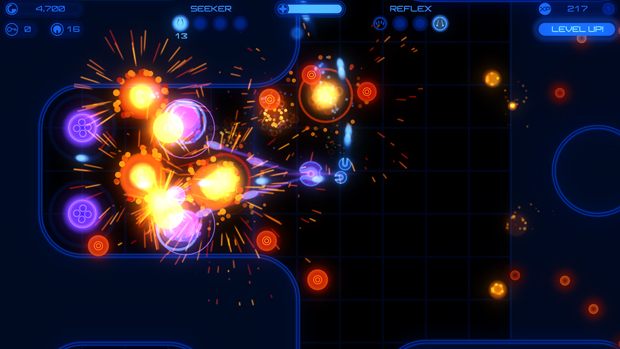 There are four attacks that you can switch to on the fly, allowing you to be creative in how you want to dispatch your enemies in the game. You can also upgrade the attacks as you go along, adding a bit of an RPG element to the formula. You will gain XP and cash while you play, allowing you to power up your attacks and your ship, making it easier to progress through the game.


Partway through Inferno 2, the whole game gets a cool palette swap, changing the look of everything. I would have loved to see this happen a little more often during my time with the game. Tetris Effect was one of my favorite games of the last year, and that had a lot to do with the constant changes in the visual style, music, and flow of the game. 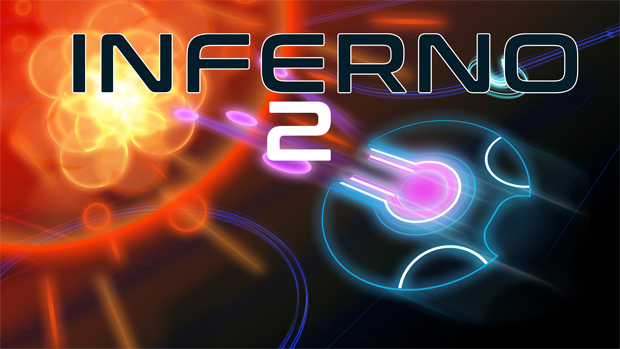 Control-wise the game is perfect. The way your ship moves around and shoots at enemies feels great as you avoid your enemies’ attacks and tr to stay alive. When you die, which does happen every now and then, it doesn’t feel like you were cheated in any way – you are aware you’ve made a mistake. Learn from it, and carry on, and you’ll have a blast with this one! 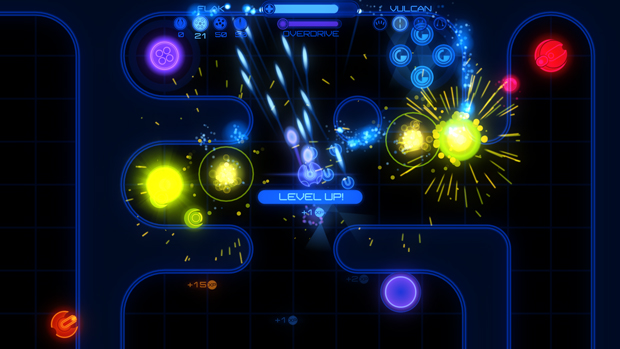 The game is only 80 levels long or so, so it’s not a huge time investment, especially once you get your groove on, but for five dollars, this is an easy recommendation as a great time-killer. I love twin-stick shooters, and Inferno 2 does a lot of things right. Give it a chance, and I’m sure you will have a lot of fun.

Disclaimer
This Inferno 2 review is based on a Switch copy provided by 2Awesome Studio.

Kine On Its Way To PS4 And Nintendo Switch