Freedom Finger is here! Are you up for a shoot ‘em up with the shooting mixed in with some melee fighting, all set to the beat? Then check out our Freedom Finger review!


In Freedom Finger, you’ll control a hand-shaped vessel as you take on 37 stages that get crazier and crazier as you go. The twist is that along with the usual shooting you’re expected to do in a shoot ‘em up, you’ll also punch away with your fist of justice, and can even grab and capture enemies, using them as a shield to protect you from attacks, or using their weapons against other enemies. As you play each stage, you’ll start to see how everything that is going on is synced to the music, which is an interesting way of doing a shoot ‘em up! 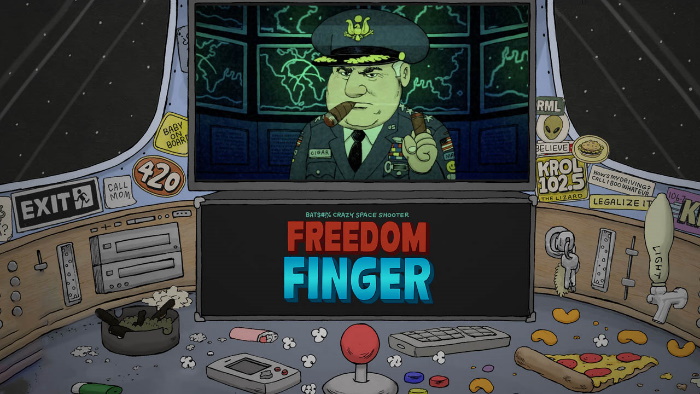 The story goes like this: Major Cigar contacts you, Gamma Ray, to go on a mission to liberate a space base thing that is currently under control of the Chinese, who have invaded and conquered. Along with the scientists and other people currently trapped in there is Megan, the Major’s daughter, which is why this is a mission of the utmost importance. You are tasked with rescuing the scientist and finding out of the enemy has the ability to destroy the base if it’s recovered… and if they do, then you must stop them from doing so.

As for the controls for Freedom Finger, you’re going to move your hand-shaped spaceship around with the left analog stick or the D-Pad, shooting with the B button. You can also punch with the ZR button or the Y button, or grab enemies with the ZL or X button. Grabbing is a very important ability since every enemy you trap under your fingers can be used as a deadly weapon to destroy the other quirky, colorful, and weird enemies you’re going to run into during this epic space adventure. You can take on a short tutorial as you start the game or jump right into action. 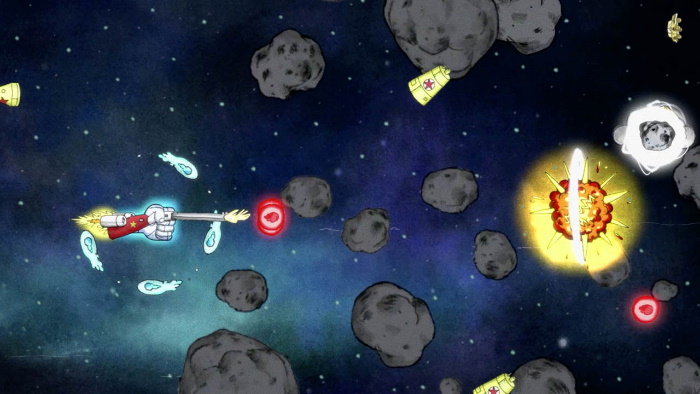 You’ll need to keep an eye out for power-ups, which can help to recover some of your lost health, or provide some extra protection by way of a shield. The game is a shoot ‘em up, which means you’ll have to avoid being shot down and shoot (and punch!) anything that moves. On top of this, Freedom Finger is technically a stealth game as well, and what this means is you’ll have to make sure your cover is not compromised. In the game, this means shooting down every single enemy so that it doesn’t get past you, or else it will increase the stealth bar at the upper right corner of the screen. If the stealth bar is ever full, then it’s game over, man. 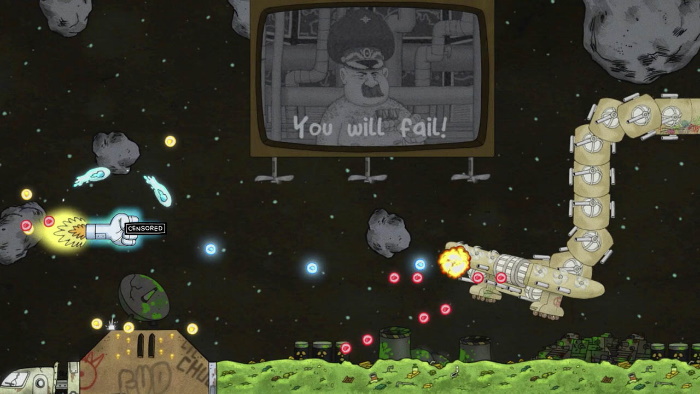 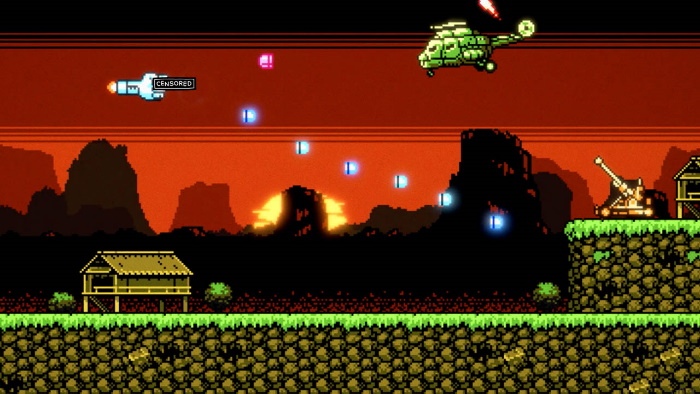 Every now and then you’ll run into a boss, that will also act based on what the song’s beat is. These boss fights are a bit different since you’ll have a bit longer to find out its movement and attack patterns when compared to how fast you have to react to regular enemies most of the time. The boss mission will also have a different set of stats to consider for your points rank, such as how fast you managed to beat the boss, how much damage you took, and if you managed to beat it without taking even a tiny bit of damage. 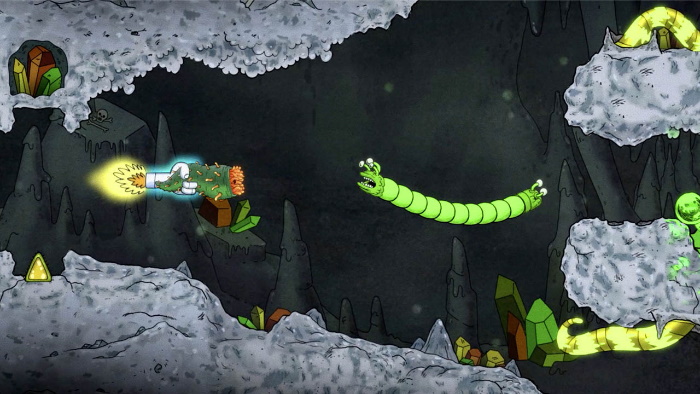 You can customize your experience to have the best time when playing Freedom Finger. You can remove screen shake, as well as screen flash, remove subtitles, and change the language from English to Russian or Simplified Chinese. There is the option of changing the overall difficulty from Normie – the suggested difficulty setting – to Cargo Shorts which boosts the difficulty while also giving you 35% bonus points, to Diaper, which greatly lowers the difficulty but sets a 60% points penalty on your score, or Story, which is not as big a jump as Diaper, but does impose a 45% points penalty. You can also mix and match things and change the collision damage, the health percentage, turn stealth failure on or off, or make it so that you keep any power-ups or grabbed enemies even if you end up receiving any damage – with the corresponding points boost or penalty. Oh, and you can also censor the middle ginger, dialogue, the subtitles, or all of the above. 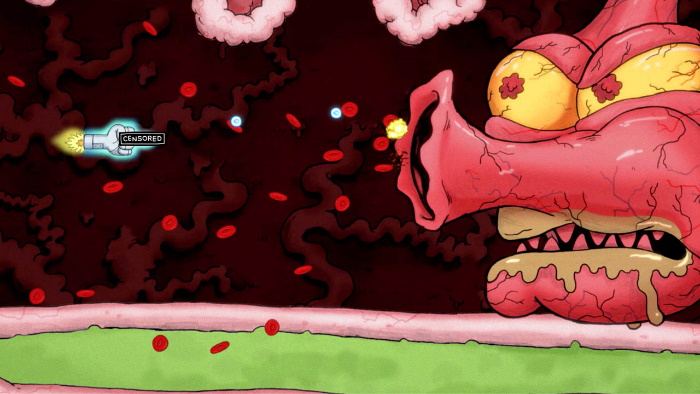 Freedom Finger is a fun game to play and a fun game to experience. It might prove to a bit too “out there” for some of you as it does features some sensitive material and ye olde stereotypes, presented with two tongues on both cheeks, twice removed. It has a good amount of content to play, a killer soundtrack, fun gameplay mechanics, and a funny script, all for $19.99. Oh, and an arcade mode.

Disclaimer
This Freedom Finger review is based on a Nintendo Switch copy provided by Wide Right Interactive.

80 Days Out Today On Nintendo Switch