This is a double review for Fifty Words by POWGI Review. Ceidz and ThaRaven403 played the game, and this review presents what they both had to say.


Fifty Words is a brand new word search puzzle. This time there’s no grid, no wrong letters and no list of words to find. Each puzzle just contains 50 intertwined words on a subject.

As players discover the words, they paint them with a rainbow of vibrant highlights to create a unique piece of blended colour

For those of you getting started in the word search puzzle genre, here’s a brief explanation of how it works: you normally have a square grid with a letter in all the tiles, and your goal is to find words that are either placed horizontally, vertically or diagonally. In Word Search by POWGI, you have a total of 324 puzzles like this to solve.

In Fifty Words, things are a bit different. Instead of the astonishing number of puzzles Word Search had, this time you have a total of 60 puzzles to solve. Each of them contains 50 words, which you’ll certainly have to search for them. Instead of the regular grid, all the letters are placed in different shapes to add a little challenge to the searching. For example, one of the puzzles is all about words ending with the letter X, and the puzzle is presented in the form of a giant X.

I love word search games (and I’m still playing POWGI’s Word Search!), so I picked this one up with pleasure, and I was not disappointed! The fact that you don’t have any hints on what are the words to find could be an issue, but they made it so that it’s not a problem. As you find words, letters that won’t be used in any other words are grayed out, leaving only the ones that can still be used in white (I was playing in dark mode). This makes it easy to see some words pop up as there are fewer and fewer letters available. Even if you don’t know all the words you’re searching for, you can still deduct what’s left to find. 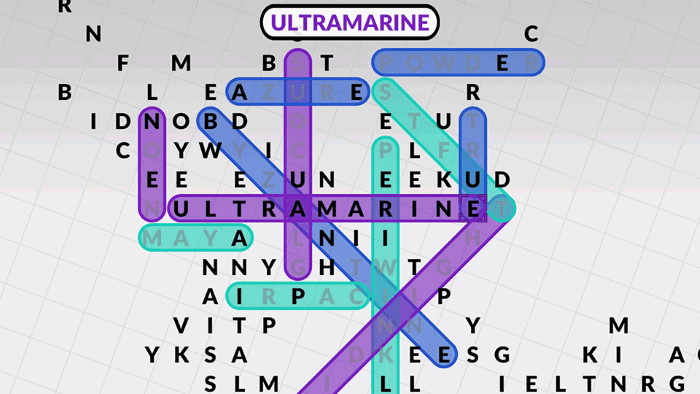 I played the game both on the PS4 and the Vita, and I have to say that I really enjoyed how the controls were handled on the PlayStation Vita, with the left stick moving the grid while you could select the words with the screen. It made it more fun for me than using both sticks on the PS4 version. My favorite feature, by far, was the addition of a dark mode, making the background dark and the letters white. This is a truly welcomed addition, and my eyes certainly appreciate it!

As for the trophies, the POWGI series are known for their easy Platinums, and this game is no exception to it. There are a couple of specific puzzles you’ll have to complete, a few words to find scattered in multiple puzzles, and a few other miscellaneous trophies to get, but nothing that will be challenging. The only one that might take you a couple of tries is one for finishing a puzzle in under three minutes, but with some practice, it’s certainly doable.

Fifty Words is a word search game in which you must find the fifty hidden words within the letters that are available on the screen. Words can be written either in a straight line (vertically or horizontally) or in a diagonal. The puzzles are overall easier to play since there are less overall letters to choose from to find each of the words.

In fact, the premise of the game is so simple that there even isn’t a tutorial. The game boots up to the different puzzles list, and you can then choose which one you want to tackle. The list is open as soon as you start so you can effectively take on whichever one you want. There are a few trophies linked to completing a few particular puzzles, so why not start by playing those? 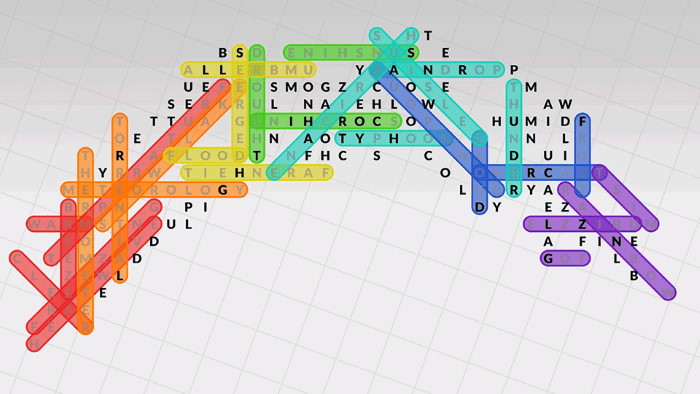 Compared to pretty much all the POWGI titles, this one brings a major overhaul to its layout, and it is quite welcomed! The first thing you’ll notice is that you can customize the color palette with which the words are highlighted as you find them. You can have up to 10 colors, and you can automatically swap for each word. I thought that this release was more accessible than other POWGI, and it’s now become my favorite POWGI release!

The presentation is great, and the gameplay feels more alilve. The background soundtrack is quite loud, so as was the case for WordSweeper by POWGI, the volume will need to be tuned way down to be adequate. As for the trophies, as ThaRaven403 mentioned, you can expect them to pop on and on while you are completing the first puzzles in the game. 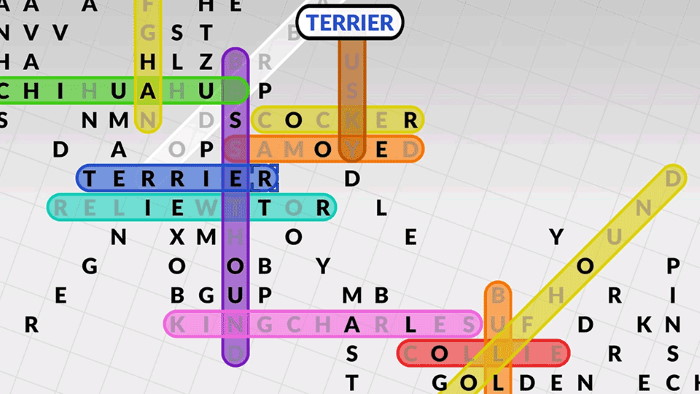 Final Thoughts
Fifty Wordsby POWGI is a solid word-based game to play on your PlayStation 4 and PlayStation Vita. Thanks to the addicting gameplay, and new interface, it is our favorite POWGI release so far! This is a cross-buy release, so you will get the PS4 and the Vita versions, with the chance of getting two new Platinum Trophies for your collection!

Disclaimer
This Fifty Words by POWGI review is based on PlayStation 4 copies provided by Lightwood Games.

Mary Skelter 2 Out Next Month On Nintendo Switch