Wreckfest is a demolition derby style game developed by Bugbear Entertainment, who brought us the excellent FlatOut back in the early 2000s. Is the THQ Nordic release worth your time and money? Find out in our Wreckfest review!


As you start the game, you’ll get access to three modes to play. There’s a multiplayer mode, custom events where you can create single-player events to play in, and the Career mode, where you’ll most likely spend the majority of your single-player time with the game. This mode has five different championships, starting with the Regional Juniors, and all the way to the World Masters, with only the first one unlocked at the start. 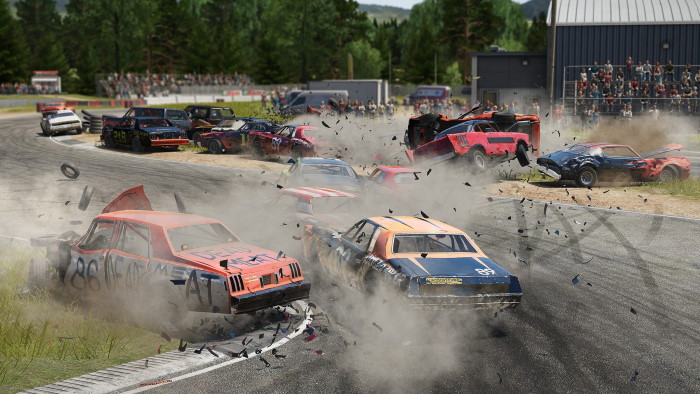 As for the races, there are a lot of different modes, all with a common thing; demolish your opponents. It’s not one of those games where you just make them bump into something so that they crash à la Burnout Paradise. The game features a realistic physics engine that actually shows the damage caused to parts of your car that will be represented both visually and in how your car handles.


You can play in some classic races, where your goal is to finish at the top stop. Some of them are also challenger races where it’s only you against a single opponent, making for a totally different racing experience. There are also demolition derbies where you have to take out as many opponents within the time limit (you’ll respawn if you get wrecked), or a last man standing thing where you have to be the last car that can actually still move to be the winner. There are also other special racing experiences like the couch race, where you drive a motorized couch in a figure-eight shaped track that you know you’ll have couch collisions at the intersection! 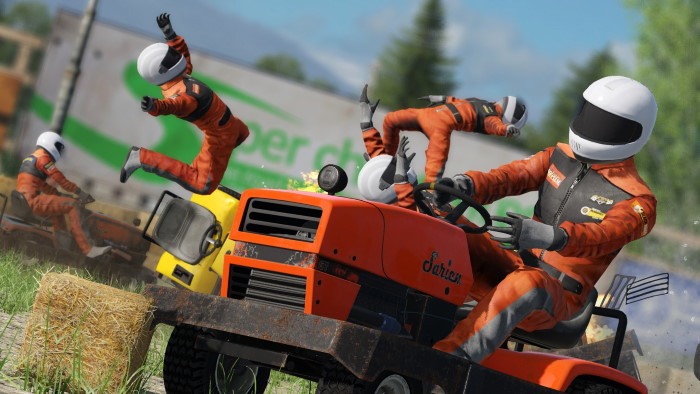 Visually, the game features some nice tracks and background environments, maybe not on par with games like Driveclub, but it’s not something that is a deal-breaker. It largely compensates with all the details you can see on your car as it gets damaged during the race. The soundtrack really stood out for me, as it features a nice combination of metal, dubstep, and drum & bass, all with a slightly aggressive vibe to it to help you get motivated in ramming your opponents.


I think the last game I played in the style of this one was Destruction Derby way back on the first PlayStation, about in 1995, and I loved it. When I jumped in this one, I was expecting something with a bit more arcade feel than what Wreckfest offers, so at first I was a bit surprised. Controls were tight, making it all click. 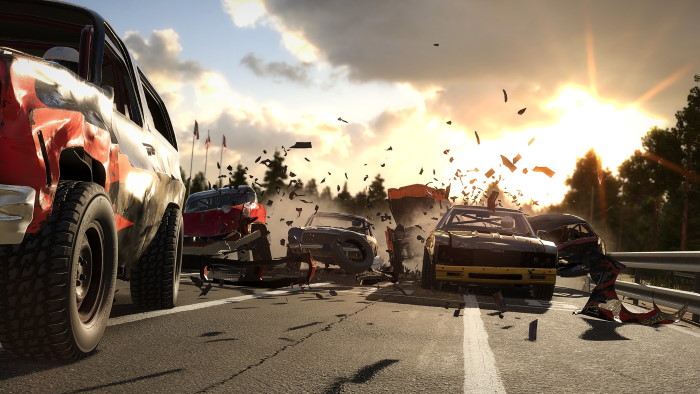 It was a much more realistic experience than I expected. After a couple of races to get the hang of things, I loved it. No matter what kind of race you play, you’ll know that when you’re victorious, it will be because you deserve it. Demolition derbies aren’t won in a few minutes, as it takes quite some time to see every car wrecked and, even in the end, you’ll actually have a hard time just hitting your opponent. Races also take some extra work on your end since everyone is packed together.

There is also a garage where you can spend the money you earn in races to get parts upgrades and even new cars, which you’re bound to do as some events require specific types of cars. Some of those cars require a certain player level as well, so you’ll have to keep participating in more races to be given access to those cars. 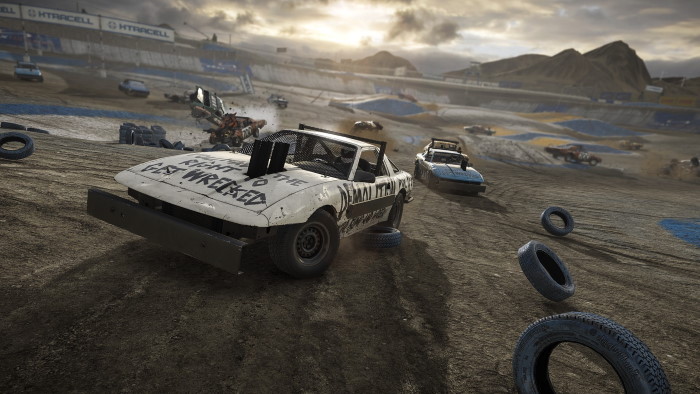 As for the trophies, for a racing game, the list is surprisingly straightforward. You’ll obviously have to complete all the championships, but you’re not even required to obtain each and every point. The most challenging trophies will probably be the one for winning 20 multiplayer events and the one to complete all the special challenges available in the championships (like that couch race!). Other than those, it might just be a question of investing some extra time to get a brand new Platinum trophy!


Final Thoughts
Bugbear Entertainment have shown that they’re good at doing a racer. The game feels like a complete and fun experience, with an attention to realism in a certain subset of race types that we don’t get to see too often. This is a sure shot for any fan of demolition derby games, and I’m pretty sure a lot of racing game fans, in general, will appreciate taking this game for a spin on PlayStation 4. 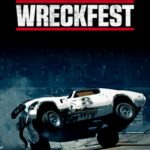 Disclaimer
This Wreckfest review is based on a PlayStation 4 copy provided by THQ Nordic.

In Between Out This Month On PS4