Sobaka Studio brings their 2017 game to consoles with some new enhancements that the previous versions did not have. How does it fare on PS4? Find out in our Redeemer: Enhanced Edition review!


Play as Vasily, an elite operative who once worked for one of the biggest arms industry corporations in the world. Officially working in security, you were tasked with infiltration, assassination, extortion and even torture. When eventually the corporation decided to get rid of you, you manage to narrowly escape to a secluded monastery deep in the snowy mountains.

For 20 years you tried to find peace and harmony amongst your fellow monks, but you are still too haunted by your murderous past to find either. Now after all of these years the corporation is finally closing-in on your location, and in so doing they have given you one last shot at redemption.

You play as former elite operative Vasily, who after retiring to a monastery and becoming a monk manages to escape his former life as a mercenary for an evil corporation. His idyllic life is ruined when the corporation tracks him down and decides to destroy his new life. 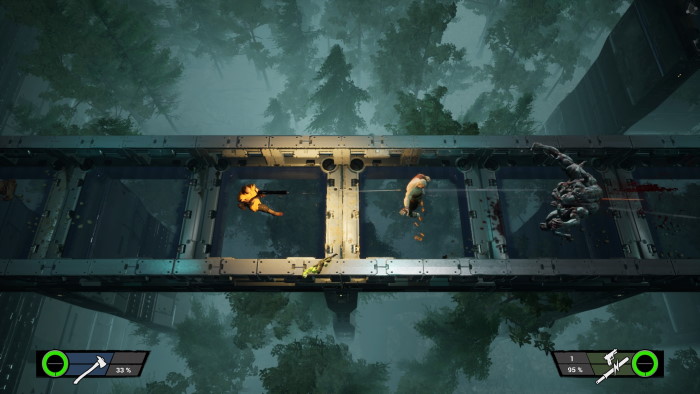 To call Redeemer a top-down shooter would not be entirely accurate, the same way calling it a top-down brawler is not accurate either. What is accurate is describing Redeemer as a fun if not ridiculous adventure that needs a whole lot of polish. The story will not win any awards, but it is entertaining enough to see you wanting to progress all the way to the end. It is not overly long, since depending on which difficulty you play, you can complete it in around 6-8 hours.


Vasily is relatively simple to control. His movement is tight but not perfect, which is not problematic enough. You fight enemies either with your fists, the myriad of melee weapons littered around the place, or the guns your enemies drop from time to time. In games, I usually find “breakable” weapons and “limited ammo” to be a pain, but here it feels organic and makes perfect sense when you end up chaining attacks between guns, melee, and hand to hand in seamless combat. The gameplay feels solid when everything just flows. 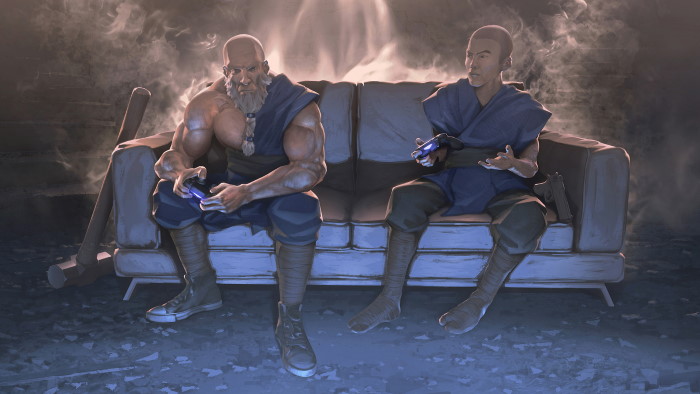 However, it is then when the issues start to crop up. When I first started the game, I tried to attack an opponent on the first level and fell off the map. The failed attack was undoubtedly my fault as I misunderstood the instructions being given, but I did not expect to fall off the map and find myself walking around in the underbelly of the stage without the game registering anything had happened. Even though I had to restart the game to fix this, what was more egregious was the fact that I could walk freely off the map at any point and the game was not guaranteed to register this, thus forcing me to restart. I was able to do this at least four times during the first part of the game!

Other issues the game faces are in its graphics. At some points the visual quality, which is usually good for most of the game, completely falters to a poorly rendered mess. These drops are not frequent, but they are unappealing when they happen. The last issue is with the game’s framerate. When the screen gets overly busy with enemies, slowdown can hit with a vengeance, although it doesn’t last long.

The sound design is great for a game of this genre. The voice acting is of good quality and, in general, the sound is one of the highlights of the game. 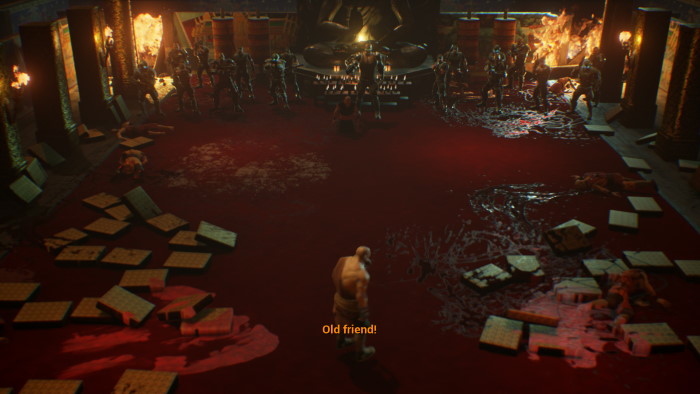 As for the level design, the game takes you to some interesting locations and presents you with neat little opportunities for environmental kills. The gameplay actively encourages this is as its one of the very few ways your character can regain health – and when you do execute this, it feels figuratively rewarding.

All in all, the game is a good one. When things work as they should, everything is excellent. There are some difficulty spikes where the game ends up feeling a little unbalanced, but it is nothing game-breaking.

The enhanced version is not just a name, as the new version does feature some new things, such as an upgrade system that rewards you for any way you choose to play, and a local co-op mode.

Disclaimer
This Redeemer: Enhanced Edition review is based on a PlayStation 4 copy provided by Buka Entertainment.

A Knight’s Quest Out This Fall