As you can probably guess, PC Building Simulator is a game in which you’ll be in charge of building, upgrading, and configuring various PC builds, and managing your own little computer repair shop. If you are (or were) a computer enthusiast, then you can skip this review and purchase this game as it is exactly the game you’ve been looking for. Learn more in our this game in our PC Building Simulator review!


PC Building Simulator lets players get to grips and experiment with building their very own gaming PC, without the associated risks and costs. With tutorials to help master the basics and an array of accurate and lifelike components that function exactly as they would in real life.

PC Building Simulator is the perfect example of a weird idea that actually works. A few minutes into my experience with PC Building Simulator, I knew I was already in love with the different gameplay mechanics, and it threw me back to when I was a PC builder enthusiast back in college, way before becoming a PlayStation gamer.

As soon as you start the game, even if you’re an expert messing with real-world PC components, I highly recommend you begin with the tutorial, which will help you understand how to attach the different components together for this particular experience. If you’re new to the PC components world, the tutorial will also help you understand how the different components work with each one another, and how they can be attached or removed to your build. 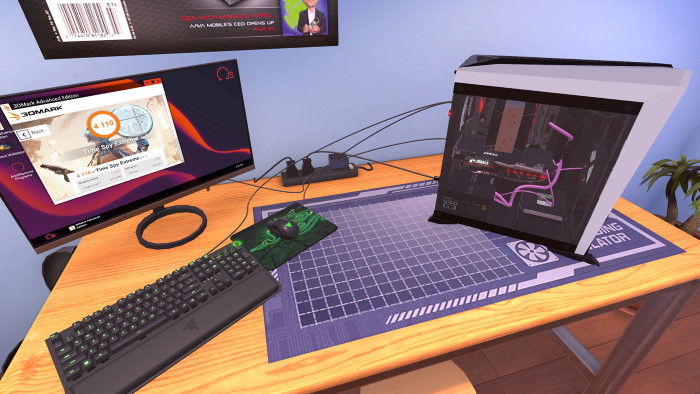 I was actually surprised how this game doesn’t take everything lightly and tries to be the most realistic experience, featuring real-world, highly detailed components, as well as realistic behavior for said components. This game is a slow burn that starts out on the easy side before turning into a hardcore experience as you unscrew every individual screw and clip every individual clip trying to trick out your build. Luckily the actions themselves are relatively arcade-style in snature, so manipulating the game is accessible to anyone with interest in PC building.


There are two modes available in this game, Carrer Mode, in which you will fill customer’s requests fixing or upgrading their computers in each day, and a Free Mode in which you have most parts available, and you can build whatever you want. I had a lot of fun with the Career mode and was surprised to see that there is actually a small background story which explains why you’re there: you took over a PC repair shop from your uncle, hence taking on some entry-level jobs to be able to secure the funds needed to purchase more expensive parts to work on crazier builds. 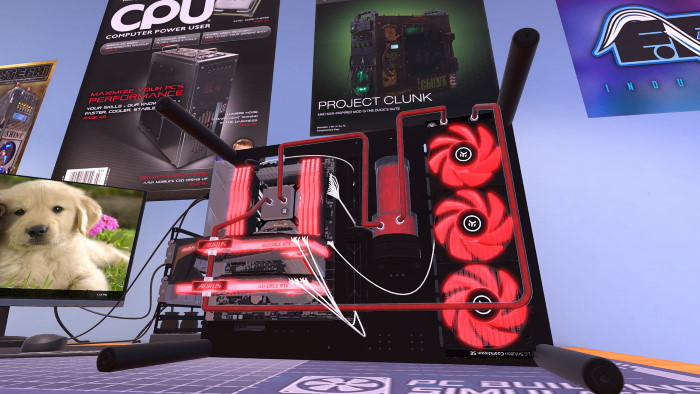 As for the actual gameplay, every day you will receive new requests from potential customers – fixing their computer, cleaning it from viruses, improving the RAM, and so on. liked how PC Building Simulator takes the gameplay seriously, and you’ll manually screw the different components together. As you fix your customers builds, you’ll have to shop for components, taking into account the delivery speed for each one, and it’s worth it for you to get express shipping. As you repair and upgrade computers, some customers will ask you to reach a specific 3DMark score, so you have to install it and watch it render or do something else while the simulation is running. It was impressive when I realized that the framerate is consistent with the installed hardware.


As you progress in the campaign, customers will start to ask you to water-cool their computers using different techniques, add custom LED lighting, or even overclock their builds. I was amazed to discover how realistic this game was because I recall back when I was in college that we had to adjust the voltage in the BIOS if when overclocking, and PC Building Simulator requires you to do the same thing, or the computer will crash as it loads the OS. Building a computer with SLI/Crossfires also requires you to have a Power Supply that is powerful enough, or the computer will crash due to a lack of power. As you can see, the game is a very complete package that will satisfy every gaming enthusiast! 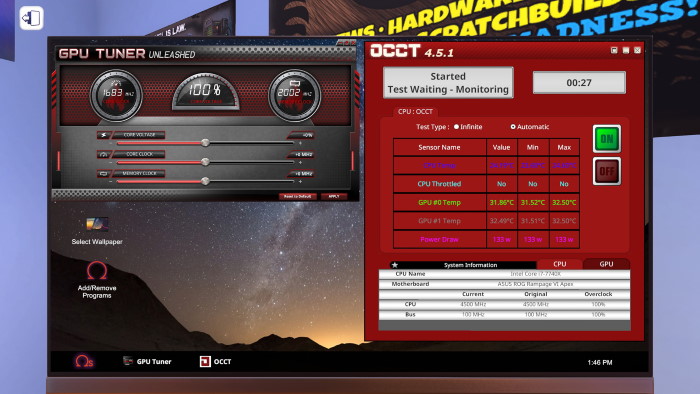 The only thing I would complain about this game is for when customers are asking for a brand new build. They ask for which game or computer program they want, the specs that you must match, and then you can look up the requirements for those particular needs. The issue is that I noticed that often the budget the customer is willing to pay is quite high, and I eventually managed to build a some very powerful computers with similar spects that I could just sell back. This isn’t an issue in itself, but it did feel as if the challenge was dumbed down for some of the new builds.

As for the presentation, I kept being impressed as I built different computers on how detailed the different pieces are. The level of detail is really impressive and shows that a lot of love went into the creation of this game. The controls are perfectly ported to the DualShock 4 controller from what was originally a PC release. The soundtrack is upbeat, and there are enough tracks to prevent the background music from feeling too repetitive – that is until you reach the 10 hour or mark – give or take – and the same songs come up over and over again. 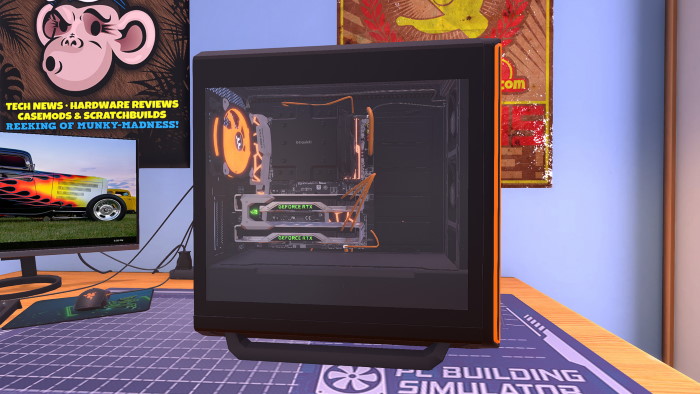 Final Thoughts
PC Building Simulator is a great release that you definitively should check if you have – at one point – taken a liking to assembling PC builds and review the score your build got from various benchmark tests. This game is properly designed, the controls are intuitive, and even though it eventually gets somewhat repetitive, I always liked playing more and more of it.


The first evening I started playing, I didn’t feel any time had passed, but then I realized I ended up playing for two hours straight, and by then it was way past the time I should have gone to sleep to be able to function the following morning. 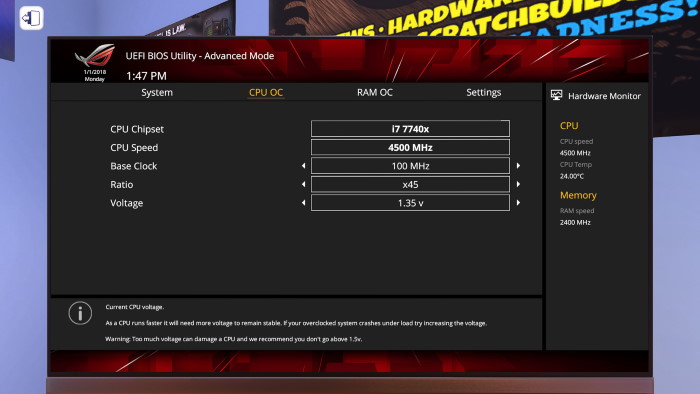 Disclaimer
This PC Building Simulator review is based on a PlayStation 4 copy provided by The irregular Corporation.

The Best Tomb Raider Games Ever Made