Knights and Bikes started its journey to the PlayStation 4 way back on February 2016 when Foam Sword took the game to Kickstarter. Thanks to backers support, the team – which includes members who worked on Tearaway, LittleBigPlanet, and Ratchet & Clank -, was able to carry on with the game’s development, and now here we are with this single-player or co-op adventure getting its chance to shine on PlayStation 4 with all the hard work of the folk at Foam Sword and the gentle gals and guys over at Double Fine. 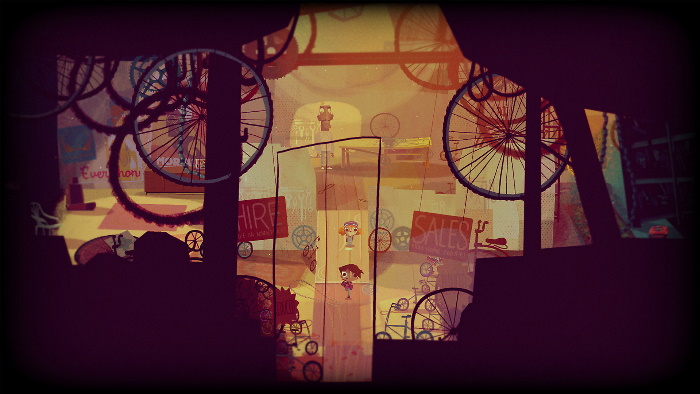 You can take on this journey on Penfurzy Island on your own, have a friend join you for some local fun, or even team up with another player online. The game is one gorgeous experience with a hand-painted look, a charming cast, and story in which you’ll get to go out on an adventure with Nessa and Demelza who set out to explore the coasts of Perfurzy Island and beyond. Nessa is new to the island, but she quickly becomes friends with Demelza after she ends up finding shelter in her mobile home. As you play the game, you’re certainly going to get some Earthbound and The Goonies vibes here and there. 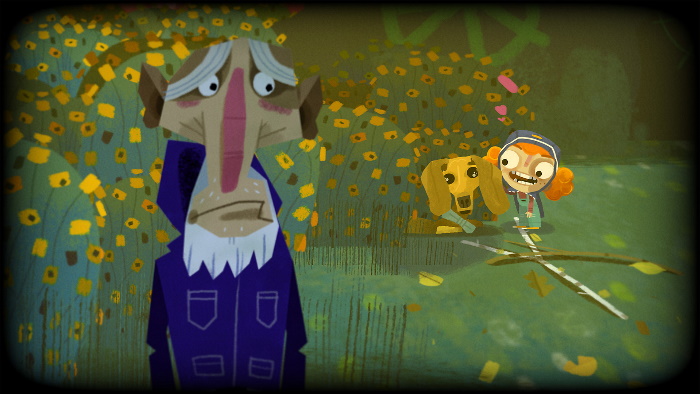 They will set out on a quest to find the treasure that is supposed to be hidden on the island, so that they can use that to save Demelza’s home and her father’s local business, since it turns out that several notices have been placed all over the island’s golf course because they’re about to be evicted. Following the “rare map” obtained after completing the golf course – a map that has luckily been updated for the 1987 summer season -, you’ll investigate all over the place to see if the treasure is real or not.


When playing on your own, you’ll be able to switch between controlling Nessa and Demelza by pressing the L1 or R1 buttons. You’ll move your character with the left analog stick, interacting with things with the Triangle button, running by pressing and holding down the Square button. If you only press it, you’ll be able to dodge as needed. Need a high five? Then you can call for it with the Circle button! Doing this while having some sticking-plasters on, you will allow you to heal your partner, so be sure to collect as many as possible. 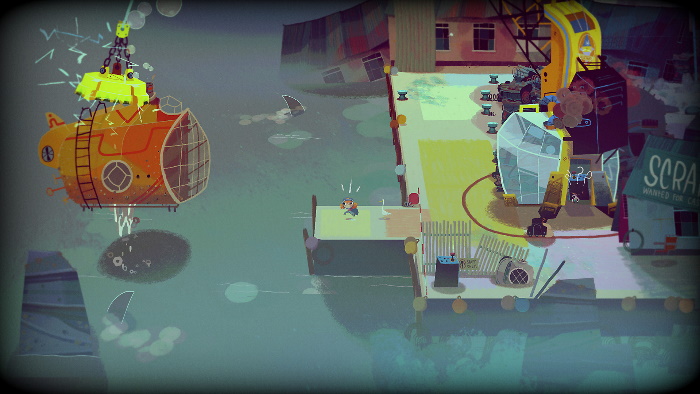 Your abilities can be used with the X button, and you can switch between them with the right analog stick or the D-Pad. For example, Demelza has a pair of boots that can protect her from the rain – since that’s the weather you’ll find yourself in when you start your adventure. On top of that, you can press the X button to kick away or press and hold the X button to charge up a special ability that will allow her to do a big stomp on the ground. Do this over puddles, and you will get to deal some handy splash damage! Nessa, on the other hand, will get a plastic disc to throw with the X button, and charging it up will allow her to throw a ton of discs in a flash. 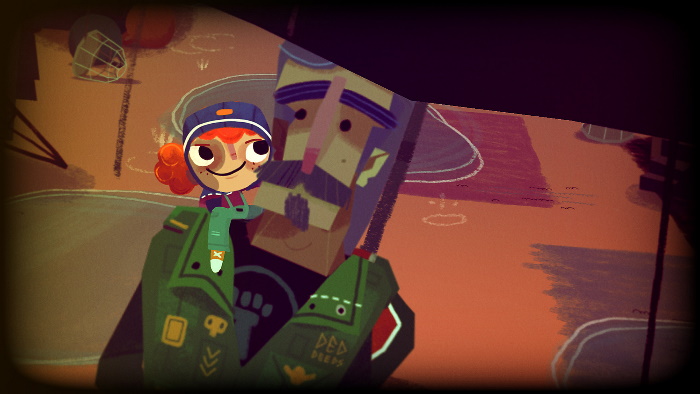 Bikes are right in there in the game’s title, so you’ll be able to ride a sweet set of wheels as each character… once you get access to them! You’ll get to build up your speed by constantly tapping the X button as if you were pedaling, and can steer the bike with the left analog stick. If you need to slow down and come to a complete stop, you can hit the brakes by pressing and holding the Circle button. To jump off your bike, or to get back on it, you will need to press the Triangle button. 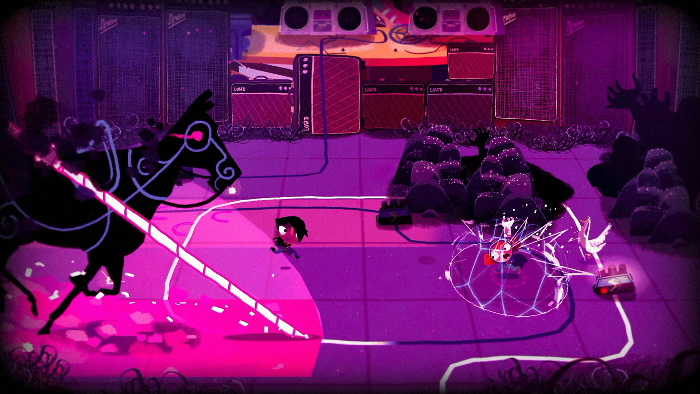 As you move around bushes, you will sometimes find sparkling things that turn out to be different types of items that you can use to purchase stuff for your bike. These include different things to customize your bike, with new chain guards of a nice variety of colors and patterns, a tray shield, a craft basket, a horn, a bell, flags, padding, wheel decorations, a new paint job, and more. On top of this, you can also get upgrades to take your bike to the limit. For example, there’s a supercharge that makes it possible to hold down the X button to get a speed boost that can make short work of enemies. 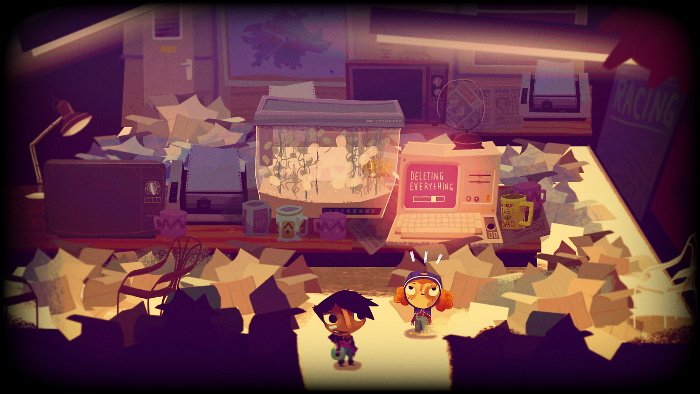 As for the Knights and Bikes trophies, trophy hunters will be happy to learn that this one has a Platinum trophy. Several of the trophies will be unlocked as you progress in the game, with a set of trophies tied to finding all of the treasure tins in each of the areas you’ll visit. The rest of the trophies are for completing miscellaneous objectives, such as finding 200 loot pieces from walking through bushes, cycling for 100 miles, or damaging an enemy with a splash of goose poop – and no, that’s not a typo! 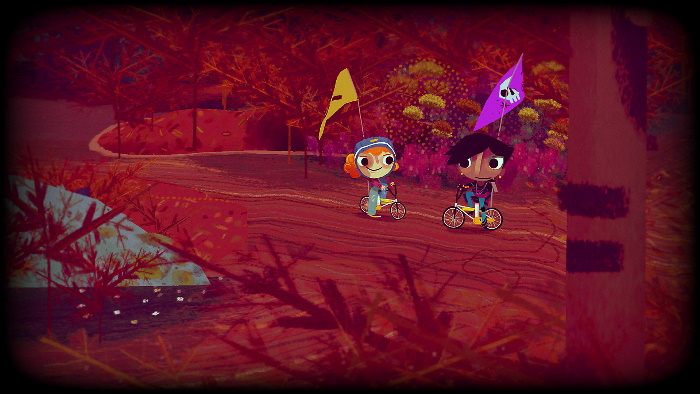 Knights and Bikes is a charming adventure that after a long journey, has finally landed on PlayStation 4. The colorful graphics, charming story and characters, and fun and relaxing gameplay mechanics will grab your attention as soon as you see Nessa dock her boat at the island’s harbor. It’s a game that you should definitely check out on Sony’s home console! 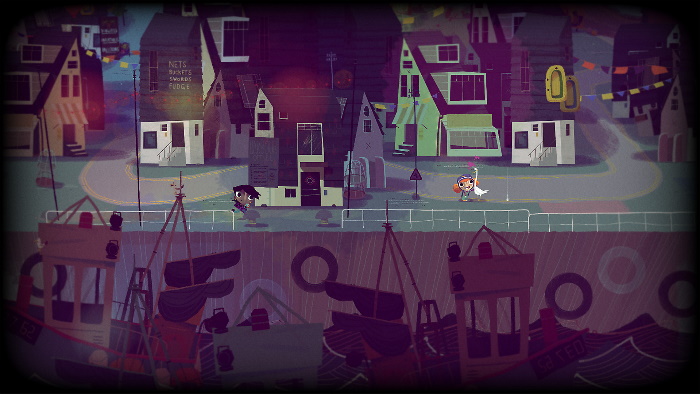 Disclaimer
This Knights and Bikes review is based on a PlayStation 4 copy provided by Double Fine.