Agatha Knife is a dark and satirical narrative point and click adventure on PlayStation 4. Learn more about this one in our Agatha Knife review!

Given the nature of this game (Agatha’s main goal is to eat animals), this game will definitively not be for everyone.


Embark on a satirical narrative adventure with Agatha, a naive seven-year-old insomniac, who’s torn between her friendship with the animals in her mother’s butcher shop and her unwavering love for eating meat. Heading into the delightfully dark Psychotic Universe in search of answers to solve her conundrum, join Agatha as she discovers that religion could be just the solution she needs to quash the animal’s fears and make them unafraid of death.

As the game starts, we are introduced to Agatha, a seven years old girl working for her mom in a butcher shop. As you can imagine already, this game talks about a mature subject, and cartoony violence is displayed in the first half hour of the game. Even if the graphics are cartoony, Agatha Knife talks about mature subjects, so avoid getting this game in young players hands. 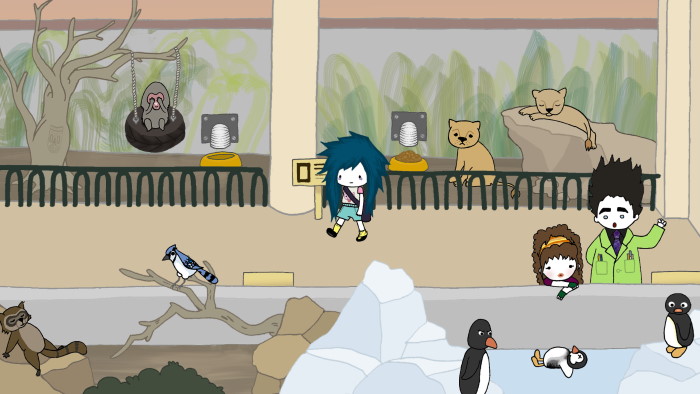 The gameplay is an hybrid Adventure game with Point and Click elements in which you move from zone to zone interacting with different characters or objects. Chatting with different characters will lead to different conversations depending on the clues you found elsewhere in the game, so you are encouraged to check everything often when you get lost. Speaking of getting lost, the difficulty of the different puzzles were accessible at first, but I thought that they became really hard in the last third of the game. Luckily, there is an in-game hint system that will definitively help you if you get lost – but using it even once will lock you away from a trophy. 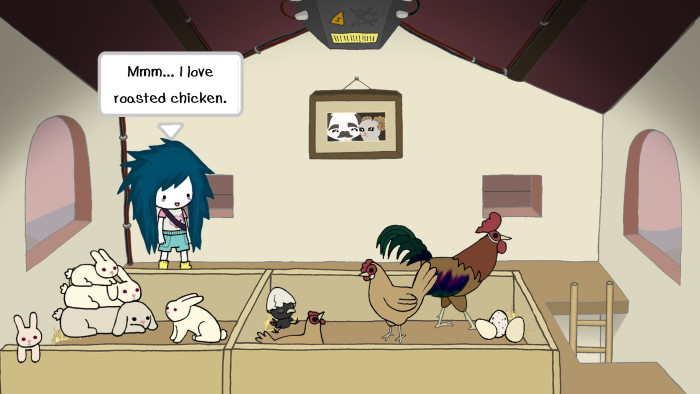 One issue I had at first with this game was with the controls. Normally in a point and click we either have a static image and move a pointer over it, or move on the scene and interact with the different elements using the X and Square buttons. In this case it’s a mix of the two where we are walking in the different scenes and when we need to interact with elements, a cursor appears and we have to manually select what we want to do using the X or Square button anyway. I think those extra steps (which totally makes sense on a PC game) could have been removed on the console version, in favor of determining the default action with Agatha’s proximity. Also, walking is done by using the left analog stick, but the D-Pad isn’t mapped. I would have liked to have the choice of using either control scheme. 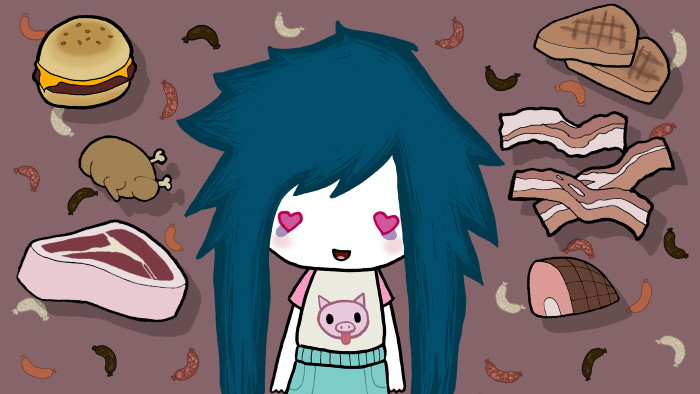 About the game context, one of the things I liked was to discover that the world is alive, and walking on the roadside will let you encounter different people which are all wacky. I mentioned that this game talks about mature subjects through the story-line and the main goal is to create a new religion, which, once again, won’t be to the taste of every gamer. I thought that it started out pretty dark, but while staying dark, it eventually gets charming.


One of the things I didn’t like about this game is how much it requires backtracking from one edge of the map to the other. Agatha walks slowly (she can run), but switching from one zone to the other is slow and requires some loading. When we have to get back from Agatha’s home (to the absolute right) to meet another main character (to the absolute left), it can take a few tiresome minutes of walking. 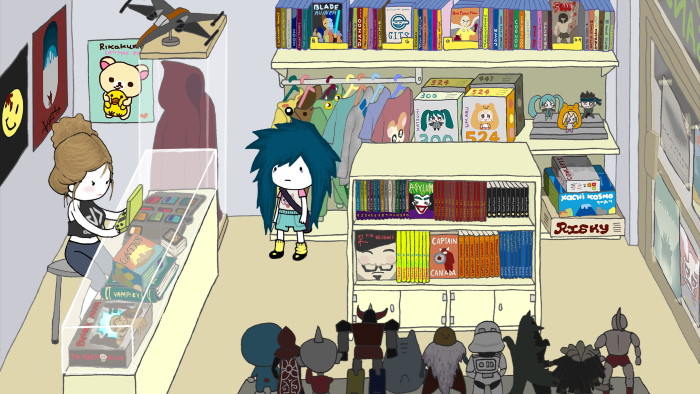 As for the trophies, this one will prove hard without a guide because every trophy is hidden – besides the Platinum – and a good chunk of then are missable. Trophies are awarded for trying different ideas and exploring thoroughly. I might also require more than one playthrough.

As for the game presentation, I loved how the graphics are hand drawn and how it feels cartoonish. The soundtrack is nothing to brag home about, but I liked the main theme when Agatha is walking outside, I never got tired of that one.


Final Thoughts
I liked playing through the strange world of Agatha Knife, but like I mentioned a few times, this game is not for everyone since the core themes are eating animals (and not eating meat), and creating a new religion. If you can go over those sensitive subjects, you’ll find a good story driven point and click release that will tell you a great story.

Disclaimer
This Agatha Knife review is based on a PlayStation 4 copy provided by Mango Protocol.

Mary Skelter 2 Out Next Month On Nintendo Switch