Mekabolt is a new 2D puzzle platformer from Ratalaika Games on PS4 and PlayStation Vita. Learn more about this fun adventure in our Mekabolt review!


This is a double review for Mekabolt. EdEN and Ceidz played the game, and this review presents what they both had to say.

In Mekabolt you are to explore Mekapark, set in an island packed with adventures through tropical jungles, torrid deserts, and more! You were supposed to be helped by some nice robots that would make it sure you stay safe during your adventure but, as expected, things have gone terribly wrong. The array of Ultra batteries which powers the command center have gone missing, which means the robots are now out of control. Your task is to complete each of the short levels by grabbing the battery contained in it. You do this by running, jumping, and shooting around to create opportunities for you to reach platforms that would otherwise be out of your reach. 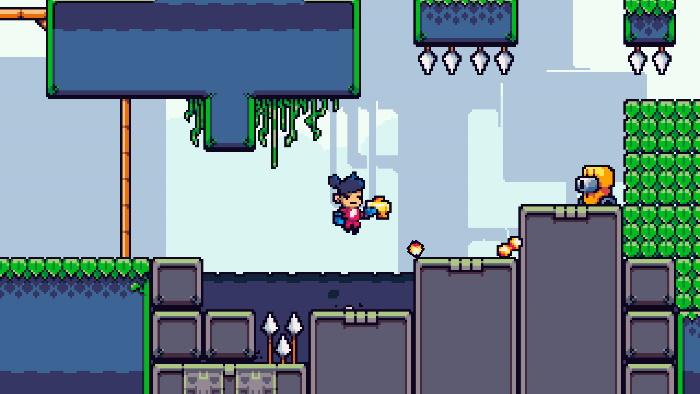 Controls for this 2D puzzle platformer are very simple. You’ll run with the left analog stick or the D-Pad, jumping with the X button to avoid hazards and enemies. You’ll need to time your jumps just right because your character won’t jump too high or too far after you press the X button, quickly coming back to the ground. Your main toll is the titular Mekabolt, which you can shoot with the Square button. What this does is stun robots so that you can push them or stand on top of them as if they were a small platform. Shoot them again, and they’ll stop being stunned.


The first couple of stages in the game will be the short tutorial that will show you the basics, as well as how a single hit is going to kill you, no matter what hits you. Along with the robots that are now out of control, you’ll also have to avoid the deadly spikes that are sticking out of the floor, walls, and ceilings, as well as the ones that pop out of the ground as you walk over them. There are also going to be some huge rock fists that, if you don’t pay attention, will crush you as they move up and down. 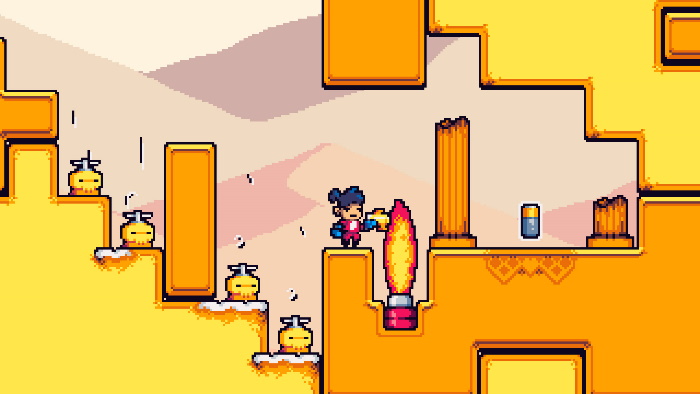 Along with the regular small yellow robots that you get to see during the game’s initial cutscene, you will run into other types of robots with different abilities that will come in handy. There is a blue robot that is hovering in the air, and once you shoot it and it is stunned, standing on top of it will reactivate its flight pattern, allowing you to reach other platforms. Another of the robots is a yellow and red robot that once stunned, will allow you to jump on top of it to be sent high in the air thanks to its spring top. Another robot type will shoot out rolling bombs that will ignite any vegetation they come into contact with, clearing the way for you to reach the level’s battery.


As for the game’s trophies, you’re going to get all of them from playing the game from the first stage and up to completing level 48. You’ll unlock trophies for meeting the many robots you’ll be hitting with your Mekabolt to help you reach the many batteries that have gone missing, another trophy for unlocking the dessert set of stages, another for unlocking the caves set of stages, and the other ones will be for collecting 12, 24, and 48 batteries. Since you collect one battery per stage, that’s where the 48 stages to complete comes into play. 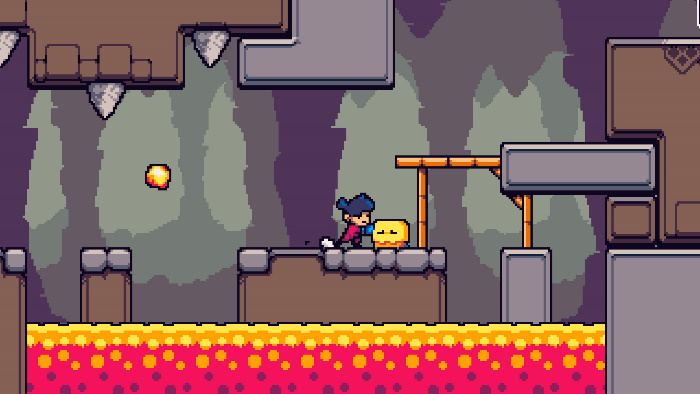 As EdEN mentioned, your character won’t be jumping very high or far when you hit the X button, which at first felt weird since I’m used to playing platformers where a character’s jump will behave differently, not to mention a character usually doesn’t feel like it’s going down towards the ground as if something was pulling from it as soon as it has jumped! It was not a deal-breaker, but it did take me a handful of levels before the character’s jumps made more sense.

One robot that EdEN didn’t mention is the one that has two cannons for a hat – at least it looks like a hat! What this one will do after being shot with the Mekabolt is that it will shoot out one spear from each of the side cannons, spears that travel at a very high speed. You’ll need to time your shot so that you can quickly jump out of harm’s way, or else you’ll end up skewered. The good thing is that after the robot has shot the spears, it won’t be shooting any extra spears and that the spears that land on the walls can be used as platforms so that you can reach the battery! 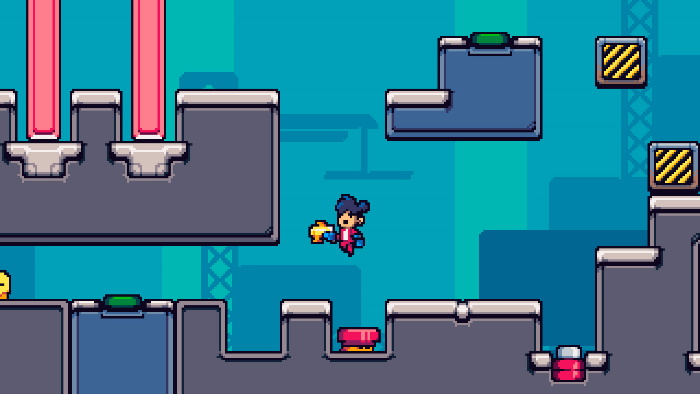 In the levels of the later areas of the game, you’ll be pushing blocks (or moving them by shooting) to reach new heights, destroying special blocks by shooting them with your Mekabolt, shooting stalactites to have them come crashing down to open new paths for you to take, avoid the dangerous fire being shot out of what seem to be discarded engines, avoiding very spiky cactus, staying out of the scorching hot lava, or avoiding the fireballs that come out of the lava (which reminded me for a bit of the Super Mario Bros. series). 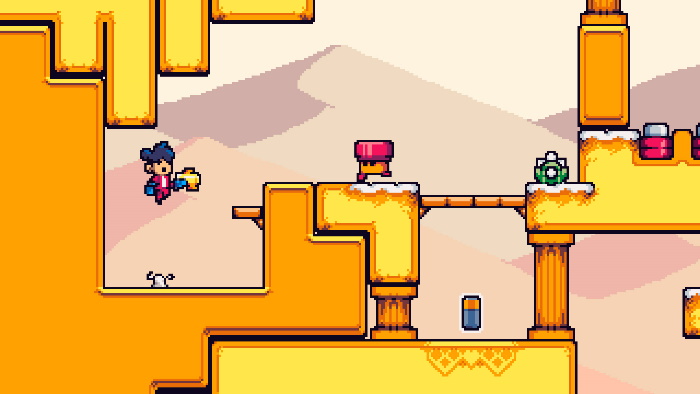 While EdEN played the game on PlayStation 4 for this review, I played the game on my PlayStation Vita, and you know what that means! As has happened with other games from Ratalaika we have reviewed here, Mekabolt on the PS Vita does not run as fast as it does on the PlayStation 4. It’s not as big of a difference as I have experienced with other releases, but the framerate is definitely not the same. I did notice that the game didn’t completely freeze up when collecting a new trophy, but the framerate was indeed halved for a second or two. 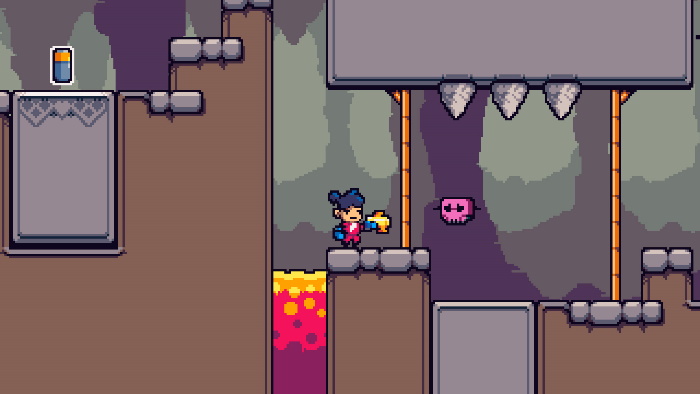 Final Thoughts
Mekabolt is a good 2D puzzle platformer that is a lot of fun to play. Levels are small and bite-sized, so you could play a handful of levels in a few minutes. Trophy hunters are going to like that the Platinum trophy can be obtained in around 30-40 minutes on PlayStation 4, and in around 5-10 extra minutes on PS Vita due to the difference in framerates and a tiny bit of extra loading. 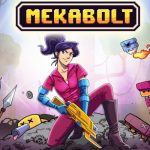 Disclaimer
This Mekabolt review is based on a Nintendo Switch copy provided by Ratalaika Games.

SEGA Genesis Mini Out This Month