This is a double review for Legend of the Skyfish. EdEN and Ceidz played the game, and this review presents what they both had to say.

In Legend of the Skyfish, you take control of Little Red Hook who, with the aid of the Moonwhale, will explore the many islands of the land in search of the titular Skyfish to defeat it and end its reign of terror. The game features a gorgeous art style with hand-painted and crafted areas and characters, and it’s a look that will certainly grow on you in this a top-down adventure that at times will remind you a bit of The Legend of Zelda. There are 45 levels to explore, and at the end of each one, you’ll have to destroy a statue to clear the area of monsters so that you can move on to the next location. 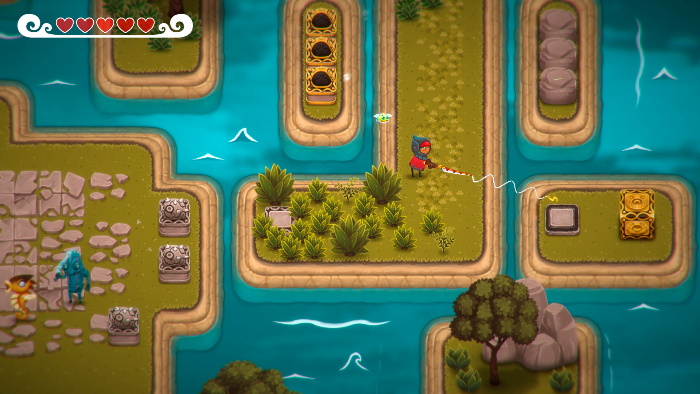 You’ll control your character with the left analog stick or the D-Pad, using the right analog stick to aim and the R button to shoot out the fishing line of the fishing rod that the main character is carrying. Thanks to this, you’ll be using the fishing rod as a grappling hook of sorts. You can use this to grab to metal hatches to drag yourself towards them, or to pull a block towards a switch plate. You can attack with it as if it was a sword by pressing the L1 button, or the Square, Triangle, Circle, or X button. 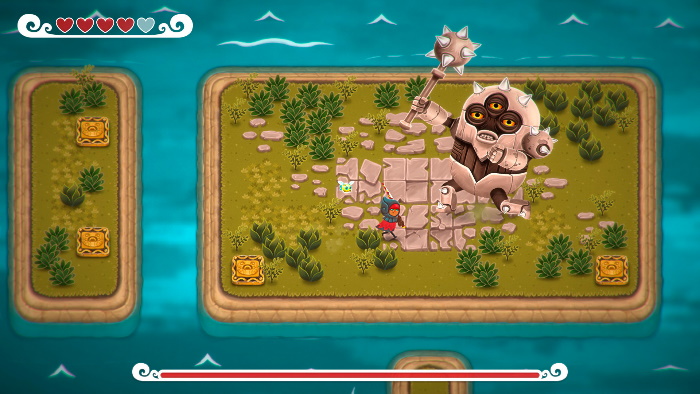 The levels are bite-sized, so you won’t feel lost or overwhelmed as you explore each one, searching for the switches you need to press to open the doors that will lead you to the statue you have to destroy to carry on to the next island. And then there are the boss battles. These will feature a considerably larger foe to defeat, so you’ll need to pay attention to the movement and attack pattern of each one so that you can find the best way to defeat them. Overall, it’s a fun experience on PlayStation 4 that you can complete in around 3 hours or so. 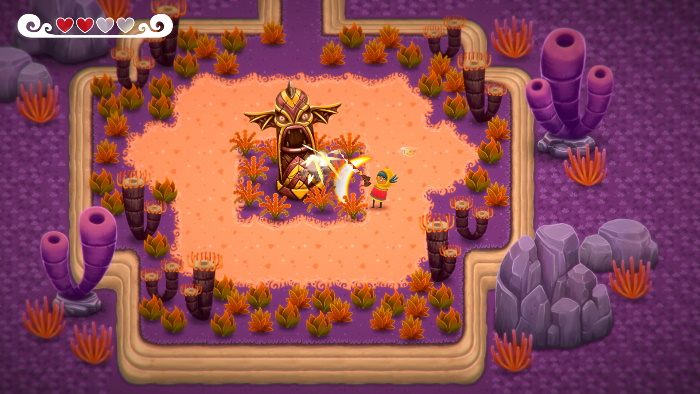 As EdEN said, this is a top-down game in which you’ll control a character as you explore areas that will make you think of Nintendos’ beloved and long-running The Legend of Zelda series – which is definitely not a bad thing! I’m talking about the old-school top-down entries, not the 3D games released from The Legend of Zelda: Ocarina of Time and on. As you explore each of the self-contained areas, you’ll run into enemies to defeat, statues to push, structures that shoot out deadly darts, spikes that come out of the ground, and more. You’ll need to pay attention or else you’re going to run out of health hearts! To keep this from happening, you should make sure to collect any of the hearts that will help you recover your health. 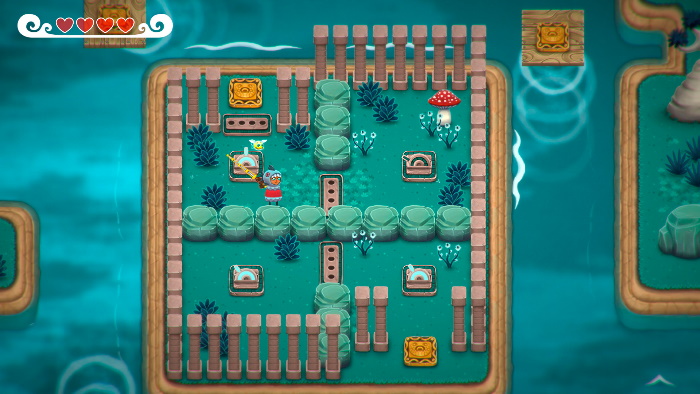 While exploring the levels you will visit with the help of the Moonwhale, you should keep your eye out for treasure chests since they will contain upgrades to your equipment. You can find new and improved fishing rods, different hooks for your fishing rods, or robes for Little Red Hook. You’ll get a chance to equip the new things you find as soon as you take it out of a chest, and you’ll also get a chance to select your equipment before you enter the level after you find your first piece of equipment, in case you want to do something different. You can tell how many chests are in a level by checking out the overall map for that stage before you jump into action. 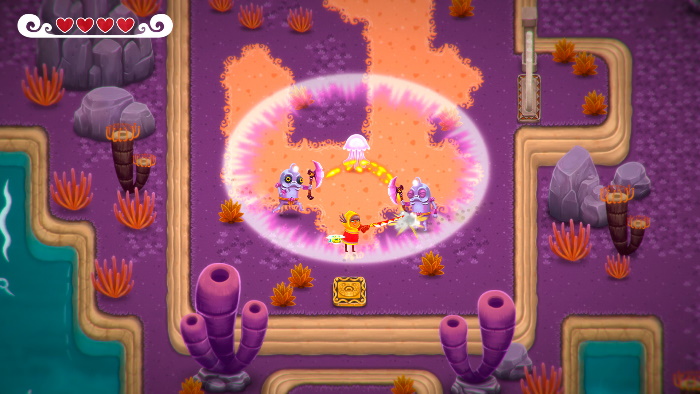 The list of Legend of the Skyfish trophies is going to have a Platinum for you, but this is one of those Ratalaika releases that you do need to complete before you can get all of the trophies. The first trophies you’ll unlock are for using a hatch to pull yourself with the fishing rod, for pulling an enemy towards you, and for defeating your first enemy. You can also get a trophy for beating a level without getting hit at all. There are also trophies for beating each of the bosses in the game. Overall, it’s going to take you around 3-4 hours to Platinum. 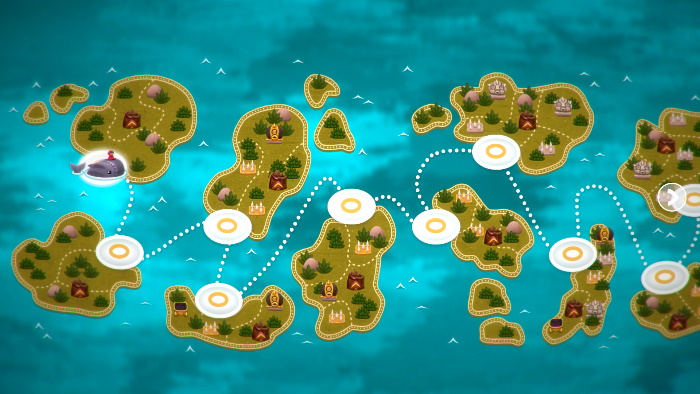 Final Thoughts
Legend of the Skyfish is another fun release from Ratalaika Games that is an entertaining experience on PlayStation 4 and PlayStation Vita. It’s a cross-buy release, so buying one version will award you the other one as well. The gameplay mechanics are easy to understand, and the game’s challenge feels just right, as to not overwhelm you.

[PS4Blog.net Interview] CollectorVision On Sydney Hunter and the Curse of the Mayan