Are you ready for a new pinball table from EnjoyUp Games on the Nintendo Switch? Then come check out our Titans Pinball review! 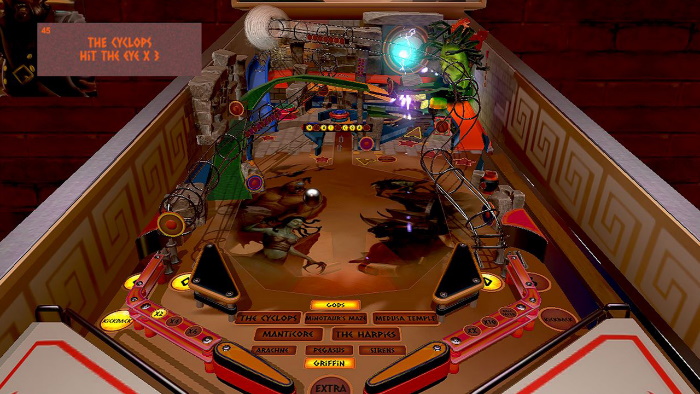 EnjoyUp Games has previously released different pinball machines under themes of werewolves, mummies, pirates, and more, and this time around we’re getting one based on mythology with Titans Pinball. The main image for the pinball table shows a Cyclops, Medusa, a manticore, and a minotaur, and the table itself also showcases Medusa’s head, snakes for hair and all, at the upper right side of the screen. There are also other decoration elements that will give the table a worn-out and ancient look to fit with the overall theme. 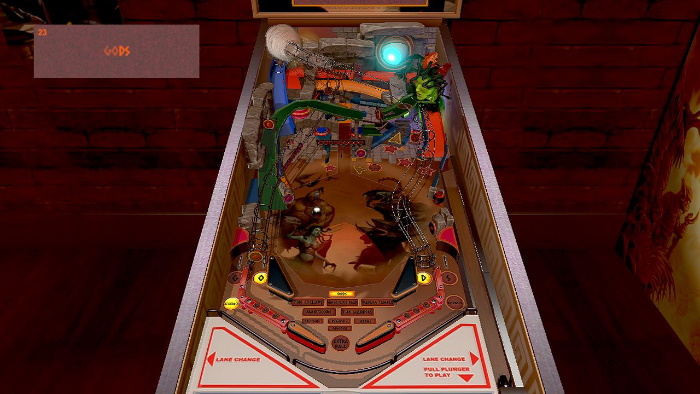 As has been the case for previous pinball tables from EnjoyUp Games, you will get to control the left flippers with the L or ZL buttons, and the right flipper with the R or ZR buttons. The plunger to shoot the ball into play will be moved down by using the right analog stick. If for some reason, you find yourself in need of giving the pinball table a little nudge, you can do so with the left analog stick or the B button. You do need to be careful when doing this, or else you will end up with a tilt and will stop being able to control the flippers. If you want to change the camera view, you can cycle between the available options by pressing the – button.


You have two ramps on the left side of the screen – one of which leads to Medusa –, as well as another ramp on the right side of the screen. There are different blinking targets to hit all over the table, with a skillshot or two for you to complete as well. The mini-games will play into the mythological theme, so you’ll be taking on the Cyclops, Medusa’s temple, the manticore, the harpies, Arachne, the deadly sirens, and more. It’s not as fast-paced as other pinball tables from EnjoyUp, but’s it’s definitely a fun table. 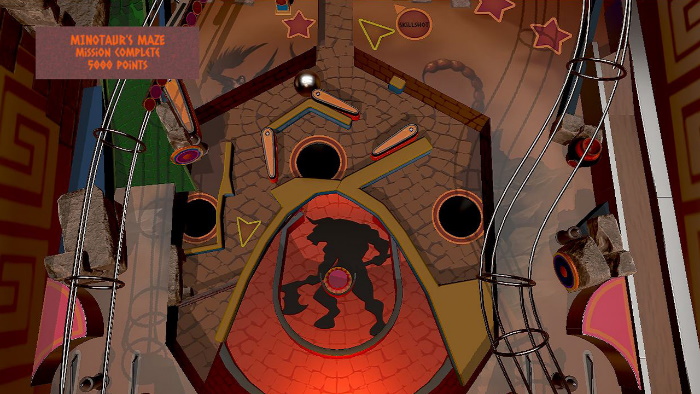 One of the mini-games in Titans Pinball will show up in the middle of the pinball table, sending you into the minotaur’s maze. When in here, you will need to pay attention to the glowing target so that you can manipulate the flippers to help the ball reach its target. Pay close attention to what path you’ll need to take by moving the flippers around, and once inside the lower second mini playing field, you will need to use the flippers to send the ball towards the targets that will allow you to clear a path towards defeating the minotaur. 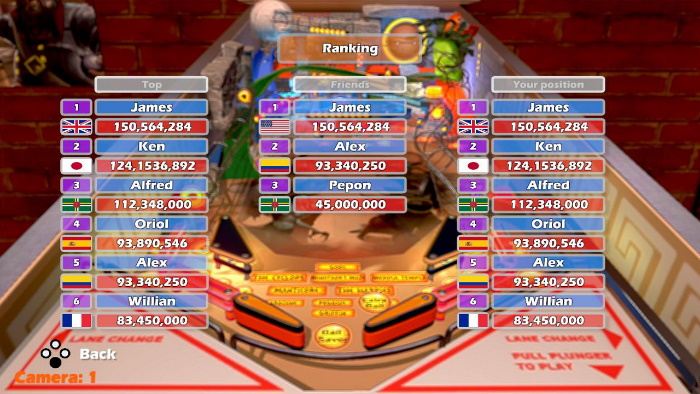 A great way of playing Titans Pinball when in Portable or Tabletop mode, is to go into the options menu and activating the vertical play mode. What this will do is move the entire presentation into a vertical orientation, allowing you to make the most of the Nintendo Switch’s screen. When in vertical mode, the controls will remain the same, but you will be able to look at the entire pinball table at once, sort of as if you were playing this one in a physical pinball arcade machine. The game also includes online leaderboards so that you can compare your performance to that of other players from around the world. 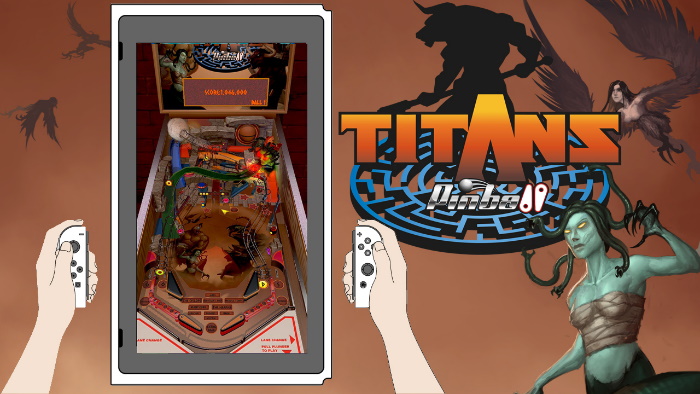 Titans Pinball is a good budget pinball table that you can get for $1.99 on the Nintendo Switch. It’s not as fun as Dragon Pinball, but it’s definitely a good addition to your pinball collection.

Disclaimer
This Titans Pinball review is based on a Nintendo Switch copy provided by EnjoyUp Games.