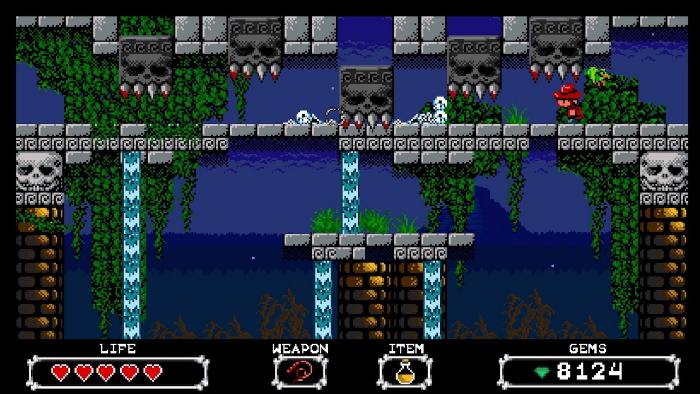 Sydney Hunter and the Curse of the Mayan is a new entry in the Sydney Hunter 2D action series, which CollectorVision has released for the ColecoVision, Intellivision, C64, and Sega Master System. You play as the titular character in a new adventure set in the lost Mayan Haab temple. The team has described this as a game that mixes elements from Castlevania, Mega Man, Super Mario Bros., The Legend of Zelda, and Metroid, and I’m here to report that said statements are definitely backed up by the content available in Sydney Hunter and the Curse of the Mayan. 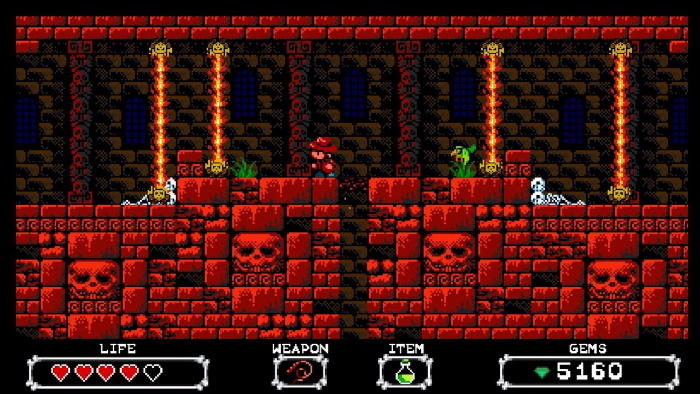 Each of the stages you take on will feature keys of different colors, as well as some crystal skulls you need to collect, since they act like the stars in Super Mario 64, granting you access to new doors in the main temple. The keys will allow you to open the doors inside a stage that match their color. You can also collect gems and coins to add to your gem count, which will be used to purchase items later in the game – things such as elixirs, meals that boost your total hit points, extra keys. And then there are the special large yellow diamonds hidden in each level, as well as the seven pieces of the Haab calendar you need to recover to bring peace to the Maya civilization. 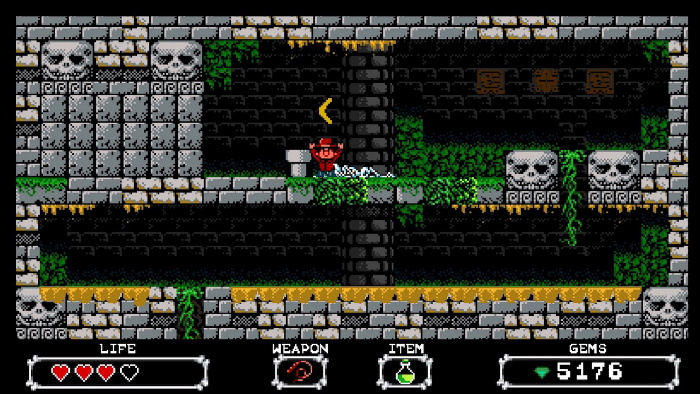 The first relic that you need to collect is a large blue shell located at the right of the first stage in the game. Why? Because this particular blue shell will allow you to understand foreign languages, making it possible for you to understand the locals you will find inside of the temple and of its stages… or does it? You’ll soon find out that all the locals actually speak your language, but the whole blue shell thing is a fun prank they play on anyone who enters the temple, as a test of sorts.

While exploring each area, you will move Sydney Hunter with the left analog stick or the D-Pad, Jumping with the B button and attacking with the A button. You can use an item with the X button, or you can use it directly from the pause menu if needed. The same applies to the weapons you can collect during your journey, and you can cycle between them with the L and R button to quickly select the one you need. You can also review the items, weapons, and relics you have collected by pressing the + button. 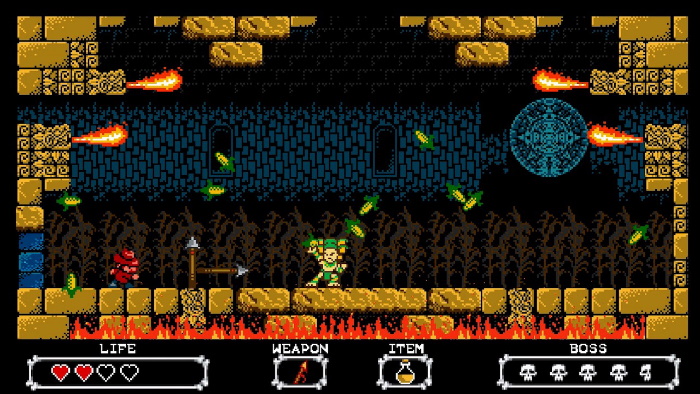 You need to watch out for the creatures and enemies you will find in each of the levels of Sydney Hunter and the Curse of the Mayan because you start with only three hearts and touching any of them will hurt Sydney and make him lose one of this hearts. If you’re damaged, you should try to find some fruit to heal your wounds, either available out in the open, or after breaking some of the vases or weak walls in the game. You could also use an elixir to replenish some of your health, as long as you have one in your inventory. An elixir’s strength will be based on its color, and some elixir can actually be used twice. 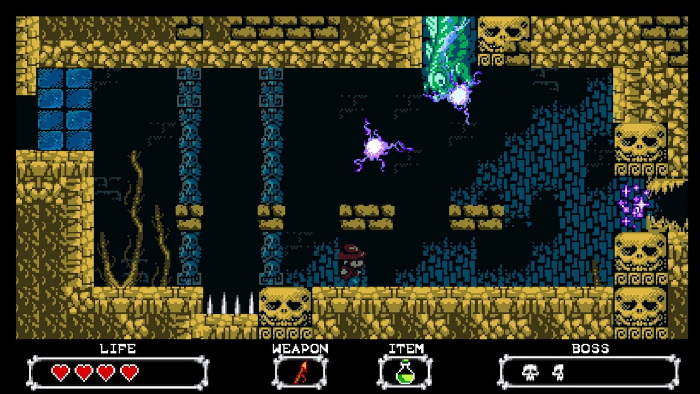 Something else to keep an eye out for is the hazards you will find, as they’re pretty much going to deal you a one-hit kill. Fire pits and sharp spikes are always bad news for any explorer, and you will also find bridges and platforms that come crumbling down right under you. Die, and you will be sent back to the start of the stage you’re exploring, which is certainly not fun! At least when you die, you will get to keep the weapons and relics you had already found before making the mistake of dying, but you will need to once again collect any keys, items, and crystal skulls you had found. Luckily stages have saves statue you can use to save your progress up to that point, so once you save at a statue, you won’t need to start from scratch for that level.


As for the enemies you will face in Sydney Hunter and the Curse of the Mayan, you will find small rats and bats, snakes, big spiders, zombies, scorpions, giant beetles, deadly warriors, and more. And then, there are the bosses in the game that are very Mega Man in nature, while dialing the difficulty up to 11. You’ll have to make good use of your starting trusty whip, as well as of the boomerang and spear you’ll find along the way to be able to attack enemies from a safe distance, or else you’re going to regret it! 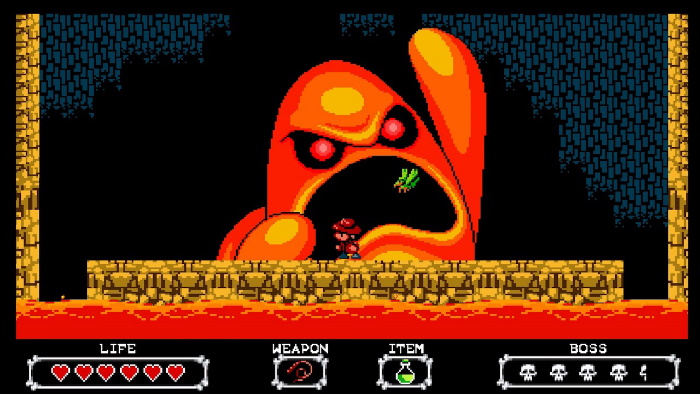 Sydney Hunter and the Curse of the Mayan is a fun 2D action platformer that pays homage to the classics some of us grew up with back in the NES day, all while giving us a new and original adventure to complete. There are plenty of stages to explore, a ton of crystal skulls to collect, and one particularly challenging level you won’t be able to unlock unless you’ve proven you’re very good at the game by collecting all of the crystal skulls. Sydney Hunter and the Curse of the Mayan is out on Nintendo Switch for $19.99, and it’s an adventure I recommend you embark on.

Disclaimer
This Sydney Hunter and the Curse of the Mayan review is based on a Nintendo Switch copy provided by CollectorVision.

Niffelheim Out Now On PS4 And Nintendo Switch