Right from the start, you’ll notice that Rally Rock ‘N Racing has good graphics, more realistic courses, and a variety of modes to play, including multiplayer options. There is also a night and day cycle in play, which instantly separates this one from other games from EnjoyUp. You have realistic backgrounds with nice attention to detail – if you’re driving along a course that is bright and sunny, you can see the sunshine on your car. The environment types offer a nice variety, with deserts, snowy mountains, and green leafy woodlands. Every location is completely different for every track, which is something I liked. 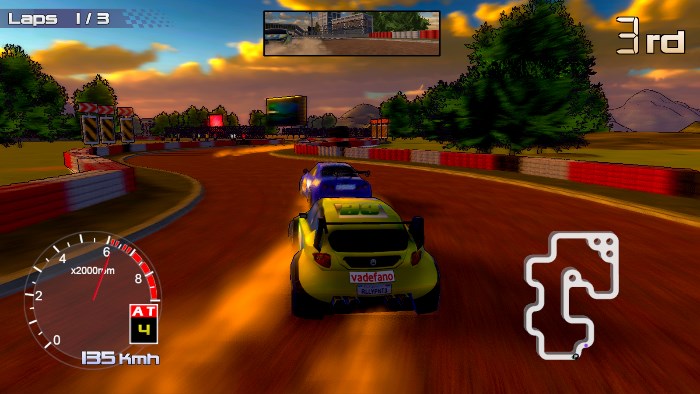 As for the game’s soundtrack, the name suggests we’re getting a rock ‘n roll style, and that is definitely what you’ll experience in Rally Rock ‘N Racing on Nintendo Switch! If I have to be honest, I’m more into electronic music, but I do have to say that the soundtrack for this racer is a good one that will make you think of the classic 3D racing games you used to play in the arcades many years ago. 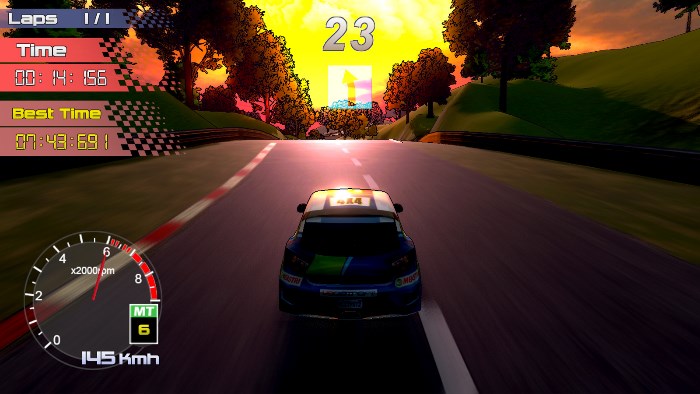 As for the gameplay modes, you have Training, which is pretty self-explanatory. In this one, you will get the opportunity to learn how to use the controls, accelerate, brake, and so on. It’s all easy stuff for a racing game that won’t take you long to complete. After that, you have the Championship and World Rally Cup modes, both of which can be played solo, if that is what you prefer. There are also Time Trials so that you can compete and see how fast you can be to complete the race. 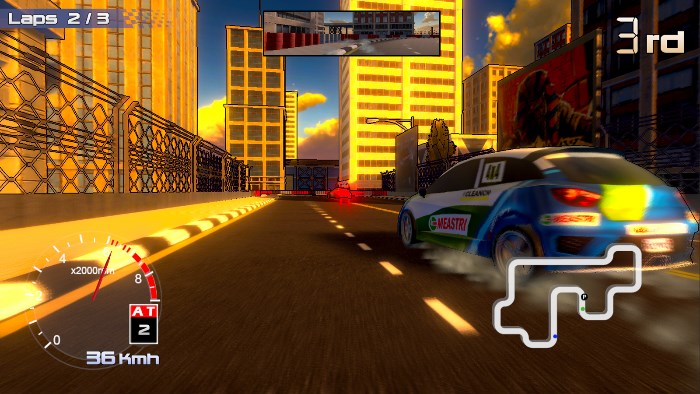 The World Rally Cup mode has three difficulty settings, and it’s a different type of mode than what you probably have in mind. You won’t be racing against others, as you will actually be alone car doing laps as you race against time. The faster you are at completing a lap, the better your odds of completing the race and getting a good overall time. Pay attention to the track’s layout, try not to crash too many times – or at all! -, and you’ll get to beat the timer and improve your performance. 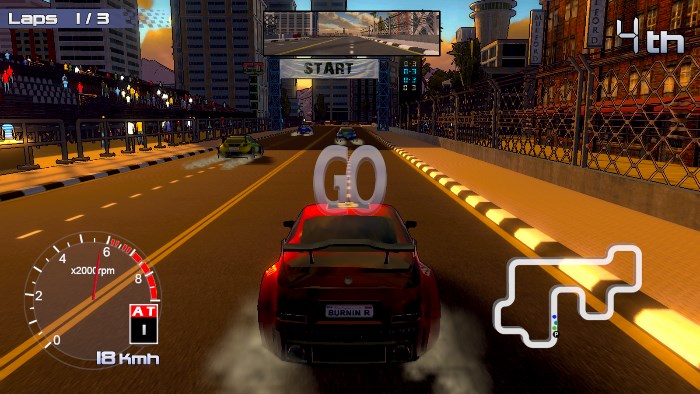 Championship mode is the main gameplay mode for Rally Rock ‘N Racing, offering you Bronze, Silver, and Gold cups, each offering three different race tracks with three laps to do. As you play in this mode, you should pay attention to your rear view mirror, which is placed at the top of the screen, so that you can keep track of who is behind you. Unlike World Rally Cup mode, you have other AI racers to race against, and they’re pretty competent as well. As expected, racing in the Gold cup will prove to be the hardest experience, so be sure you don’t crash, or you’ll lose your position.

Disclaimer
This Rally Rock ‘N Racing review is based on a Nintendo Switch copy provided by EnjoyUp Games.

Gun Gun Pixies Out This Week