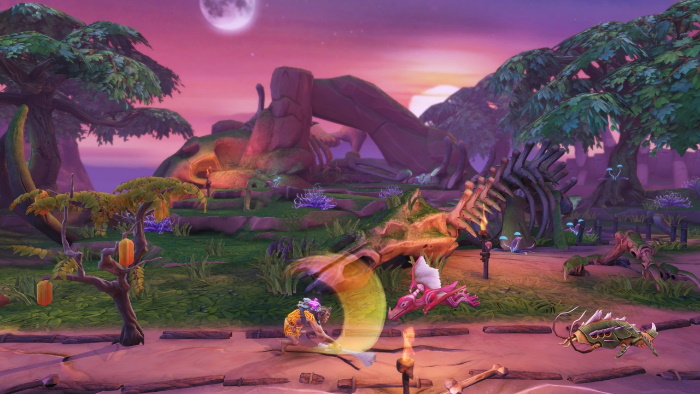 7Levels, who previously gave us Castle of Heart, Golf Peaks, and Warplanes: WW2 Dogfight on Nintendo Switch, is back on Nintendo’s console with Jet Kave Adventure, a 2D platformer in which we get to control of Kave, a former chief who has been banished from his tribe. You’ll run and jump your way through over 30 levels as you try to find out what a visitor from another planet seems to be searching for. If after seeing the trailer for the game you’re thinking it reminds you of the beloved Donkey Kong Country series, then you’re right… which is not a bad thing! 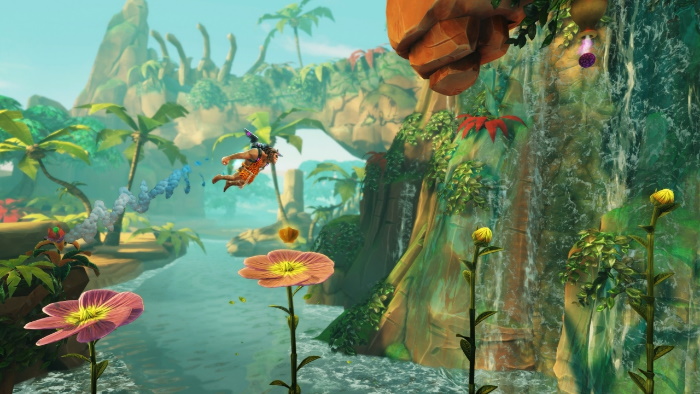 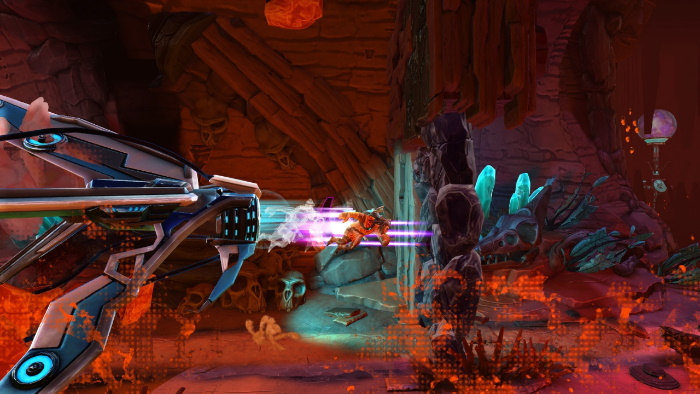 The seeds you collect in each of the stages can be used to purchase boosts for your character, adding things such as an expanded energy tank of your jetpack, a longer reach for your club so that you can attack enemies from a longer distance, adding an extra food slot to your pouch so that you can collect more food to recover your health, or increasing your overall health bar. Each of these categories has different levels, so you’ll be able to purchase them more than once at an increasingly higher price. 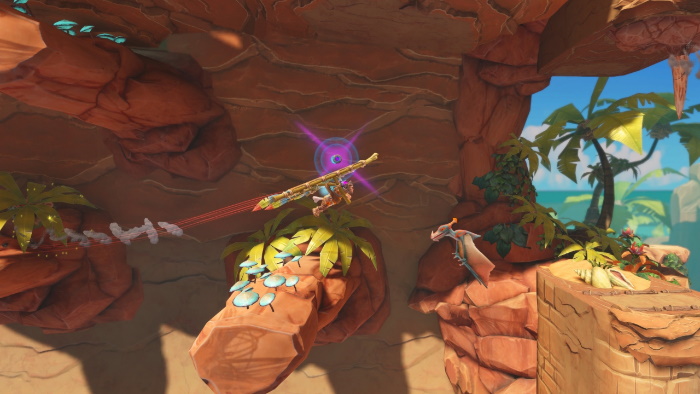 If you’re someone who likes to 100% a game, then you’re in for a treat. Each of the levels in Jet Kave Adventure will let you know if you’ve collected enough seeds to reach the seed total milestone for the level, and it will also set a time limit for you to aim for as you speedrun the game. To keep you on your toes, the game will feature a countdown on the top center of the screen the second time you play a stage to keep you moving. On top of this, there’s an extra objective that will be completed once you manage to finish a stage without receiving any damage. I suggest that you first take on a level to learn its layout and where everything is located, so that you can the replay a stage aiming to complete one or two of the objectives at a time. 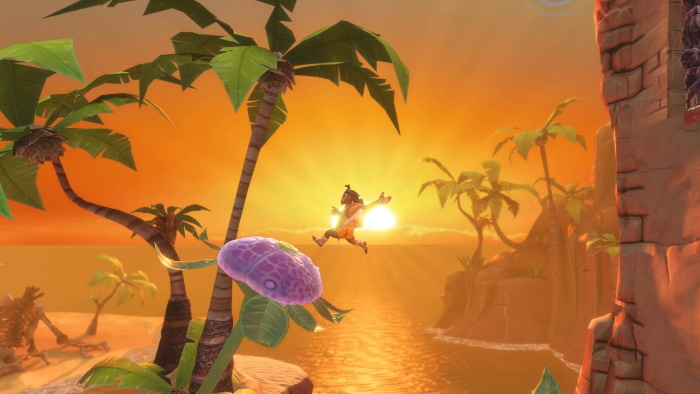 Some of the stages will feature a boss fight, for which you’ll need to pay attention to the boss’ movement and attack patterns so that you can create a strategy to avoid their attacks while finding the right time to attack them to deal some damage. You won’t be able to attack a boss whenever you want since you need to wait for an opening during which a boss is vulnerable to be able to damage it. 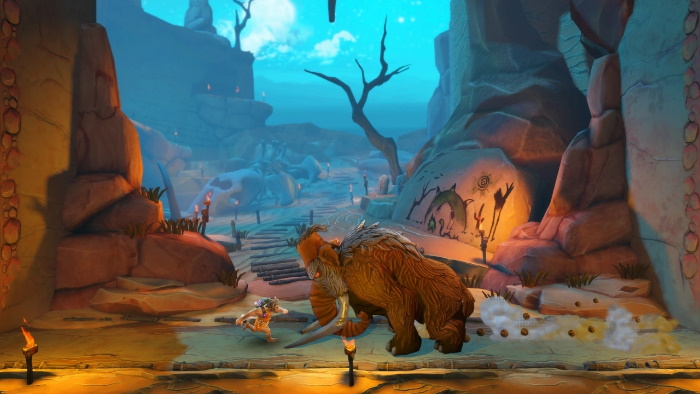 Jet Kave Adventure is a colorful, charming and fun 2.5 platformer that stands out on Nintendo Switch. It offers more than 30 stages to explore as you collect as many seeds as possible to boost your character’s abilities one level at a time. It’s available for a very respectable $19.99, and you’ll definitely be getting your money’s worth.

Disclaimer
This Jet Kave Adventure review is based on a Nintendo Switch copy provided by 7Levels.

MISTOVER On Its Way To PS4 And Nintendo Switch