JackQuest places you in the shoes of the titular hero who sets out on an adventure to save Nara, the love of his life who has been kidnapped. Learn more in our JackQuest review! 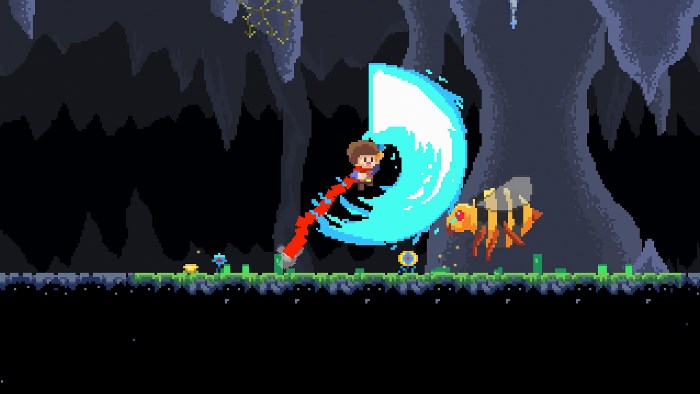 One night when Jack invites Nara to enjoy a quiet and peaceful night in the forest so that he can confess his love to her, thing go terribly wrong. Nara is kidnapped by the orc Korg Forces, which is why Jack sets out on an adventure to save his one true love before it is too late! With nothing more than his desire to save Nara, Jack jumps down a hole into a cavern, where he will learn the basics of the game. 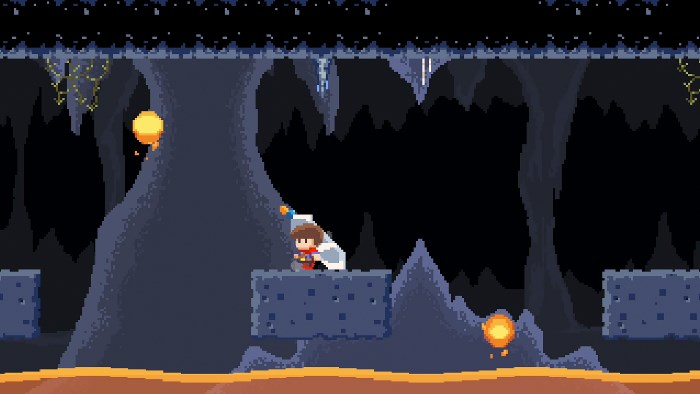 You’ll run around with the left analog stick or the D-Pad, jumping with the B button and wall-jumping by hugging a wall and then pressing the B button one more time. You won’t have a weapon for the first couple of minutes of your adventure but worry not as you will find a rather large blade deep in the cave. It turns out that someone named Kuro has been imprisoned inside of the blade, and it asks that you carry the sword with you so that together you can break the curse placed upon him by the same one who has kidnapped Nara. Once you’re carrying the sword, you’ll be able to slice and dice with the Y button. Collect some gems, and you’ll be able to use a powerful special attack with the A button. 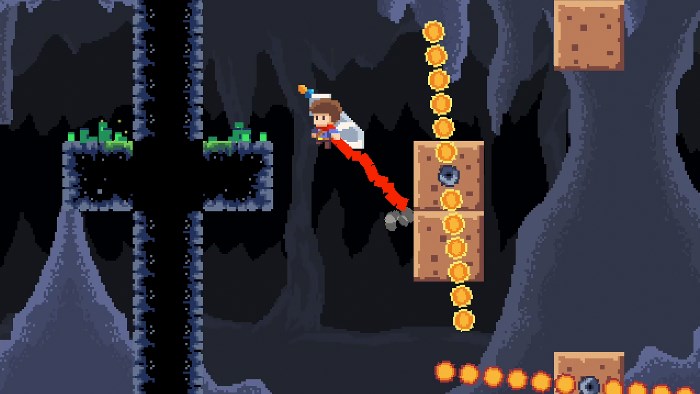 As you defeat enemies and destroy boxes, you will get to collect healing potions to recover some of your lost health, as well as some very large gold coins. You can use these gold coins to purchase things at the shop. See anything you like? Then you only need to jump up and grab it… as long as you have enough coins to pay for it! One item in particular that stands out from the rest is the torch. Sure, it’s a bit expensive, but it’s also very useful since it will allow you to save anywhere, instead of having to find a save stone to record your progress. These items will be useful, but not as useful as the power-ups you can get by defeating the game’s bosses! 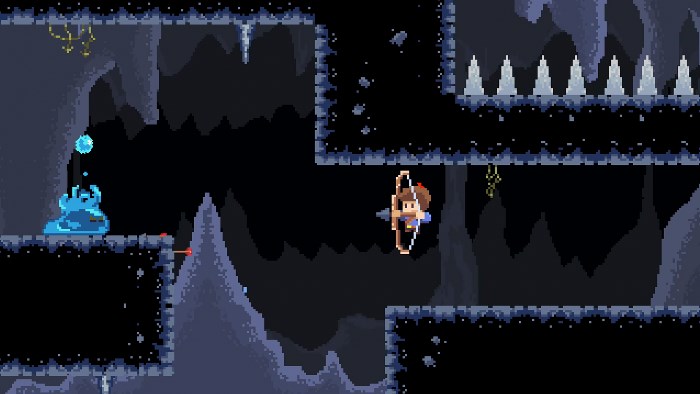 You see, JackQuest has a bit of a Metroidvania vibe, so you’ll be obtaining new power-ups that will allow you to reach areas that you couldn’t before. Take, for example, a spot close to the start of the game that contains an extra heart for your health bar. No matter how hard you try, you won’t be able to make the jump to the platform that leads to the extra heart. But once you’ve defeated the slime boss, you will gain a special pair of magical boots that will allow you to double jump, making it very easy to get to that previously out of reach spot. What other power-ups will you get? Well, I can tell you there is probably going to be a bow and arrow in your future. 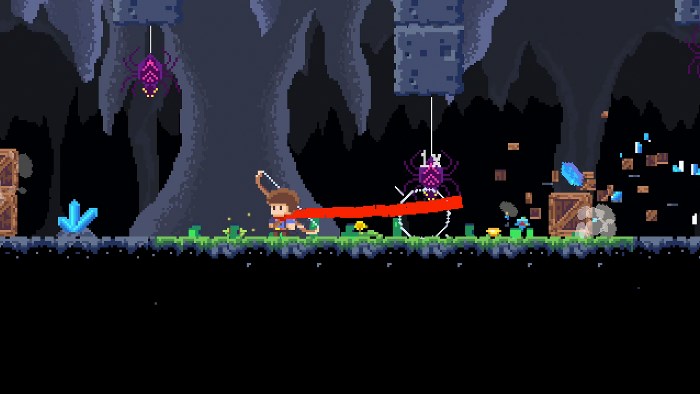 JackQuest features an in-game achievements system with different objectives for you to complete in order to 100% finish the game. These include simple objectives such as killing 50 monsters, finding a secret room, being impaled for the first time, finding your first heart, your first crystal, collecting all hearts as well as all gems, defeating each of the bosses in the game, and rescuing Nara. 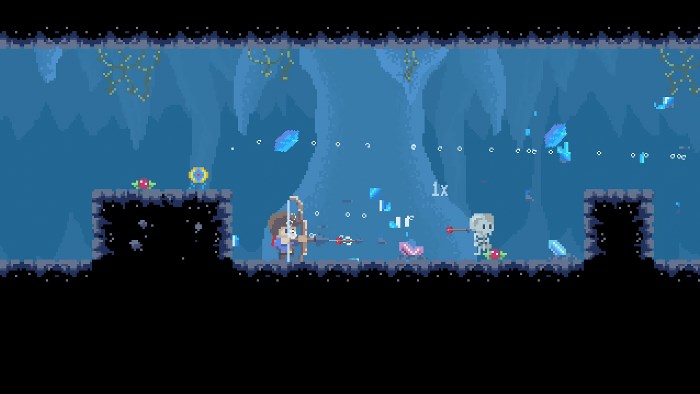 JackQuest is a fun minimalist 2D Metroidvania that you can complete in a couple of hours at most. It has a solid pixel art style, tight gameplay mechanics, an in-game achievements system, and a budget $9.99 price. It was an entertaining game to review, and one that will be easy to pick up and play for players of all skill levels thanks to its generous save system.

Disclaimer
This JackQuest review is based on a Nintendo Switch copy provided by Blowfish Studios.