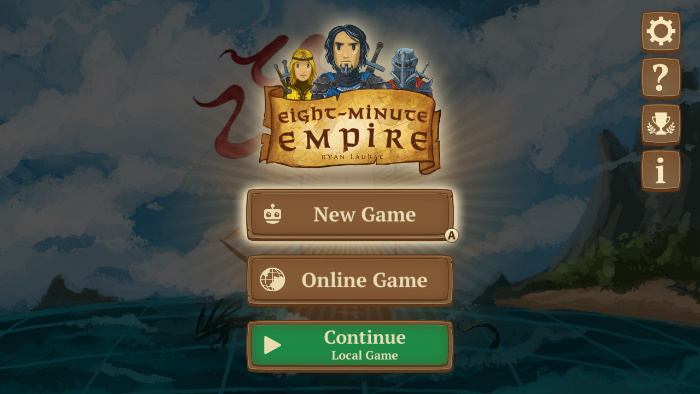 Eight-Minute Empire is a board game from Ryan Laukat and Red Raven Games that launched back in 2012 as a print-and-play experience. Thanks to a successful Kickstarter campaign with over 950 backers that pledged more than $34,000 in funding, a physical version was later produced, along with an expansion. It’s now 2019, and the digital version of the game has found its way to the Nintendo Switch thanks to Mobo Studio and Acram Digital as Eight-Minute Empire: Complete Edition – more in a bit on why this one is called the Complete Edition.


You can play on your own by adding AI bots of an easy, medium, or hard difficulty, with other players locally, or you can use your Nintendo Online account and dive into some online fun. The goal for the game is very simple: get the highest number of victory points by the end of the game to win. You will receive one victory point for each region you control, one victory point for every continent you control, as well as extra victory points for having sets of identical goods, based on the type of goods. As the name suggests, this is an easy to understand and fast-paced pick-up-and-play type of board game. To control a region, you will need to have more armies and cities in that area than the other players. To control a continent, you need to have more regions under your power than the other players. 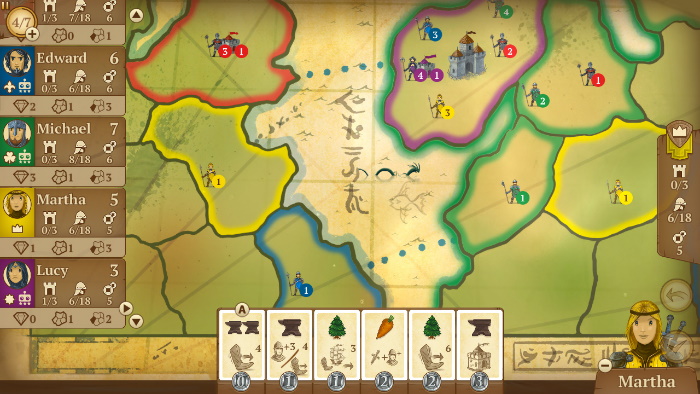 Before starting a game, you will get to use your coins to bid a secret amount of them against the other players. Whoever places the highest secret bid will win, and after paying the number of coins bid (and only the winner pays the coins from the bid), that player can get to decide who will go first- if you win you’re probably going to want to go up first, right? For each of a player’s turns, you will get to take one of the six exposed cards in the center of the screen, as long as you pay the number of coins that the card displays. After doing this, the player will receive the card’s goods.


This could include one of the types of goods (crystal, coal, wood, iron, and food), as well as an additional action which is usually better depending on how high of a price you have to pay for with your coins. You might get to recruit some troops to your cause, move troops around the map, build a city, move troops over land or sea, destroy enemy troops, etc. Your turn ends when you select for it to end by pressing the X button or touching the end turn button at the bottom right of the screen. Up until you complete your turn, you have the option of canceling all actions and going back in time, in case you decide to do something differently. 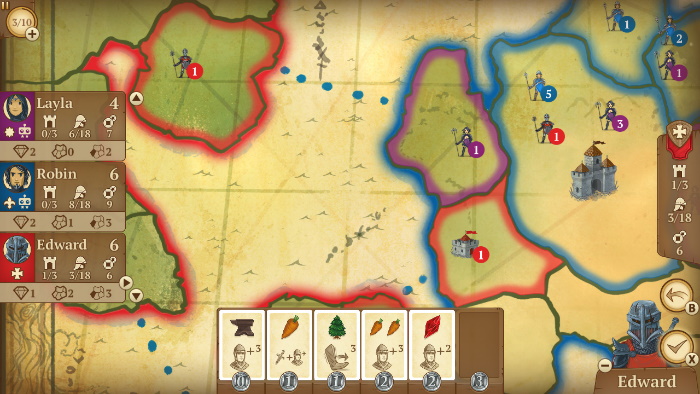 The two twists for the game is that the six face-up cards will slide to the left at the end of a turn, and a new card will be added to the mix to replace the one that was picked up, and this means that the cost for the cards will also change every turn since it goes from zero to three coins, left to right. Oh, and you won’t be getting any extra coins to spend other than your initial stash! Win the initial bid, and you will get to select if you want to go first, but you will also be at a slight disadvantage since other players will have all of their coins. You will need to make the most of the cards that have no cost to compensate for this, so that you can stay within budget, so to speak.

Before you start playing on any of the maps, you can activate the goods tokens option if you want to. What this does is add random goods tokens to some of the regions on the board, giving you and your opponents an extra incentive to try to get your troops out into the wild ASAP so that you can add more goods to your collection, thus increasing your odds of winning by getting extra victory points based on your sets of goods of the same type. Activating the mountains expansion will add mountain regions to the map, and what this does is keep you from moving army units out of a mountain region until you have at least two army units on that section. 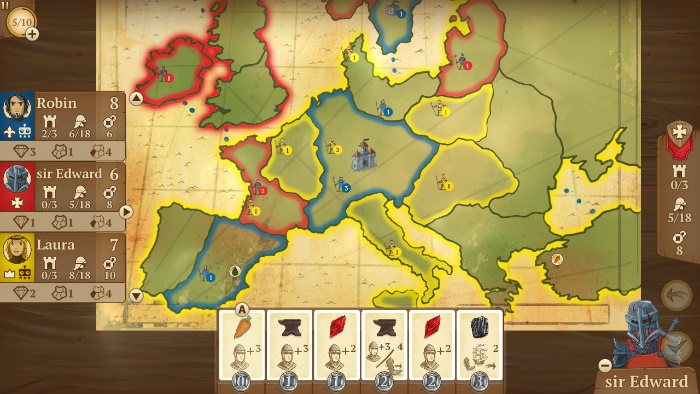 And now, let’s talk about why this one is called the Complete Edition. Along with the base game, it includes the mountains expansion, the Old Europe map, the Archipelago of Azra map, the Southern Plains map, the Starfall Crater map, and the Isthmus of Gom map. The last four maps introduce some changes to the rules, which help to keep the overall experience feeling fresh since you now have access to more maps, all for one low price of $14.99 which, honestly, is a steal.


Eight-Minute Empire: Complete Edition includes a set of 75 in-game achievements for you to unlock as you play. These include objectives such as winning one, ten, one hundred, and five hundred games with any settings, in any mode, recruiting 50, 200, and 1,000 troops, moving a troop along a sea route, winning a game with the maximum available number of troops and cities on the board – for the aptly titled King achievement -, win by having exactly seven troops on the map, and more. If you’re the type of player who likes to 100% a game, you’re going to be spending dozens of hours playing this one!

As was the case for Istanbul: Digital Edition, Eight-Minute Empire: Complete Edition can be played either with the Joy-Con controllers or by using the Nintendo Switch’s touchscreen when playing in Portable or Tabletop mode. As for the options you have to configure your experience, you can select to have a higher framerate for the game – but at a higher energy use -, have the game show you the card descriptions, as well as make use of a colorblind mode for players that need it. 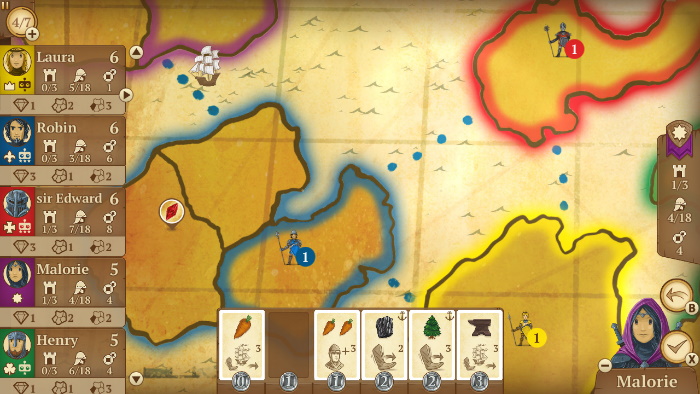 I had a lot of fun playing Eight-Minute Empire: Complete Edition on Nintendo Switch. The game is very easy to understand since its rules are simple and to the point, and the game’s main rules and setup make it easier to, indeed, be able to play single games in around eight minutes or so per run. The more players you have for a game – up to five players in total – will increase the overall time it takes you to complete each run, but you won’t be spending more than 20 minutes or so playing even with a full set of players. Eight-Minute Empire: Complete Edition has a lot of content to offer at a very low price, making it an easy game to recommend on Nintendo’s hybrid console.

Disclaimer
This Eight-Minute Empire: Complete Edition review is based on a Nintendo Switch copy provided by Acram Digital.