After getting the surprise announcement during the latest Nintendo Direct that Deadly Premonition 2 was very much a thing, and that it would be releasing exclusively on Nintendo Switch, Nintendo went one step further by showing us that Deadly Premonitions Origins would be releasing later that day for Nintendo’s hybrid console. The game was originally released on Xbox 360 back in 2010, with a Director’s Cut later made available on PlayStation 4 in 2013. Deadly Premonition is the poster boy for what a “love it or hate it” game is, as evidenced by the very low and very high review scores it received all those years ago. How does it fare in this new Nintendo Switch exclusive version that is not based on either previous version of the game? 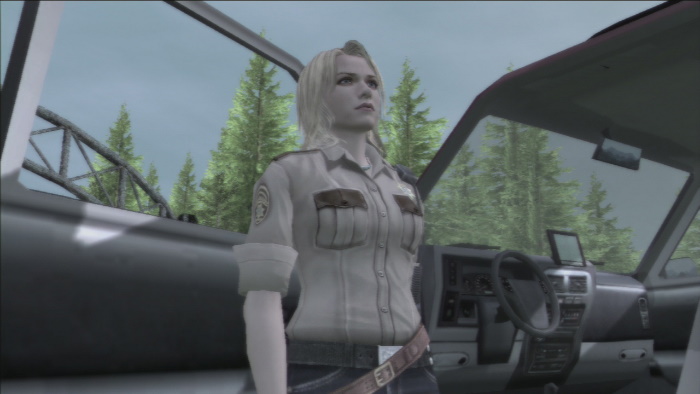 Deadly Premonition was directed by Hidetaka Suehiro (aka SWERY), who has also given us the weirdly charming The Missing: J.J. Macfield and the Island of Memories and is currently working on The Good Life and Deadly Premonition 2: A Blessing in Disguise. This one is a survival horror game, with a good emphasis on the survival part. You’ll play as FBI Special Agent Francis York Morgan who is on a case investigating the murder of Anna Graham, an eighteen-year-old woman, in what seems to be the work of serial killer on the loose. His investigation leads him to Greenvale, a town that has more to it than what is initially apparent.


You’ll move with the left analog stick, being able to run by pressing and holding the ZL button. You can observe items by pressing the X button, picking them up with the A button. The right analog stick will swing the camera around Agent York. You have a flashlight you can turn on or off with the Y button, providing some extra light in darker areas. Ready your weapon with the L button, and attack with it by pressing the R button. Hold down the ZR button, and Agent York will hold his breath, an important skill since the creatures you will fight can’t see you but will track you from your breathing. 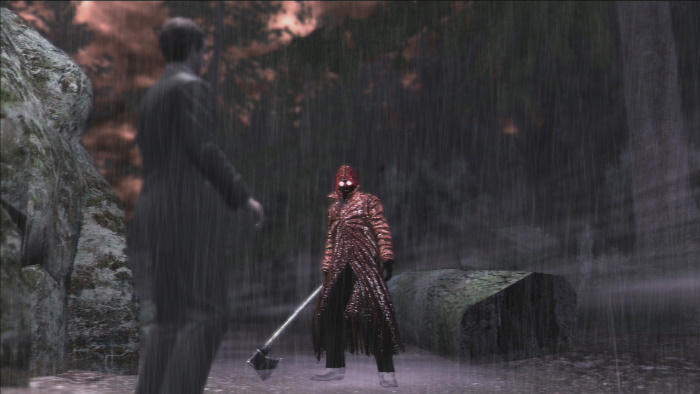 Once you gain access to the town, you’ll also be given a master key you can use to open up and drive every police car in the area. You’ll do this by steering with the left analog stick, accelerating with the R button, and braking with the L button as needed. You can also signal left and right by pressing the corresponding direction on the Nintendo Switch D-Pad. Pressing up or down will turn on and off the wipers, respectively. If you need to change the view, you can do so with the right analog stick or the X button.

You have access to a map in the pause menu, in which you can check your current location and zoom in and out to know where you can go to carry on with your journey. You can also review side-missions for the game so that you can stay on top of things. The pause menu also includes your inventory from which you’ll be able to equip weapons to attack enemies, or use healing items, eat food for your hunger, or take a break and smoke for a bit. This menu also has a sub-menu for you to remap the buttons for each of your actions, in case you feel that the default setup is not what you need. 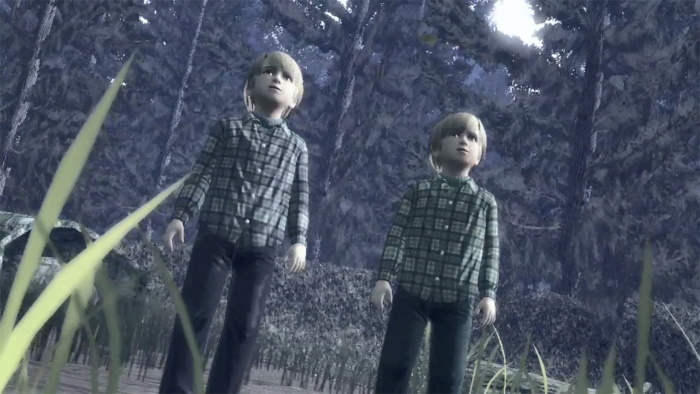 For each part of the game, you will need to do some profiling, which basically means you will need to find the special clues that will allow Agent York to obtain the information he needs to carry on with his investigation. You will see some key symbols on the left side of the screen that will be grayed out, and as you find each of the main important clues, these keys will be filled in, showing you how many more clues you have left before being able to solve that particular part of the case.

Since your inventory space is rather limited, you should make good use of the toolboxes that are presented to you. These look like extended briefcases, and will magically safe keep a ton of stuff for you since you can’t realistically carry everything with you as you explore each location. You will only be able to add or remove items when you find one of these toolboxes, so be sure you don’t place anything in one that you can’t afford to save for a later time, or else you might end up regretting it. 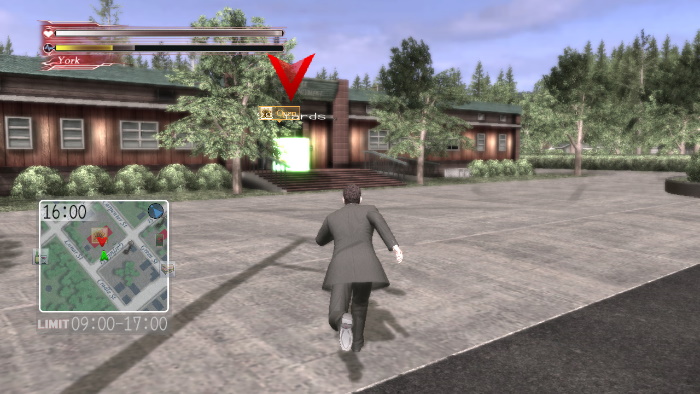 There are a ton of trading cards you can collect as you explore the game. The first one will be available during the Prologue, with the rest dotted out all over the place, and it will actually be for one Francis York Morgan. There are over 60 trading cards to collect in Deadly Premonition Origins, so you’ll certainly be busy as you explore Greenvale! There are also medals to collect that will add some extra money to your pockets so that you can more easily purchase new things to help you along.

When you pause the action, you will notice a pair of bars displayed on an old-school CRT TV. These two bars will represent your hunger (the top one with a fork and knife), as well as how tired you are (the one with the Zzz and the deer). If the bars are showing some green, then you’re good for a bit, but once the green is gone, you should make sure you eat something and get ready to get some sleep. If the hunger bar is depleted, then your character will start to lose hit points. If you’re tired and haven’t slept, then you will get tired easily when running, affecting your performance. Sleep is the best way to help with that, but you could also say, drink some coffee to buy you some extra time. 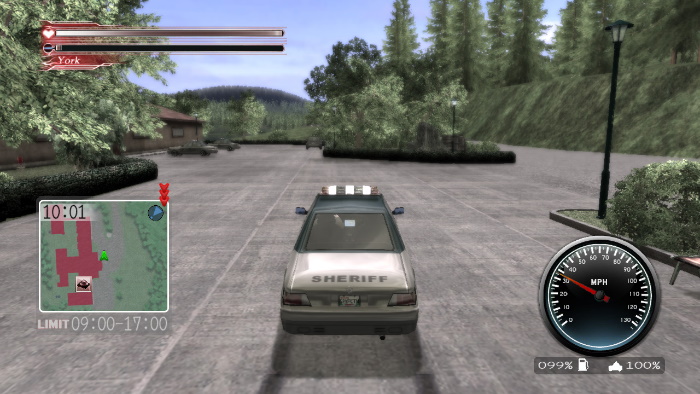 There is another pair of bars in the upper left corner of the screen that you need to be aware of. The one with the heart will represent your overall health, so be sure to keep an eye on it so that you don’t end up getting a game over. The one below it that shows a line that displays a pulse, well, it displays your character’s pulse. Run, and the pulse gauge will go up. There are other actions that will make the bar go up, so do check at all times how what you do is affecting it. If it becomes full, then your character will be overwhelmed and fatigued, leaving you wide open. 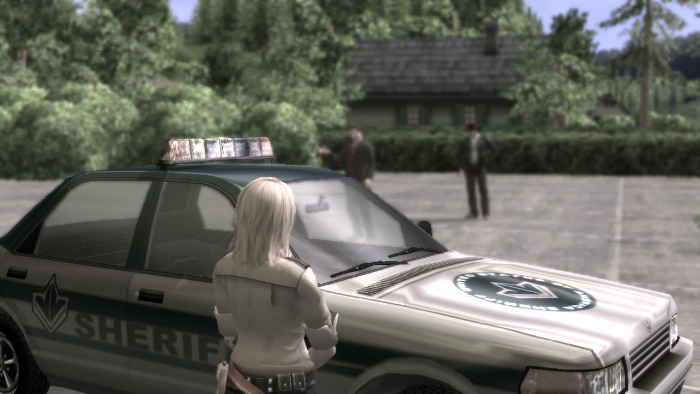 Deadly Premonition Origins is a game that you’re either going to love or hate. It’s a new version of a beloved cult classic with a heavy Twin Peaks vibe, warts and all. There are certainly some bugs here and there, some of which work for your benefit, such as some infinitely spawning items that you can put to good use, and others that could prove to be an issue if you’re not careful, as is the case for infinitely spawning enemies. You can get the game digitally right now, or check out the physical standard and collector’s edition versions that Numskull will be releasing in Europe and Australia. The collector’s edition will include a pin badge set with its own display box, which you can check in the image below. 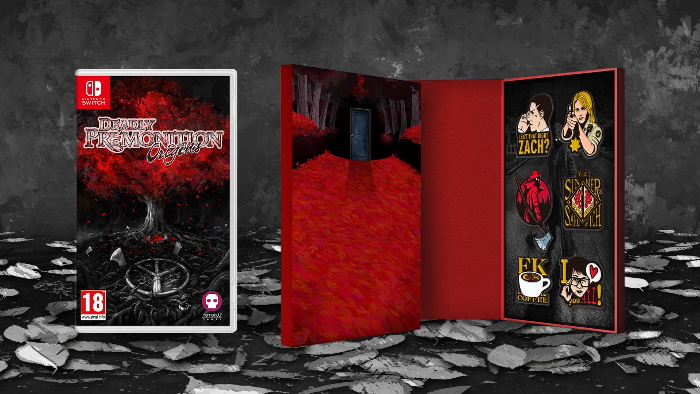 Disclaimer
This Deadly Premonition Origins review is based on a Nintendo Switch copy provided by Numskull Games.