Help cure Death of his loneliness issues and create new friends for him in Deadlings! Check out our Deadlings review!


Death is lonely. He has zero friends on his FaceTome account and no one to hang out with. So, in order to feel better he begins “Project Deadlings”

Death is lonely. He has zero friends on his FaceTome account and no one to hang out with. So, in order to feel better he begins “Project Deadlings”. Death buys a factory where he can build his laboratory and begin training a massive army of zombie minions.

As the army of Deadlings grows, the mazes within the laboratory become deadlier, loaded with puzzles and death-defying traps. Each Deadling has its own unique abilities: Bonesack is agile – he can run and jump, Creep can climb on walls and ceilings, Lazybrain treads slowly but carefully, and Stencher … well Stencher has gastric problems and can use his powerful gas clouds to fly.

You will have to combine all of these abilities to find your way in Death’s Maze.

Can you help Death to kill his boredom? Will you be able to navigate all 60+ levels available in Deadlings? Will you complete Project Deadlings, and successfully train all of your zombie minions?

Deadlings is one of the many mobile ports coming to Switch with it’s new Rotten Edition. How does the port fare going from touch controls to a console with buttons?

Deadlings is an interesting title that’s for sure. The game essentially gives you control over four “Deadlings” each with there own power, you need to collect brains and get them to the exit door in a short time period. Once you reach the end you are given up to three stars based upon brain collection and completion time. 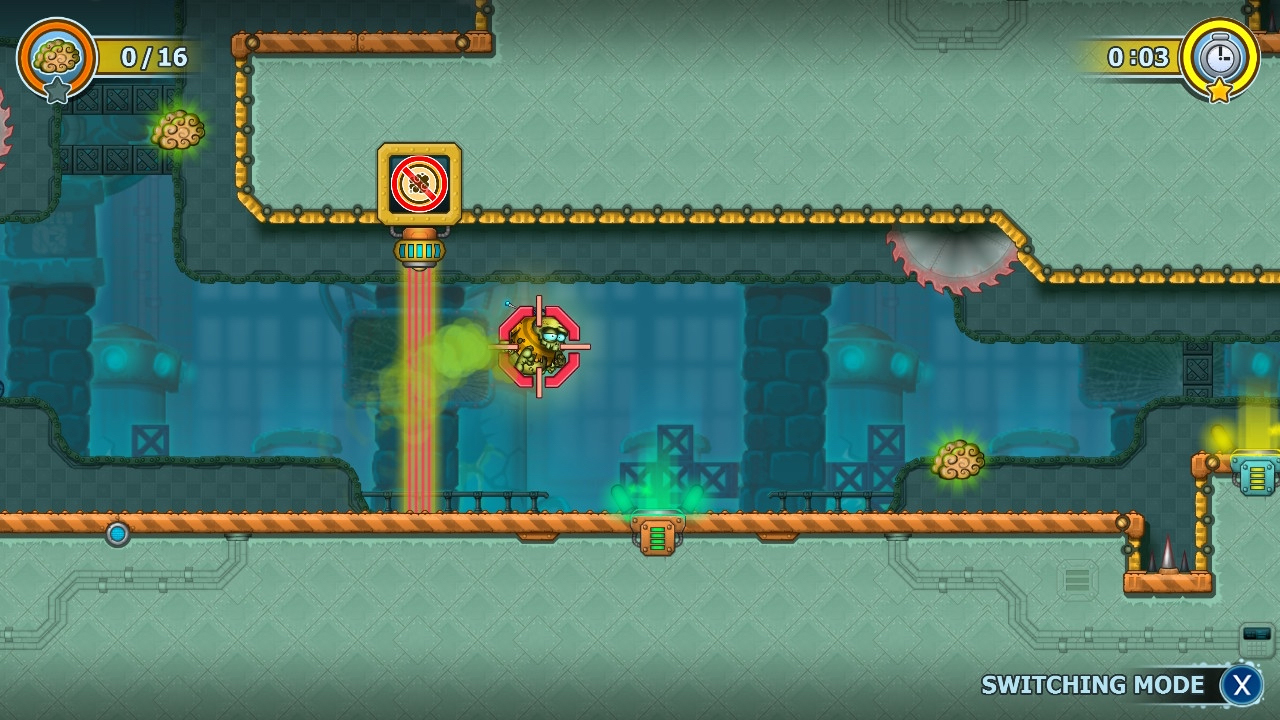 When starting the level you are given the layout of the level as a blueprint allowing you to look and plan your actions. From there you can sort out the best strategy to use your deadlings. You have the option of one that will move straight forward, giving you control over jumping, one that crawls and will jump to the surface across from it sticking to the ground, one that stops when you press the button, and one that passes gas allowing you to float through the level. Select the direction you want them to go at the start and they will move through the level on there own, you just control that one action.

In theory, the game looks fun and there are some good puzzle elements as stripping away controls makes you think more to get through the levels. The biggest issue with the game is when you press the button you get the whole action, it’s not based on how hard you press the button. When using the jumping character it means your jump arcs are identical every time, making getting the hang of the jump difficult. When using the guy who crawls in the floor it makes the jump to the other side, but I found making tights jumps hard, and the one that floats is either floating or balling making fine-tuning him in the air hard. I would have loved to see these actions vary based on the pressure put on the button and would have made the game feel more modern.

You also get a set amount of the deadlings at the start of each level. You may only have one or two of the deadlings and a limited amount of them, so if too many die you many need to restart the level. Once again making the pre-planning important, however, it can get frustrating to have some of them die and there be no way to complete the levels, forcing you to restart. 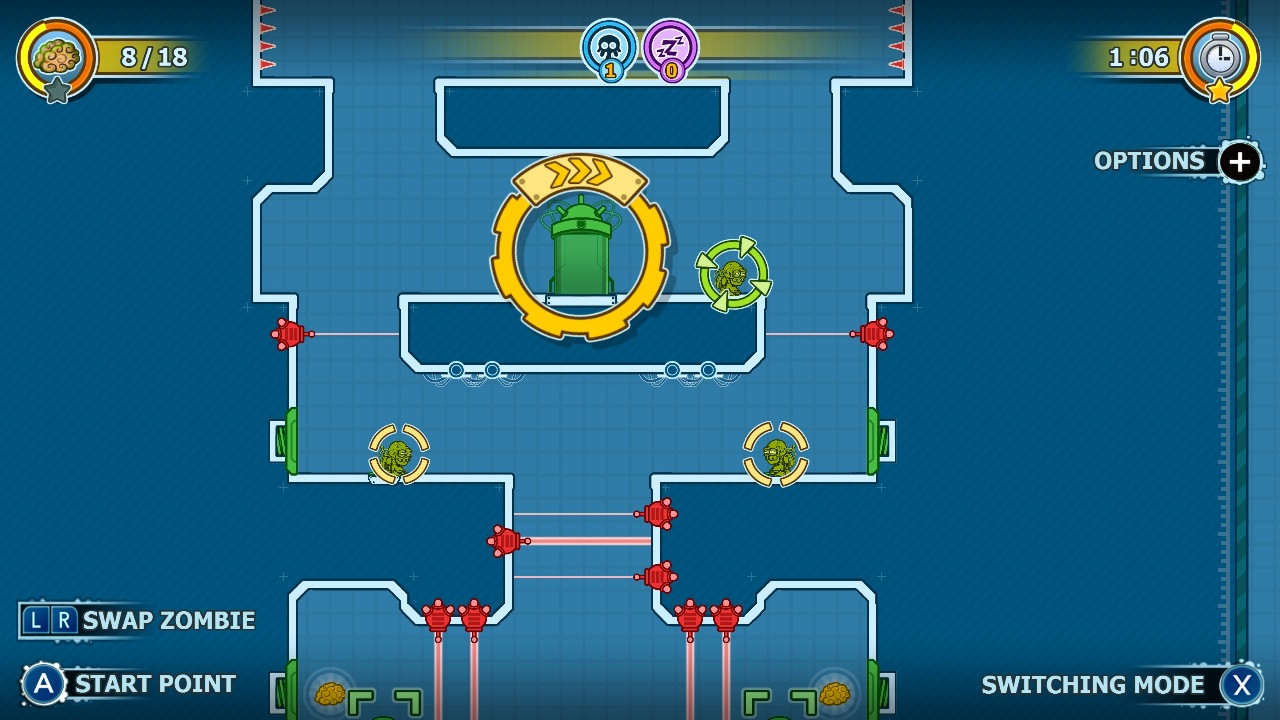 Something I did find odd with the game it’s best played in handheld mode. For whatever reason, I started it up on my tv and the game wouldn’t work with my pro controller, my preferred method of input. So I used the joycons instead-but struggled with it… There was almost a lag it felt like. I took a break and came back to it… On handheld. It felt much better there.

Graphically the game looks great, although it’s origins as a mobile game show. The deadlings actually have a cute design for undead monsters, my kids actually wanted to play it. The levels and death traps all looked like many deadlings died in the making of the levels… Which is to say well used. The game has 60+ levels to make it through adding more complex level configurations as you proceed through them. It’s not a ton for content and most people will be though in a few hours probably. Honestly, I don’t see the reason to jump back in getting all three stars, but some people may squeak a little more time out of it that way. 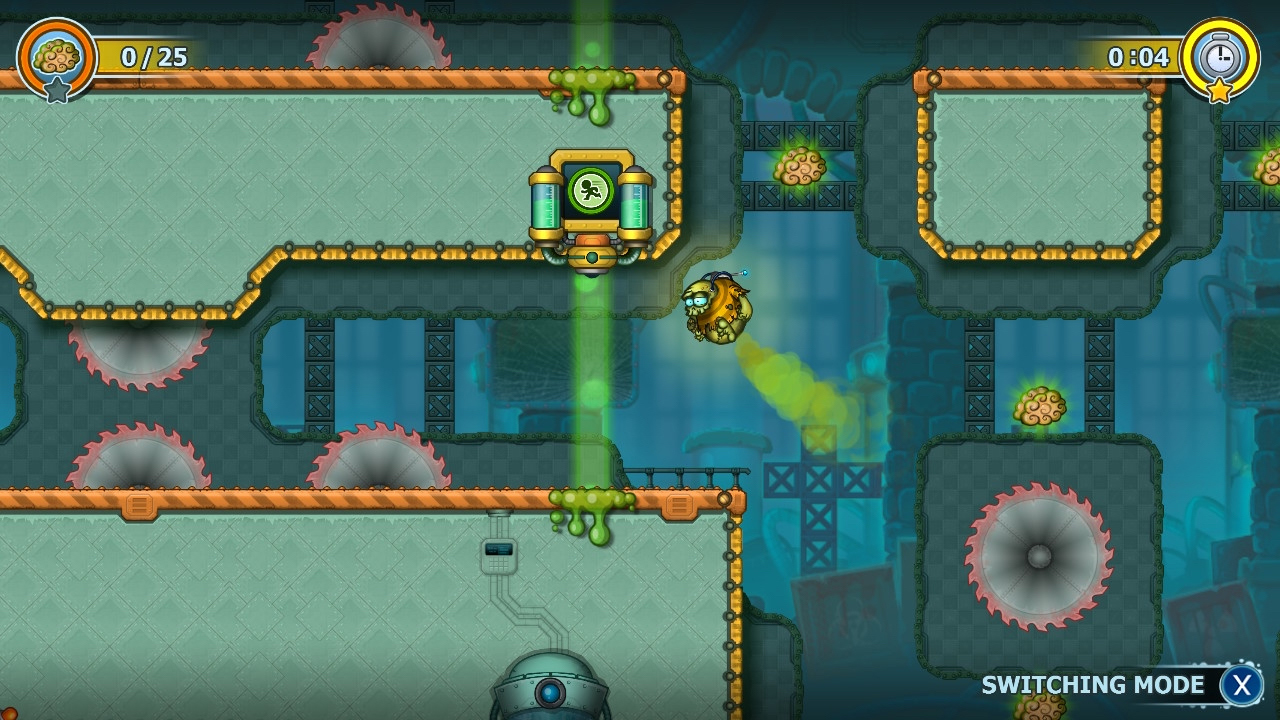 Deadlings is a tough recommendation. I don’t think enough was done to take it from the mobile platform to a console. The one-touch controls are interesting but lack the accuracy we are used to in this era of console games. I like the look of the game and couldn’t help to think a slight redesign of it for consoles, instead of a direct mobile port would have been a better move.

Disclaimer
This Deadlings review is based on a Switch copy provided by ALL IN! GAMES.