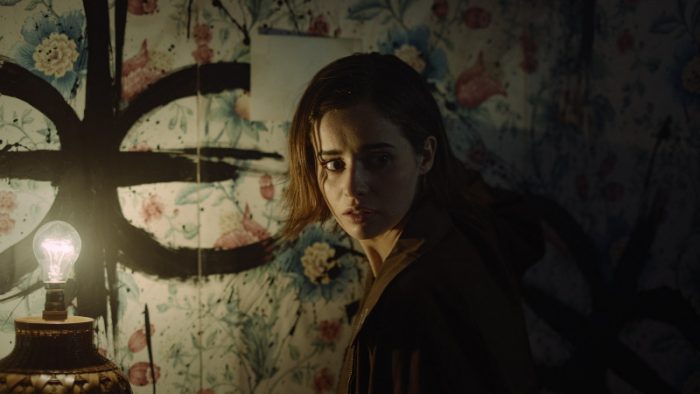 Erica recently got a surprise release on PlayStation 4, so I got in touch with Flavourworks to talk a bit about the game. Come check it out!

My goal was always to be a game designer, but ten years ago, the industry was not in a position to offer a decent level of higher education. Instead, I studied film production and used my skills in sound design to move into the games industry. Eventually, after working at studios such as EA, Rebellion, and Mind Candy, I was offered the opportunity to be a “protege” type designer to Peter Molyneux at his new startup 22cans.

After a few years of being under Peter’s wing, I was longing to have directorial control over my work and decided it was time to start my own studio. We started Flavourworks a few years ago with the ambition of bringing something to the industry that other studios could not. If we were to make another shooter or RPG, then we’d be going up against the real industry titans who were already doing a great job at these things.

I felt that interactive narrative was an area with much to prove out, and in terms of engaging both existing and non-gamers, I felt that Live Action aesthetic could help to bridge the gap. However I didn’t want to compromise on the fidelity of interaction, and so we developed some technology from the ground up called “Touch Video,” which allowed us to create tactile gameplay within a fully filmed world. 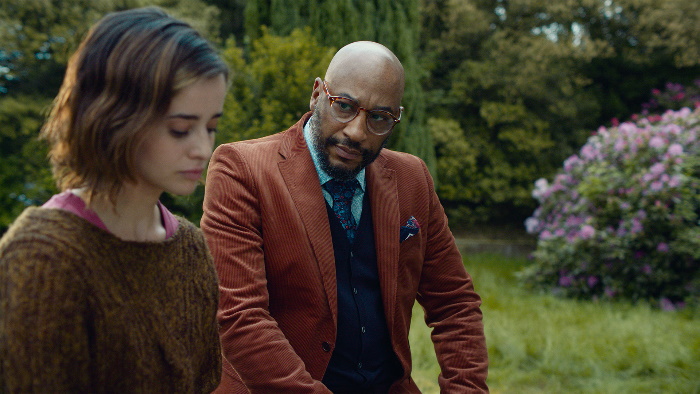 PS4B: The full-motion video (FMV) game genre has had a resurgence on PlayStation 4, and now here we are after the surprise launch of Erica on Sony’s console. How would you describe the game to someone who’s never heard about it?

Describing ERICA as another FMV game has always felt like we would be underselling it. The general model of FMV today is the same as it was decades ago, with players clicking some flat buttons on top of a video. We wanted to really make the player feel like they were touching the world, and that the story was seamlessly flowing and unfolding in response to their presence in this world. I think we’ve achieved that and created the most interactive use of video in any video game. At the same time, we have so many more places we want to take it. 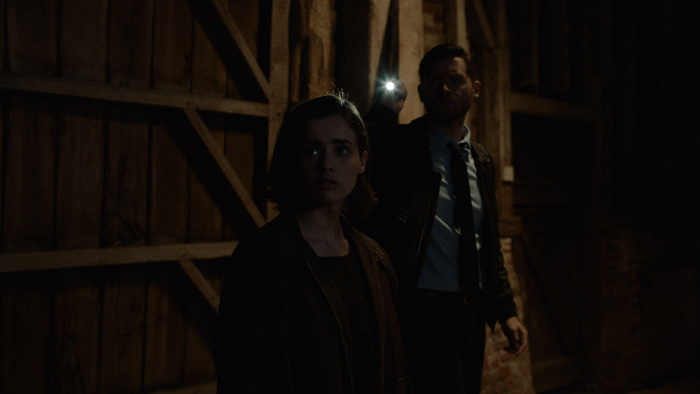 PS4B: How long did it take to develop the game? Were there any particular hurdles or challenges you had to overcome during development?

This was a real education in starting a games studio for us. We spent a year jobless and broke trying to start up Flavourworks. We eventually found funding from Ian Livingstone and Peter Molyneux, who loved a small prototype we put together to prove out the concept. A year later Sony asked to see us, and after a flight out to meet Playstation President Shuhei Yoshida, they green-lit the project.

Up until that point we had been working on phones and tablets, and so now we’re rebuilding the technology for the PlayStation platform and pioneering a different input method than direct to touchscreen. We then had to find a studio, find employees, get equipment, accounts, legal, all of the non-sexy stuff just to get to the point where we could finally start development. We had to throw away everything we knew about game design because the rules change as soon as you’re working with video and leaving a CGI environment behind. We had to work out how to integrate design and story development as a single department.

The technology “Touch Video” had no other games to learn from, for we were doing this for the first time anywhere, so the tech team really pulled a miracle there. Then we had to rethink how general game development works, in that we had to design a workflow to flow effortlessly between game development and filmmaking. That meant changing how even a film set operates. Everything was about taking risks and, in the end, we were happy with what we pulled off.

Keep in mind the average team size for ERICA was just six employees, working with unproven design, technology, and workflows, and creating a feature-length story with an insanely ambitious amount of branching story paths. The reception from players has been truly heartwarming, and it’s helped the last few years feel worth it. 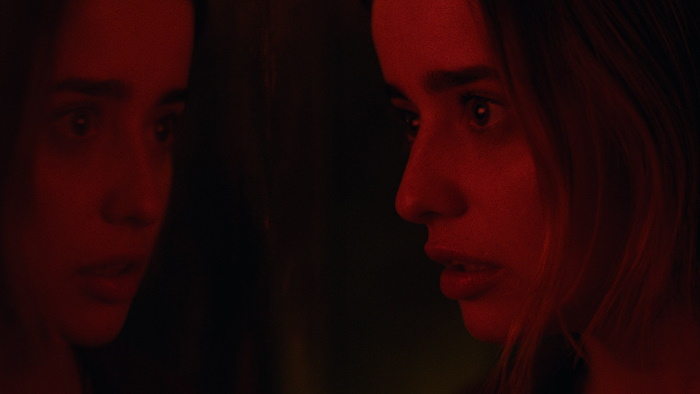 PS4B: Could you please elaborate a bit on what makes Erica different from other FMV games thanks to the TouchVideo technology?

We’ve touched on this a bit, but the important thing for me was to say “if we were using traditional game graphics rather than film, would we design the experience the same way?” When we move a character around an environment in a 3D game, is the story really unfolding? Is it harder to walk around a table and open a door than it is in real life? If I hadn’t grown up playing games for 30 years, would I be able to understand why one door I can open, but the other is painted on? These were design issues I wanted to tackle, and it just so happened that this would be compatible with live-action.

The reason for film, on top of accessibility, was that the story required powerful, nuanced performances that we could never achieve with animation the way we could be filming talented actors. When it came to things like UI, I wanted to make sure it didn’t sit flat on top of the world and instead feel more integrated. We did some clever modeling of the filmed world that meant we could also do nice things like pull the camera focus to wherever the player was looking. The magic of being able to touch the world itself is being able to wipe condensation off of a window and peer through to the other side, or even wipe a tear from someone’s cheek. Those helped us focus on the more intimate and expressive actions of a character rather than the bombastic external conflicts of running, jumping, and shooting.

The “Touch Video” technology, therefore, gave us tons of nice interactive mechanics to help tell a story, but also to be able to tell infinite stories. We will be using our engine for many stories to come. Our answer to help the game feel tactile on PlayStation was to give player’s the option of using their phone as a controller, but they can also use the DualShock 4. 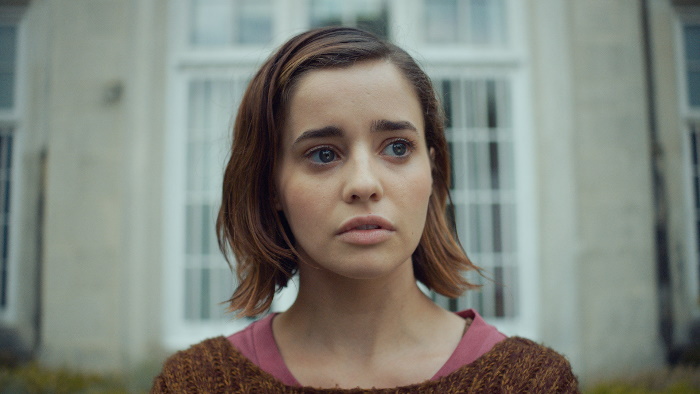 PS4B: How long would it take someone to play Erica from start to finish? Are there any elements that would make someone go back and replay the game to have a different experience during a second run?

We wanted ERICA to respect people’s time, so we aimed for around 90 to 120 minutes for a playthrough. This felt familiar to anyone comfortable with film running times. It also was crucial for us as a small team because as opposed to traditional story games that can account a third of their playthrough to freely walking around, every single frame of ERICA becomes bespoke content. This means there is no filler. In fact, there’s an awful lot of stuff we cut out.

Then the branching story itself almost accounted for filming three and a half films on top with all the complexities of this interactive medium. Players have been letting us know that they’ve played up to 8 times to see everything and gain the platinum trophy. We built the premise of branching story on the idea that perspective can change everything. Rather than allowing players to control the avenues of the story for the plain sake of agency, we thought that it would be amazing if one avenue could color your perspective of events, leading to interesting conversations between players. 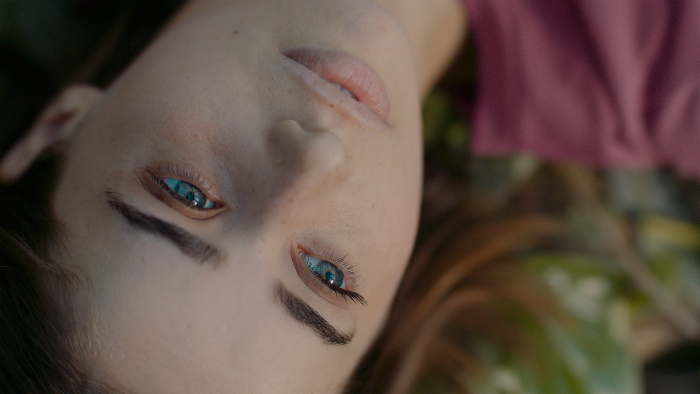 Just that at Flavourworks we’ve had such a wonderful reaction from players so far, and are so excited to share the game with more players. It’s been a true labor of love. I myself, like others, have never been particularly interested in the use of film within a video game, but for us, the opportunity was to do it better than it has ever been done. I think it can stand up there with other traditional narrative games.

You may need to pick and choose the bits that suit you hahaha! 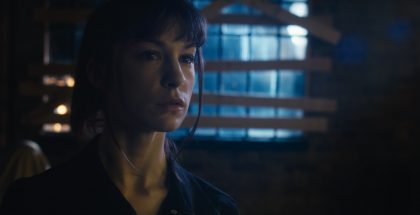