Wordsweeper is the latest entry in the ever-growing series of POWGI titles, this time bringing a mix of crosswords and Minesweeper together. Learn more in our Wordsweeper by POWGI review!

This is a double review for Wordsweeper by POWGI Review. Ceidz and ThaRaven403 played the game, and this review presents what they both had to say.


The game is a logic-based crossword puzzle, which draws inspiration from Minesweeper. The clue letters indicate which letters should be placed in the adjacent squares. You’ll need to use a combination of pure logic and English vocabulary to solve the puzzles.

Upon starting one of the puzzles, you’ll be presented with a 7×7 grid containing black and white squares. The white ones are placed the same way as a crossword puzzle, with words interconnecting each other at some point. You won’t always have the same number of words in them, but you can expect an average of 10 words, sometimes more and sometimes a bit less. 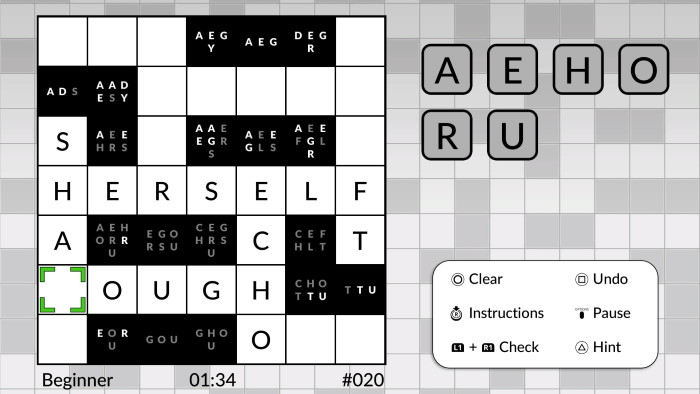 To make all this work together, you’ll have to look at all the black squares surrounding the white ones to make sure you pinpoint the correct letter that goes in them. The 120 puzzles are split into four difficulty settings, which will affect how easily you’ll be able to find the correct letters without having to guess. In the beginner and easy difficulties, things will go pretty smoothly, with the overall gameplay cycle being very easy to understand. On the other hand, while playing on medium and hard, you will need to pay more attention to find the right combination of letters.

Being a long time fan of Minesweeper, I had no problem picking this one up and enjoying it. At any time in the game, you can press the Triangle button to receive a hint, and the game will highlight a square so that you can find the letter that goes in it without having to guess. There’s also an error checking feature that you can trigger at any time to see if you’ve misplaced some letters. If you’re not abusing those two features, the game can be a lot of fun. 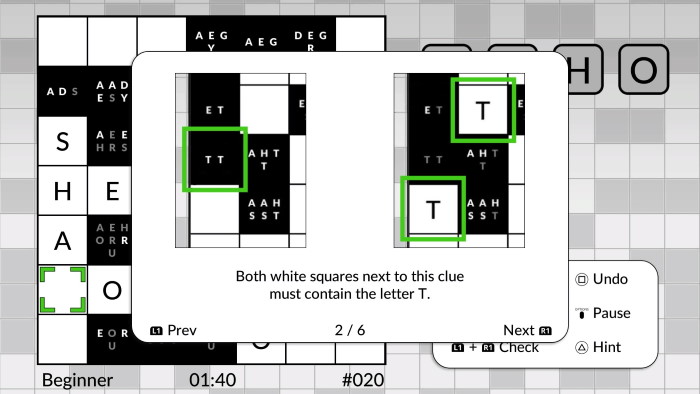 As for the trophies, as is the case will all the other POWGI titles, it’s a pretty easy one to get the Platinum for, and it also doubles down on the trophies if you’re a PlayStation Vita owner since the title is a cross-buy release. The majority of the trophies will unlock yous from playing all 120 puzzles, and you can easily go back to unlock the miscellaneous ones you might have missed.

In Wordsweeper by POWGI, the action starts right away since because there isn’t any menu per se, so as soon as the game boots up, the puzzle selection screen is shown to players while the jazzy background music plays – which was pleasant to hear.

As ThaRaven403 mentioned, there are 120 puzzles to solve, ranging from those that are very easy and feel like a tutorial, to those that will require you to really scratch your head. As for the actual gameplay, you have to find the hidden words in the different puzzles using the available letters. And as happened to TheRaven403, Wordsweeper instantly reminded me of Minesweeper – A LOT -, taking me back to when I used to play the game in high school on my Windows PC. 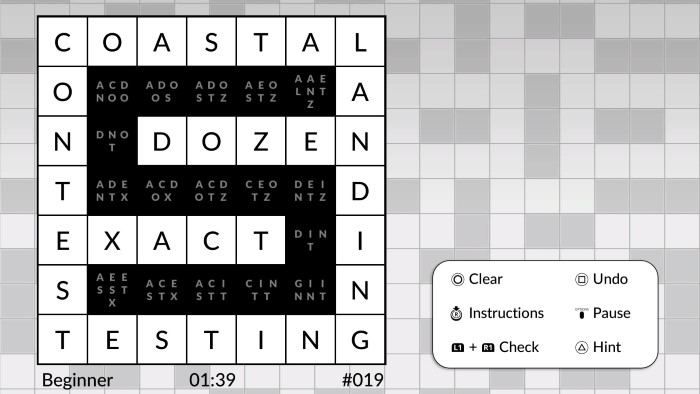 The puzzles themselves, while not that hard to figure out once you get the hang of it, will require you to use those brain cells of yours. While this game is an overall relaxing experience, your brain will still be busy trying to figure out all of the hidden words. Luckily all of the puzzles can be solved with a little bit of extra patience since most words are relatively short.


As for the game’s presentation, this one is pretty much a case of “what you see is what you get,” but I’d like to quickly mention the background music which was really loud, so I had to drop my TV’s sound to the minimum in order to play at a normal sound level.

The previous POWGI game that I played was Word Wheel by POWGI, and I must say that I preferred playing with this one a whole lot more because of the Minesweeper gameplay twist. 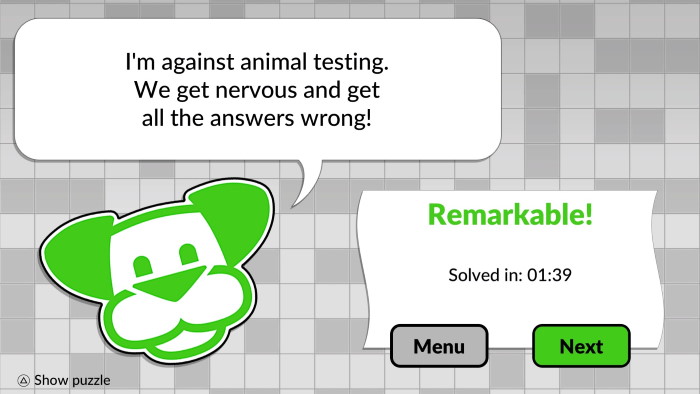 Final Thoughts
Wordsweeper by POWGI is yet another good words-based game to play on your PlayStation 4 and PlayStation Vita. It provides a creative way of doing crosswords and grants you two Platinum trophies when you’re done!

Disclaimer
This Wordsweeper by POWGI review is based on PlayStation 4 copies provided by Lightwood Games.