Mochi Mochi Boy is a new puzzle game on PS4 and PS Vita from Ratalaika Games and Pixelteriyaki with a pair of Platinum trophies for you. Learn more in our Mochi Mochi Boy review!


Mochi Mochi Boy has to rescue his friends from the Devil! In order to do this, you must be clever enough to outwit the Devil by stretching, twisting, and warping over each tile past 130+ floors of his tower. Be careful though, once you move over a tile, you can’t go where you’ve already been! Twist carefully for hidden dangers like spikes, bombs, spring traps, and monsters in the devilish dungeon mode.

Customize Mochi Mochi Boy’s appearance in the paint area and admire all of his gooey friends in the gallery.

* Collect over 100 slime friends and view them in the gallery

This is a double review for Mochi Mochi Boy. EdEN and Ceidz played the game, and this review presents what they both had to say. 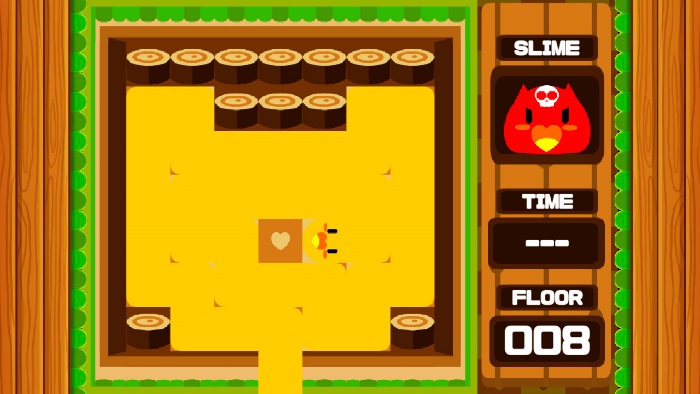 Mochi Mochi Boy and all his friends were out having a good time when they ended up entering the Devil’s domain. Because of this, the Devil decided to kidnap Mochi Mochi Boy’s friends as punishment, locking them away in different treasure chests in his keep. Mochi Mochi Boy, being the large entity that he is, was deemed too much of a burden to carry back, so he was left behind. It is now up to him to go straight into the Devil’s castle to rescue his friends before it is too late, in this colorful and fun puzzle game!

The game’s controls are very easy to understand since all you need to do is move Mochi Mochi Boy with the left analog stick or the D-Pad. That’s it! No buttons to worry about for this one as you move Mochi Mochi Boy around each of the over 100 puzzles. To complete a stage, you will need to use your character’s body to cover the entire stage without leaving a single tile uncovered. You need to keep in mind that you can’t move through solid objects, and that there are warps of different colors that will send you from one to the one that matches its color. 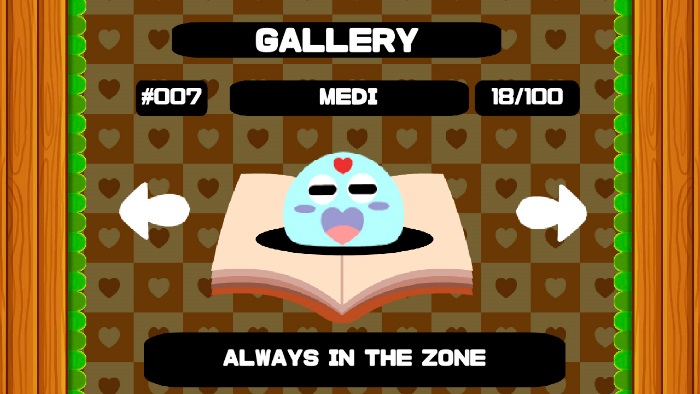 The first stage in the game will show you everything you need to learn since it will have Mochi Mochi Boy start at the top of the screen, with a single linear path straight down the middle of the screen for you to follow. You can’t go anywhere else since the path is flanked by things you can’t go through, so you’ll be completing this “tutorial” stage in a few seconds at most. Just tap, tap, tap away to move Mochi Mochi Boy from start to finish, and you will be on your way to saving your friends.


If there are no objects in your way around any of the sides of a stage, then Mochi Mochi Boy can go over from one side of the stage to the other! You won’t be using this much during the first set of stages, but you will be making good use of it in the later levels. These will require you to not only wrap around one side of the screen to the other, but also to do this while making sure to enter the right pair of colored warps to cover the stage completely. The one tip I can give you is that no matter how many different pairs of colored warps, you need to pay attention to where each leads since some stages can be completed without having to use all warps. 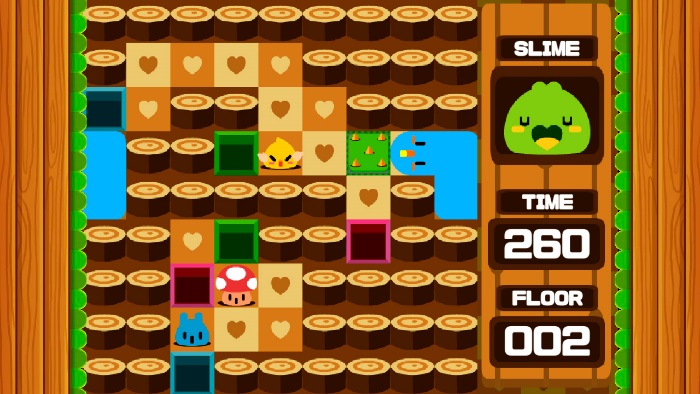 As you play Mochi Mochi Boy, which I got to play on the PlayStation Vita for this review, you will start to find your lost friends, which EdEN mentioned in his introduction for this double review, in the chests located at different parts of some of the stages. You will need to collect these chests to free your troubled friends, so before you start moving, as soon as you enter a stage that has a treasure chest with one of the poor trapped slimes, you should plan your route so that you don’t end up making too many mistakes!


Something I noticed right away is that you can’t just keep a direction pressed on the left analog stick or the D-Pad to keep Mochi Mochi Boy moving in the same direction, which felt weird at first. I then realized this makes a lot of sense for this puzzle game, since moving your character one tile at a time makes it possible to avoid making the mistake of moving in a direction you didn’t intend to move, as in later stages one false move will force you to restart the level since you won’t be able to cover the entire area. 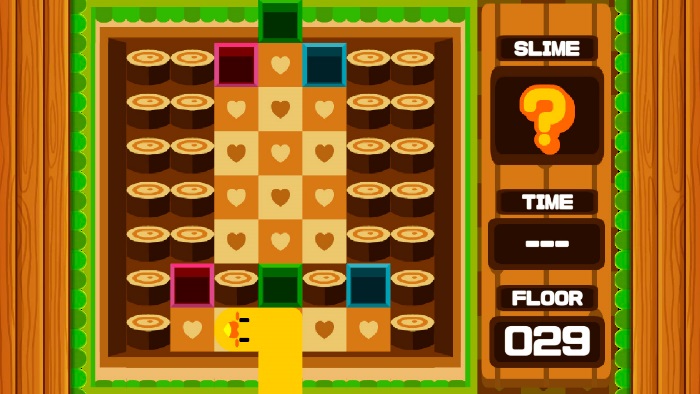 Along with the main Tower mode where you go out on a quest to rescue your slime friends who have been captured by the mean Devil, there is also the Dungeon mode in which you’ll get to play randomly generated stages! For this one, you need to complete a set of ten puzzles as fast as possible because enemies, which are safe to touch at the start of a level, will get angry and turn red if you take too much time to complete a level, and it is then that they become dangerous! There are also spikes that can give you an instant game over if you touch them, as well as bombs that will explode if you make a mistake and bump into a wall. If you make mistakes and must restart a level, you will lose some seconds from the overall timer, but if you complete a stage, you will be rewarded with extra time.


Another Ratalaika Games release means that trophy hunters will get the chance to add two Platinum trophies to their collection. This time around the list includes nothing but Gold trophies that will unlock as you progress through the game rescuing your slimes friends and reaching levels six, twelve, eighteen, twenty-four and thirty in Tower mode, as well as reaching levels two and three in Dungeon mode. This should take you around 20-30 minutes, depending on your skill with puzzle games. 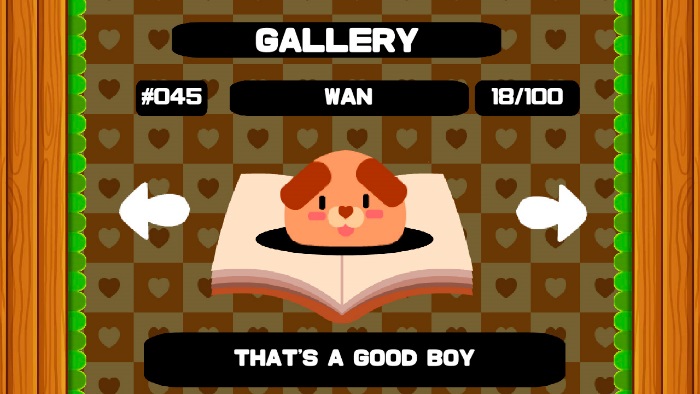 Final Thoughts
Mochi Mochi Boy is a fun minimalist puzzle game that will keep you busy for a while, with its 138 puzzle levels to complete, more than 100 slime friends to rescue, and the added challenge of the ten-level Dungeon mode where the challenge will be randomized every run you do. $4.99 will get you both the PlayStation 4 and the PS Vita version of the game for this cross-buy release, with two separate trophy lists and a Platinum trophy at the end of each road. 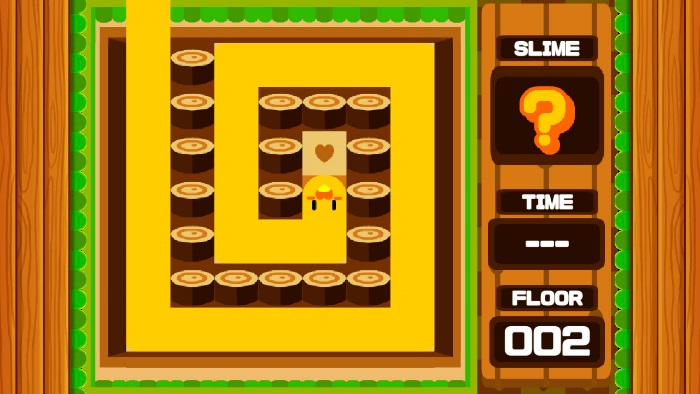 Disclaimer
This Mochi Mochi Boy review is based on PlayStation 4 and PlayStation Vita copies provided by Ratalaika Games.