Labyrinth Life is a new roguelike dungeon crawler from D3 Publisher. This one is a tad different to what you’re used to due to the over-sexualization of the characters. Learn more in our Labyrinth Life review – if you’re old enough!

Disclaimer: Labyrinth Life is a game that has some partial nudity and is rated M for Mature.


D3 Publisher is at it again with another roguelike dungeon RPG – equipped with a new “chest-expanding” Oppai mechanic! Matrix Software will handle development while character design will be handled by Wadatsumi.

In Labyrinth Life, we are in the Belles Fleurs Academy, in which no outsider had ever been before. As the game starts, we are following a transfer student named Hinata Akatsuki on her way to the academy grounds. As soon as she gets there, space distorts, and she finds herself in a strange and dangerous place with monsters!


Being a dungeon crawler, Labyrinth Life has its share of dungeons, but with the added twist of being a roguelike, meaning that if you die in the dungeon, you’re back at the beginning. The gameplay isn’t particularly hard to understand, but the first hour has a ton of tutorials telling us basic stuff like how to move your character and so on. In order to get past each dungeon, you must discover the stairs leading to the next floor until every floor is cleared. Some dungeons feature bosses at the end, so make sure you don’t end there all hungry and without enough HP. Characters have a hunger meter at the top of the screen telling us how far they can proceed without eating something. Depleting this meter will make the character lose HP with every subsequent action. 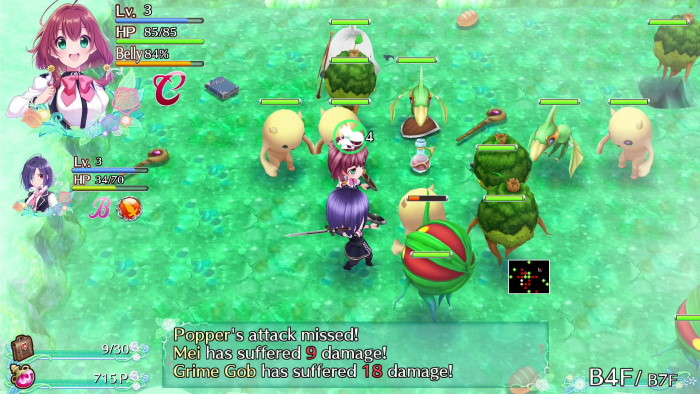 As you progress in the dungeons, walking from area to area and attacking every monster you encounter, you’ll earn Omega Power (experience points), which will eventually lead to the level-up mechanic, which is in fact, tied to increasing the breast size of characters. You read that right: the female cast’s strength is linked to their cup size. The PlayStation 4 has had some of its content changed due to the new guidelines for Sony’s home console, while the full version with all original content can be played on the Nintendo Switch. On the PS4 version, the level up mechanic is automatic, whereas, on the Nintendo Switch version, you get to rub away to apply the level up yourself.


Once you’re out of a dungeon, you’ll be on the campus which is rendered in very basic 3D with Mii-like chibi characters. Once you’re there, be ready to see the story advance at a slow and steady pace as there is a LOT of text to read! There is not as much as in the “Trails of” franchise, but still, a whole lot of that doesn’t necessarily make the story progress in a meaningful way with every new beat. On the campus, there’s also a gardening sim that opens up later, in which you can plant seeds and water them. 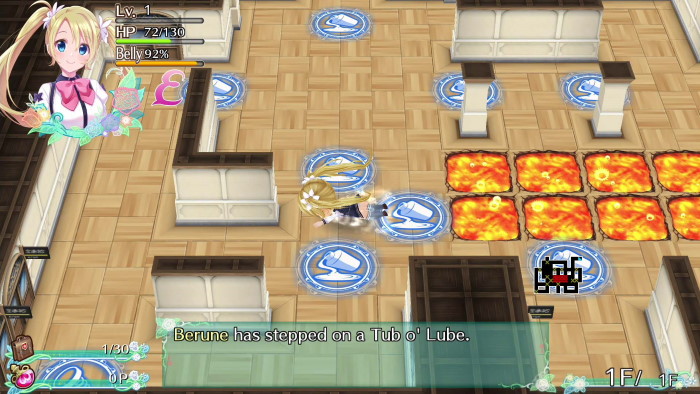 As for the presentation, we’re looking at a very Japanese release, with an ecchi only girls cast. There’s also the option of playing with English or Japanese text, and all segments are fully voice acted. During cutscenes, characters are displayed as 2D images over static backgrounds. One thing to mention which, again, might not be to the taste of every gamer, is that every time a character talks, she has “jiggle physics” applied to her body.

On the campus, pressing the R1 button allows you to zoom out and see the map so you can find where the next person to talk to is located. In fact, I have to mention that, for me, the game’s camera seems a bit too zoomed in as it follows the characters we’re playing as. In dungeons, this means that we don’t really see far in front of us, and in the campus, it means that we don’t know where the next characters to interact with are located. Pressing the R1 button gives you an overhead view, but that’s an extra thing you have to do to see where you should go. In dungeons, add to the zoomed-in view the fact that the HUD takes some extra space on the screen, and you have an even smaller area to look over. 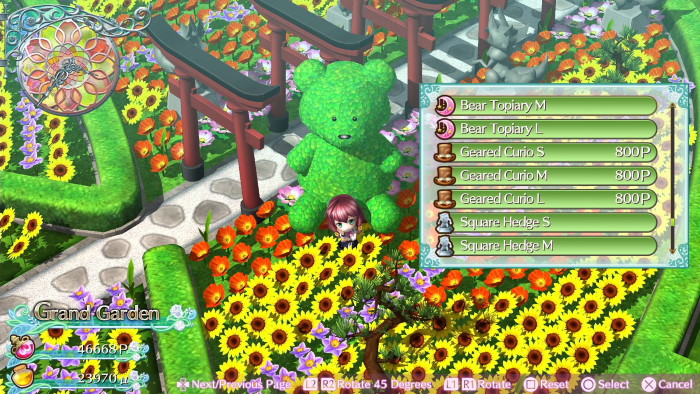 Final Thoughts
Labyrinth Life is a game that is hard to rate because your experience will depend on your tolerance of the over-sexualization. My limit is relatively high (I have Platinumed – and loved to play – Criminal Girls 2: Party Favors), but this surely won’t be to the taste of every gamer. Apart from that, the game itself was a fun and good looking release, with gameplay that is easy to pick up, and a ton of text to read. 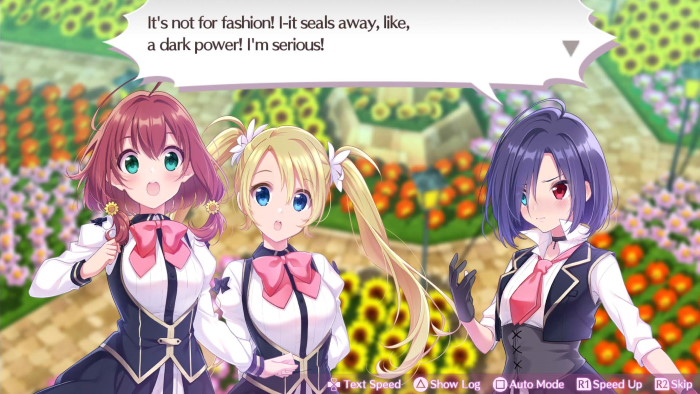 Disclaimer
This Labyrinth Life review is based on a PlayStation 4 copy provided by D3 Publisher.