In Catherine you play as Vincent as you take him through his journey in life. He’s been with his girlfriend Katherine for five years now, but instead of taking the next step in their relationship, he decides it would be a good idea to cheat on her with Catherine. At least that way he’s not going to screw up their names, right? During the day, you’ll interact with characters and take on the visual novel side of this adventure, but at night you’ll be sent into the nightmare levels with the 3D puzzles to solve.

The game is part visual novel, part puzzle platformer, wrapped in a package full of nightmare material. You’ll get to play this on four different difficulty settings, with Easy being the default one in which you’ll take on puzzles of a more relaxed variety. Next up is normal in which the challenge is dialed up a bit. The last proper difficulty setting is hard, in which the levels are going to pack a punch and will destroy you if you don’t get good. The last option is Safety, and what this one does is make it possible for you to skip any puzzle in the game. 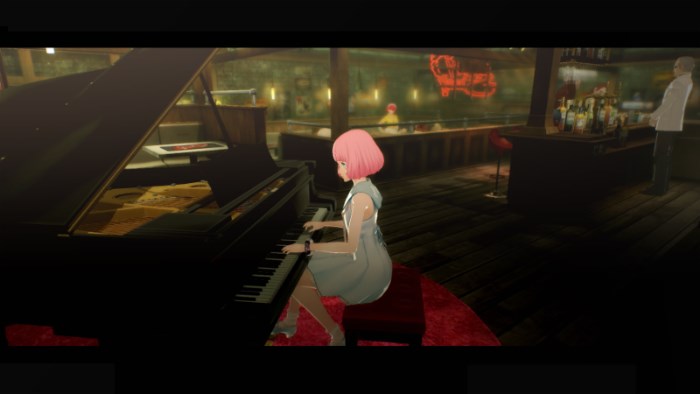 After the new initial story cutscene – more on this in a bit -, you’ll get to play through one of Vincent’s nightmare puzzle sequences. The basic gameplay mechanics for these sections have you move Vincent around with the left analog stick, as he climbs up a tower made of blocks. He can only go up to areas that are one block high, which is why he’ll end up having to grab and move the special blocks that can be mode in order to create new platforms for him to use. When grabbing a platform that is embedded inside of the tower, Vincent will end up hanging to its ledge instead of falling down, so that you can climb on top of it and carry on… as long as you don’t end up blocking yourself from moving up the tower!

To grab a block, you’ll need to be facing it to then press the X button to grab it and move it with the left analog stick or the D-Pad. On that note, I suggest that you play the puzzle platforming segments with the D-Pad since that will make it a lot easier for you to not make a mistake. If you do end up making a mistake, you can undo your last move by pressing the L1 button. You need to be fast since the bottom of the tower is collapsing as you move around, not to mention that every step you take within a specific window of opportunity will be added to your count as a combo. There are different types of blocks to consider, keeping each puzzle feeling fresh. There will be blocks you can push and pull, blocks that are static, blocks that are cracked and that will crumble below your feet, breaking as soon as you step away from them. 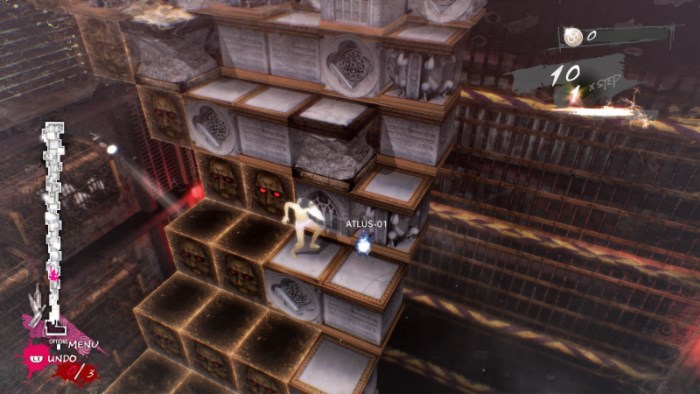 When you pull a block, Vincent will hang from the edge if pulling that block means that you won’t have a solid block to stand on. You can also walk away from a block if there is no block below it, and as you hang from the ledge you’ll be able to move around the block or move to the edges of other blocks, even being able to move behind the tower of blocks. Another thing to remember is that as long as a block is touching the edge of another block, it won’t fall down and disappear, and keeping this in mind is crucial if you want to finish each of the nightmare puzzles.


As you climb the tower, you should also collect the piles of coins you can find lying around to boost your overall score for the grade you will get at the end of each nightmare. Depending on how you do overall, how big of a combo you can get by taking step after step before the combo window closes, and how many coins you collect, you will be awarded either a bronze, silver or gold trophy for your troubles. As you can imagine, there are some trophies tied to doing great in the puzzle segments – more on that in a bit – so be sure to give it your best! 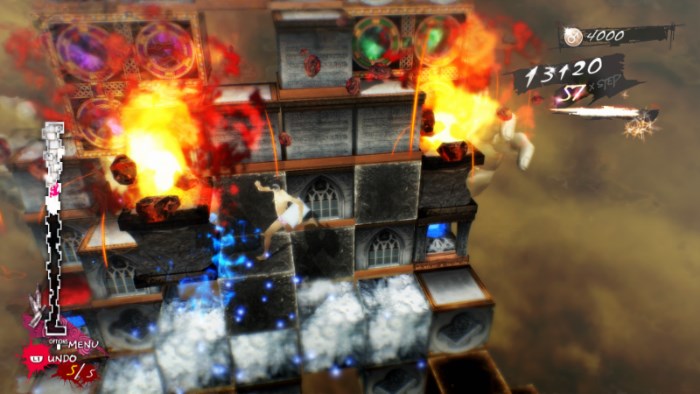 Along with the nightmare puzzle sequences, you’ll get a lot of story segments during which you’ll interact with other characters, as well as receive text messages – sometimes with an attachment – to which you’ll need to reply. To do this, you’ll select what to send as a reply, one line at a time. Depending on the words you select, your karma will go up or down, which will end up affecting the type of ending you can get. You’ll also get some phone calls, and can select either to pick up or let them ring.

What’s new in Catherine: Full Body? We’re getting a revamped version of the game that released back in 2011 with improved graphics, new music, new story paths thanks to the addition of a new character, more cutscenes and animated scenes, more than twice as many puzzles as the original PlayStation 3 version of Catherine. There’s also the option of taking on a Remix mode that will add blocks of different shapes and sizes that will change how you approach the puzzles since the new blocks will keep you on high alert. Oh, and the Colosseum is available right from the start, so you can battle against another player in the available puzzle stages right from the start, instead of having to first complete the game. There is also an online arena in which you can take on a ranked match, a casual match against random opponents, or a friend match so that you can play online against a friend. 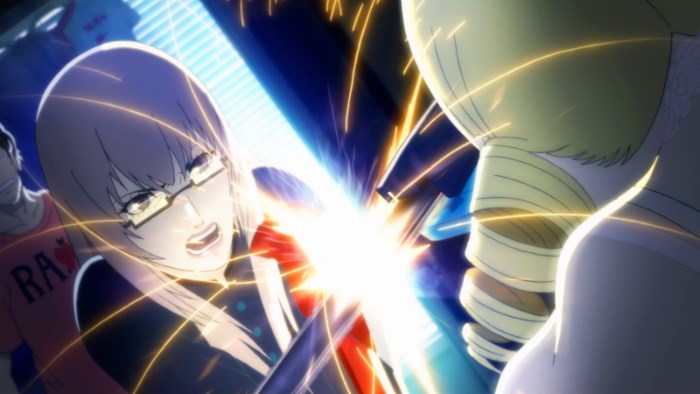 Catherine: Full Body is the definitive version of the cult classic visual novel/puzzle platformer that Atlus released over eight years ago. It’s bigger and better, and looks as if it was a PS4 game and not a PS3 game ported to PS4 thanks to the team using the Persona 5 engine. The game is available as a standard physical edition (with the Day 1 version including a metal case), or a standard digital edition for $59.99, as well as a special version called the Heart’s Desire Premium Edition, which includes a soundtrack CD, a hardcover art book, as well as a sheep plushy, all for $79.99. 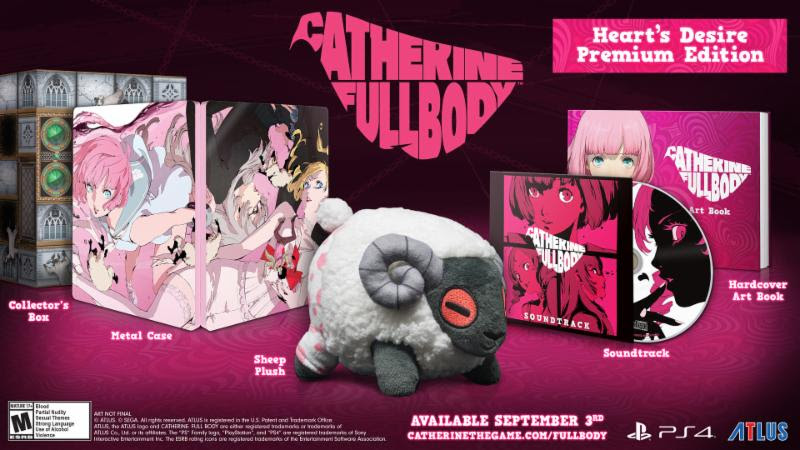 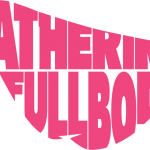 Solid expanded, reworked, and revised blast from the past

Disclaimer
This Catherine: Full Body review is based on a PlayStation 4 copy provided by Atlus.

Moving Out On Its Way To PS4 And Nintendo Switch