Black Desert from Pearl Abyss is a Massively Multiplayer Online Role-Playing Game (MMORPG) now available on PlayStation 4. Learn more about it in our Black Desert review!


After an open Beta on PlayStation 4, Black Desert is now available on PlayStation 4. Before diving into this MMORPG adventure, you’ll need to select your class from the available options. You have the Warrior, the most balanced of the bunch, with a longsword for attacking and a shield for protection, the Ranger, who attacks with her bow and arrow from a distance to keep danger away – unless she needs to break out a dagger to deal some melee damage -, the Sorceress, a dark magic adept with access to powerful but slow enchantments, the Berserker, a dual-wielding tank that can slice through even the strongest of enemies, the Wizard, an individual connected with the elements, and the Witch, another long-range class with a good arsenal of spells at her disposal. 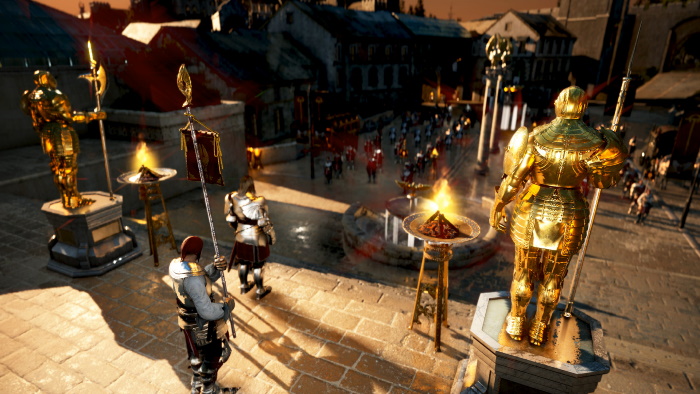 There is also the option of changing your character’s appearance and customizing how it will look once you dive into the game proper. You’ll be able to change pretty much everything about your character. Change the hairstyle and hair shape – length, width, symmetry -, the eyes, nose, mouth, and face – with the ability to customize different sectors of your character’s face -, the arms, legs, and more of its body – again, split into different sectors, add tattoos anywhere on a character’s body, and more. It’s a rather robust character editor, and you could spend a ton of time changing how your character looks until it feels just right.

Once you’ve created your character, you’ll be shown a short cutscene, and then your character will pop into the game world, which I have to say was a bit fun and weird since any other players joining you on this adventure on the same server will pop up on top of your character, so for a moment I was looking at a mash-up of dizzy witches, berserkers, and warriors of different shapes and sizes, all in one spot. After this, you will be given your first quest, which you will have to complete even if you don’t remember how you got to this spot in the first place.


When you fight an enemy, you will gain more knowledge on said opponent. The first time you gain some information on an enemy, you will be able to see its hit points as you battle. As you learn more and more about an enemy, fights against them will become easier, as you will deal more damage, which will make it easier to clear larger groups of the same enemy type, which will in turn reward you with more experience points in a shorter period of time, as long as you can manage mid-size to large groups of enemies – something that the Witch can handle in style thanks to her chain lighting skill. 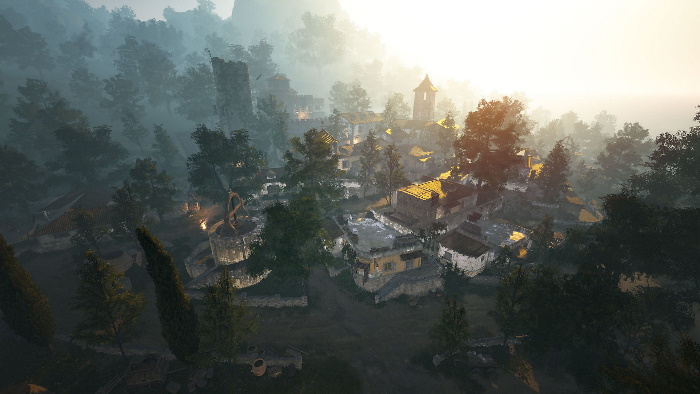 The game has a very addictive gameplay loop that will keep you busy at all times. There is always a quest for you to complete, even if a lot of them are going to be of the classic “kill X enemies” or “get Y items” that you are expected to find in a massively multiplayer online role-playing game. But the ease of how you can take on a multitude of quests at the same time, pressing L2 and down on the D-Pad at the same time to change between the active quest you’re taking on and being shown by the game where you need to go – and being able to make your character walk there on its own by pressing down on the L3 button -, well, it’s a great thing for an MMORPG in the 21st century.

As you complete quests you will be rewarded with items to heal your wounds or to recover your MP, weapons to boost your attack power or different pieces of equipment to protect your character, gaining stat boosts when you complete sets. Any old equipment that you will no longer need can be sold at the different merchants you will interact with, and those coins can be put to good use to purchase new items to boost your odds of survival – and even if you die there is an item to revive you right away. Some of these will also drop from enemies – and bosses -, so be sure to grab anything that you can carry.


There are many things for you to do in Black Desert on top of fighting and completing quests. Your character can become proficient in one of the different activities – professions if you will. There’s gathering, fishing, hunting, cooking, alchemy, processing, training, trade, farming, and sailing. These are not locked out for any of the different classes you can play as, so it’s really up to you to find the profession(s) you will like to dive into. These professions are going to become a great source of funds… if done right. Reaching the max level for any of the skills is going to require a big commitment, so be ready for a big grind! 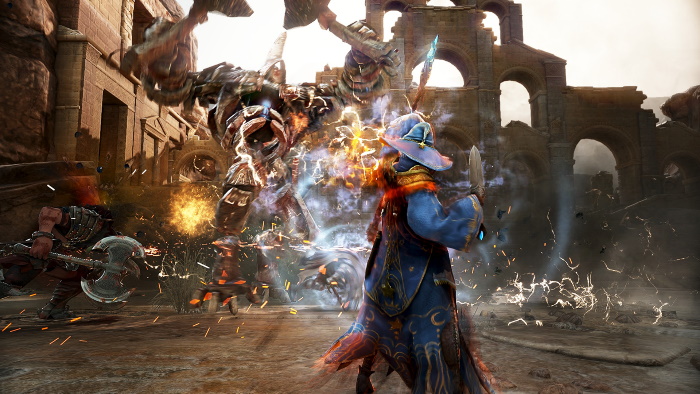 This being an MMO, you’re going to have to make good use of your time away from the game, even when the game is still being the game. This is what is known as “away from keyboard” – AFK for short. Take, for example, something like fishing or cooking. You can set your character to perform a variety of activities that will require a different amount of time to be completed, and you can maximize your character’s potential by doing activities while you’re effectively gone and not playing the game, per se.

Black Desert features an auction house of sorts in which you can post some of the items you have and try to sell them to players playing on the same server, who can either get the item at the asking price or make a counteroffer to see if the seller will bite. If you want to make an offer to purchase something in the market, then you’ll need to transfer some of your funds from your inventory to the market’s wallet, so that you can then make offers on any items that strike your fancy.


Along with the in-game currency you get, there are also things you can purchase with pearls. Pearls are a premium currency, and they’re going to cost you some real-world money. Right now your options are packs of 1,000, 2,000, 3,000, and 6,000 pearls, available for purchase at $9.99, $19.99, $29.99, and $59.99, respectively. As for the type of items you can buy at the pearls store, these include value packs, which for a set period of time increase your inventory slots, storage slots, boost the experience you get, increase your weight limit, and allow you to tinker around with things such as your character’s hair color and looks. There are also consumable items such as an elixir to revive you if you die, an item to boost the karma you get for an hour, furniture to decorate your house (once you purchase one that is), or cosmetic items for your character to change their look, to name some examples. 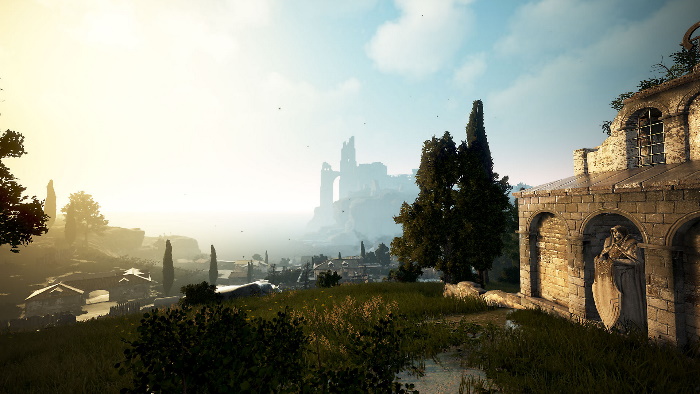 One issue that popped up at one point during my time with Black Desert is that, for some reason, during an hour or so, every time I went back to a safe space in a town, village, or farm, the NPC loaded in as nothing more than grey mannequins of sorts, with no clothes, textures, or lighting applied. Talking to an NPC would prompt the game to load in the textures at a slow pace, so I was left with NPC that were going through their animations, but with textures that don’t’ seem right. This went away on its own after I completed a handful of quests, but it was a weird look behind the curtain.

As someone who hadn’t played an MMORPG for years now, Black Desert felt like the perfect type of game to get back in the saddle. Not having raids, dungeons, or extensive lore will be seen as a bad thing by those of you that are used to doing that on, say, World of Warcraft, but for someone who doesn’t have time to dive into scheduled raids and interacting with guilds on a daily basis, Black Desert features a ton of stuff to do on your own while also having activities for groups of up to fifteen players, as well as guilds for up to 100 players each. Did I have fun while playing Black Desert? Definitely. Is it an MMORPG that is easy to get into? Certainly. Is it going to appeal to all fans of the MMORPG genre? That’s a no. 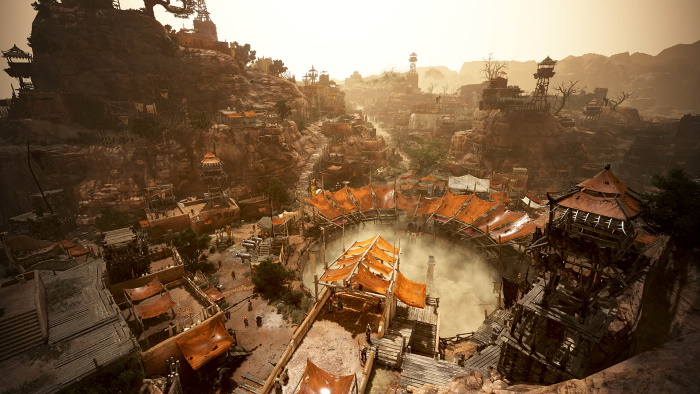 Disclaimer
This Black Desert review is based on a PlayStation 4 copy provided by Pearl Abyss.