This is a double review for Super Wiloo Demake. Ceidz and EdEN played the game, and this review presents what they both had to say.

Super Wiloo Demake is a 2D platformer in which you’re out on an adventure to rescue your dog from the evil Dr. ETvaldo. You’ll go over 50 levels, split into five different worlds, as you grab every coin in your way, defeating as many enemies as you can since a single hit is all it takes to defeat your character. Coins are everywhere, but they’re only there as a way to mark your progress on unlocking trophies for the game on PlayStation 4 or PlayStation Vita – more on the trophies in a bit. There are also three larger special coins to collect in each level, in case you want to 100% the game. 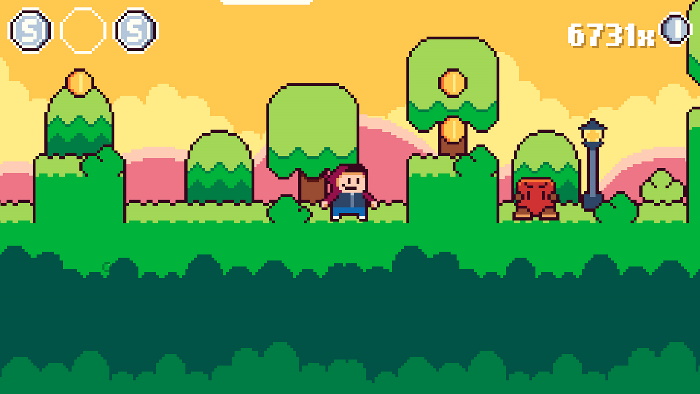 You’ll run into some suits that your character can wear. What these do is add an extra hit to your character, which is great since, as mentioned, one hit can kill him, as well as give it a special ability. For example, there is a bee suit, and what this will do is allow you to fly by pressing the X button repeatedly so that you can use that to reach a platform, avoid some enemies, or reach some extra coins. Another suit is for a white unicorn, and with this one, you’ll get to use its horn as a projectile to attack enemies from a safe distance. 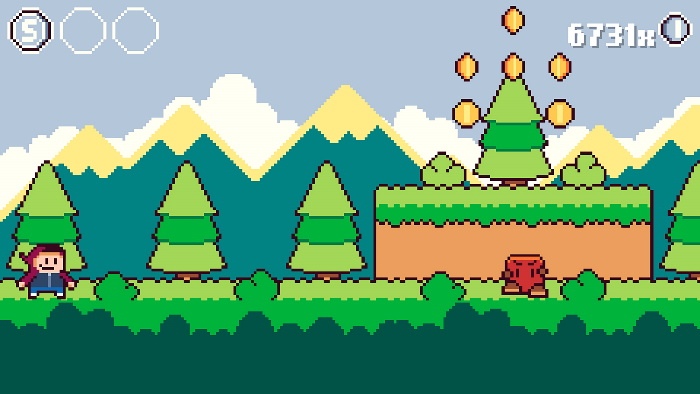 There are different themes for each of the game’s worlds, with the first one being a bit of a forest-y nature. The second world goes straight into an ice theme, with floors that will make your character slip as it runs over them, and this definitely changes how you have to approach the stages within said world since you won’t be able to stop running if you want to, and might end up sliding into an enemy. The third world is all about water, and its stages will have you swimming around… a lot. 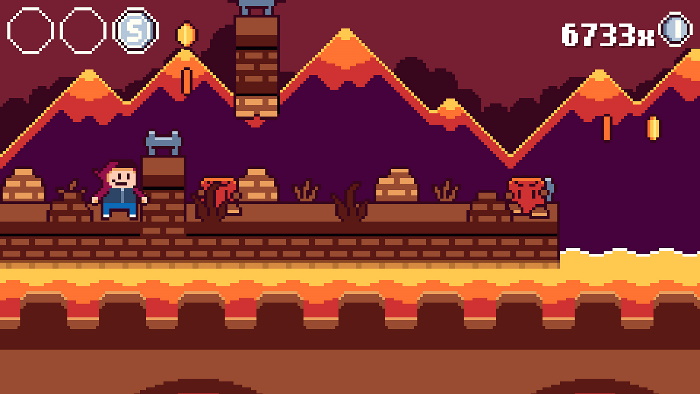 And now, let’s talk about the trophies. As is expected from a release from Ratalaika Games, Super Wiloo Demake includes a full trophy list with a Platinum trophy. The objectives include finishing the first stage, collecting 100, 500, 1,000, and 2,000 coins, playing the first bonus stage in the game, putting on each of the costumes in the game, collecting 3, 20, and 35 special coins, defeating 100, 250, and 350 enemies, and beating the first and second bosses in the game. Overall, it’s going to take you around 30-40 minutes to get the Platinum trophy, since you don’t need to go past the second boss of the game.

When I first saw the overworld for Super Wiloo Demake, I was reminded of Super Mario Bros. 3. Then I went inside a stage and started to see the enemies, which sorta look like goombas as they walk back and forth, as well as the different suits you can equip, and that definitely made it clear that the developer was inspired by the Nintendo classic from back in the day of the Nintendo Entertainment System (NES). Something else that will remind you of that game is that each world has a castle level of sorts! 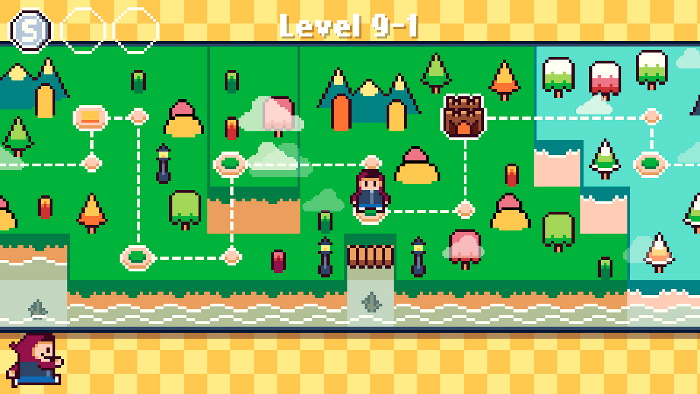 As you travel around each of the worlds in the game, you will end up running into special bonus stages. During these, you will play a mini-game in which you must flip cards to try and find matching pairs. You have a set number of attempts in total to find all matching pairs, and if you mess up, you will be thrown back into the overworld map. Every pair that you do make will reward you either with extra coins (which helps to bring you closer to the coin-related trophies) or give you some extra suits which are added to your inventory. These suits can be used while in the overworld so that you can go into a stage wearing a particular suit – again, in a way similar to Super Mario Bros. 3. 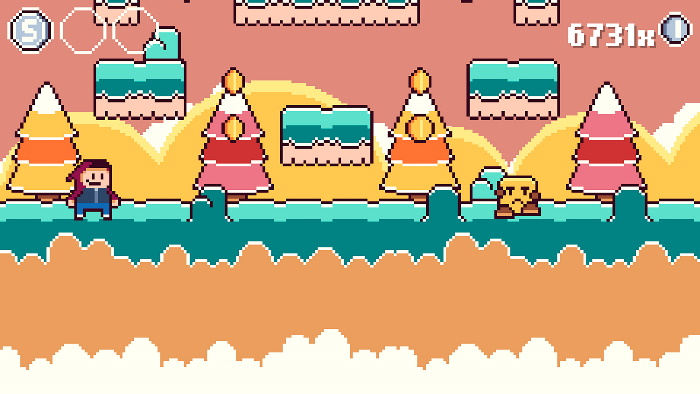 Each of the levels offers a checkpoint at the halfway point so that if you die, you can respawn there instead of at the start of the stage. Since levels are not that long, the game could easily have done without a checkpoint, but it’s good that the developer added the checkpoints since they will allow gamers of all skill levels to have a chance at completing the game. Speaking of things that make it easier for players of all skill levels to beat the game, if you’re playing Super Wiloo Demake on the Easy difficulty and end up dying many times in a stage, the game will automatically respawn your character with the bee outfit so that you can use that to fly over obstacles and enemies. 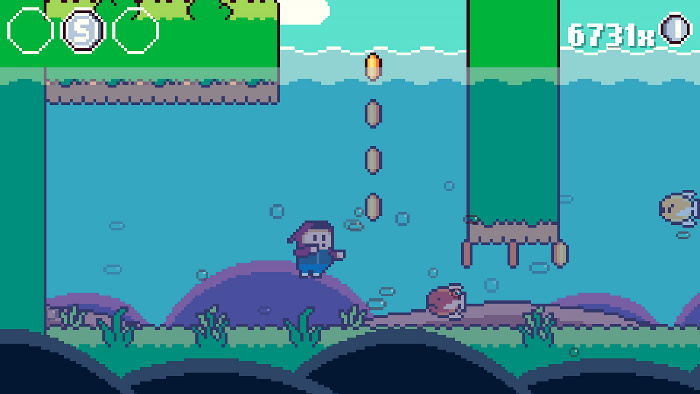 I played the game on the PlayStation Vita for this review, and there are some things I want to mention so that gamers out there are aware of them. The game’s overall framerate when playing on the PlayStation Vita is rather low, as has been the case for other games from Ratalaika Games. The little Sony portable is very old, and it chugs along as best it can. Every time a trophy unlocks, the game pauses for a second, again, with the console having trouble with doing more than one thing at the same time. There were also some weird glitches, like when you die while sliding over some ice, and your character continues to slide down, and sometimes you can also continue jumping after you’re defeated, which can delay the game reloading the level on PS Vita. 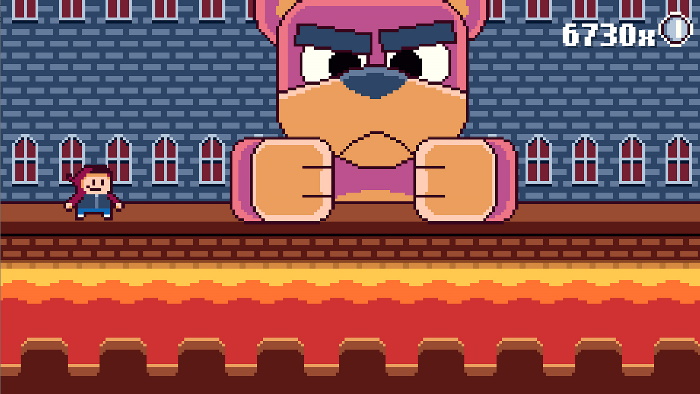 Final Thoughts
Super Wiloo Demake is a fun 2D platformer with a minimalist design, paying homage to Super Mario Bros. 3 and other old-school platformers. There are three difficulty settings so that players of all skill levels can take on this adventure, and there are separate trophy lists for trophy hunters to add two new Platinums to their collection. The game is available on PlayStation 4 and PlayStation Vita for $4.99 as a cross-buy release.

Disclaimer
This Super Wiloo Demake review is based on a Nintendo Switch copy provided by Ratalaika Games.

Moving Out On Its Way To PS4 And Nintendo Switch