Worldend Syndrome from Arc System Works, ToyBox and PQube is an intriguing visual novel with romance and mystery, featuring gorgeous art that will transport you to the seaside town where it all takes place. Learn more in our Worldend Syndrome review!


As the name suggests, there’s somethin wrong with the world today, and Mihate Town could be the key to it all. On your way there, you are woken up in the train you’re taking by Yukino Otonashi, a magazine writer. She tries to make small talk with the protagonist (that is you!), but he’s either still too sleepy or has no idea what is going on. She mentions that the town is an area in which there are many myths and legends in which its inhabitants still believe, speaking of one in particular: the Legend of the Yomibito. 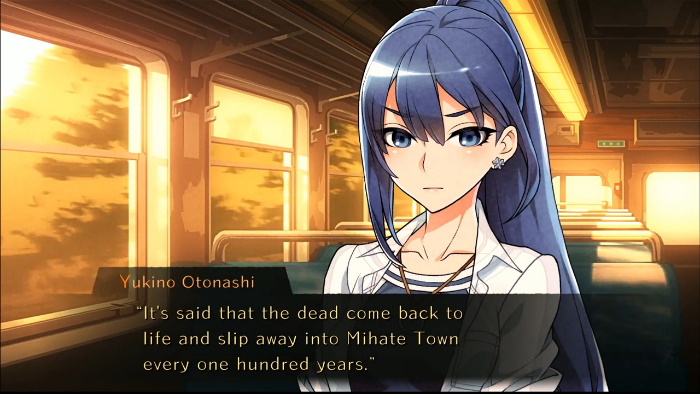 According to this specific legend, it is said that the dead come back to life and slit into the town every hundred years. And, she continues, based on the schedule, that event is set to take place this year. The dead are called Yomibito, and the legend continues by saying that as long as the Yomibito exist, the town will continue to be shrouded in misfortune. That’s a rather intriguing legend, don’t you think? Yukino does think so, as she is heading towards the town for her first big professional assignment! 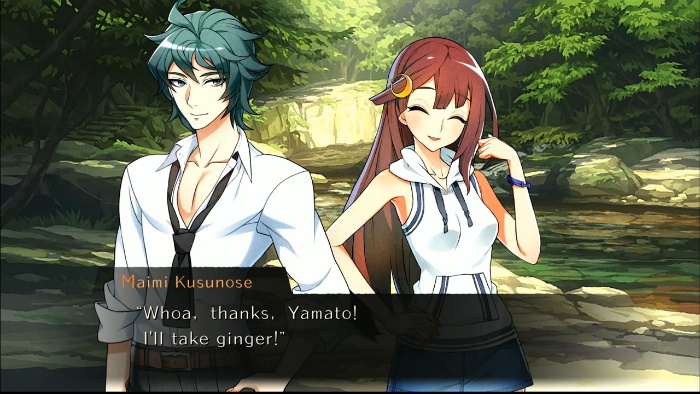 What are you going to be doing at Mihate Town? You’re transferring tp school and will live at the mansion of a relative of yours. Sounds like a great way to spend your time in town, right? You’ll soon meet, Miss Kaorin Yamashiro, your 25-year-old social studies teacher who also seems to be running a special after school club where only the best students can get in. The protagonist ends up as one of the members of the Mystery Club (official name the Tribal Studies Research Club), and it is here he meets some very interesting girls with distinct personalities who, as expected, can end up as the love interest of the protagonist. But don’t think that things will just move in the right direction, as mystery strikes the town from the moment you set foot in the mansion: a girl from the neighboring school has gone missing under mysterious circumstances! 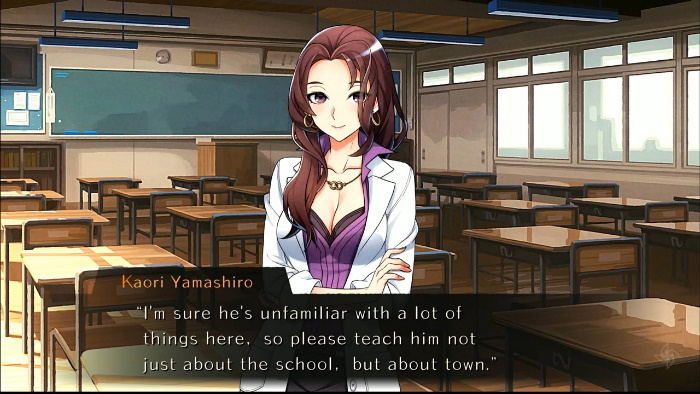 This being a visual novel, you can either keep pressing the A button to move to the next message in each conversation, or you can press the L button to activate auto-play, which will automatically move from message to message so that you can read along and listen to the conversations with the original Japanese voice acting – the only audio option available for the game. Also, since this is, once again, a visual novel you’re taking on, prepare to spend well over an hour and change going over just the setup for the game in which there is going to be a lot of reading needed on your part! 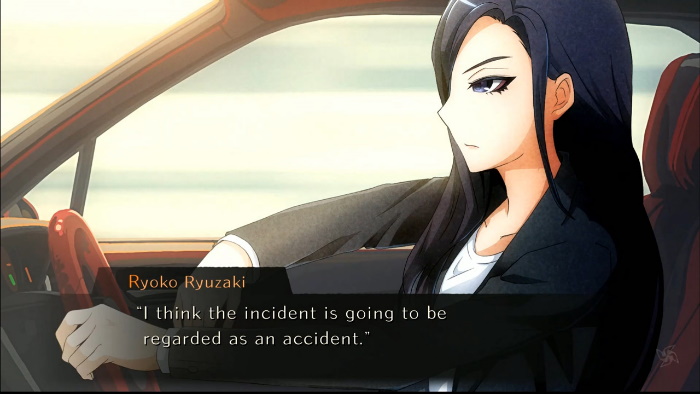 Once you’re out of the starting section, things start to open up a bit, and you’ll be able to go down different branches of the story to follow a path that will move you closer to winning the heart of one of the girls in the club depending on the choices you make along the way. The game knows you’ll be replaying this one several times to go down all of the potential paths, which is why it has not only an always handy text skip function but also a map you can use to travel around town and to check the choices you’ve made and your previous interactions, so that you can, well, go down a different road! 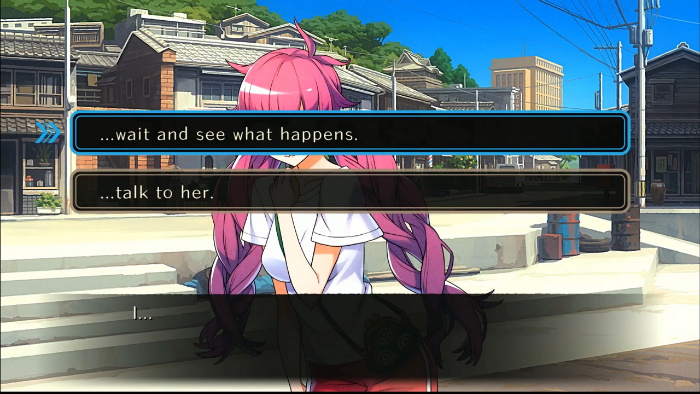 As you play the game, you can hit the + button to review the tips section in which you can get some additional information about the words that are highlighted in a different color. These can include the locations you visit, such as the town itself, the mansion where you’ll be staying, the school you’ll be going to, the Mystery Club, or the Worldend Syndrome show that is played on the radio at night, to name a few examples. You can always review the tips you’ve obtained by pressing the X button to open the menu, as long as you’ve collected the brochure of the color corresponding to that group of tips. 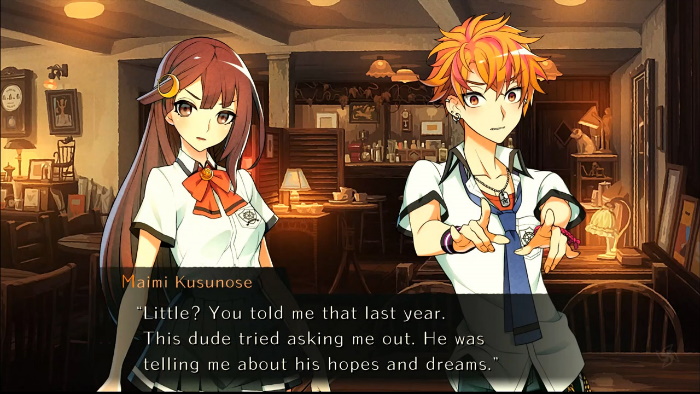 Speaking of this menu, it is here that you will be able to review the aforementioned map for Mihate Town, the album of special images you’ve unlocked as you play the game – separated into five albums, one for each of the girls -, the profiles for the characters you’ve met, the missions you have to complete as you progress through the game, as well as the options for you to customize the text display speed, the auto-play speed, the volume for the music and voices, as well as configure the buttons you can use to skip text, have it auto-play, review the conversation backlog, and access the menu.


Arc System Works and PQube have released an intriguing and entertaining visual novel in Worldend Syndrome for the Nintendo Switch. The branching story offers a ton of replay value for this adventure that you will complete over dozens of hours.

Disclaimer
This Worldend Syndrome review is based on a Nintendo Switch copy provided by PQube.

[PS4Blog.net Interview] Exordium Games On Bear With Me: The Lost Robots