Would you like to dive back in time to play the original arcade release of a beloved puzzle franchise? Then get ready and check out our SEGA AGES Puyo Puyo review! 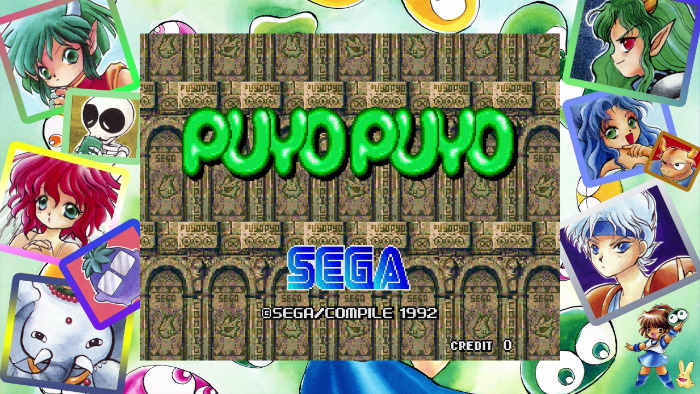 Puyo Puyo was originally released back in 1991 as a game on the MSX2 home computer, as well as on the Famicom Disk System – the disk-based expansion hardware for the Japanese Famicom (what we knew elsewhere as the Nintendo Entertainment System, or NES for short). An arcade version was later created for a 1992 release, and it is this version that we now get to play on Nintendo Switch under the SEGA AGES range that has already given us great ports of Phantasy Star, Lightening Force: Quest for the Darkstar, Out Run, and Virtua Racing, to name some examples.

This puzzler is very easy to control since you’ll be moving the group of Puyo around the playing area with the left analog stick or the D-Pad, rotating left with the A button, or rotating it right with the B button. That’s all there is to it, and this will allow you to start to lineup four or more Puyo of the same color so that they come together and disappear. The Puyo can connect vertically or horizontally, but they won’t connect diagonally, so do keep this in mind during the heat of battle! 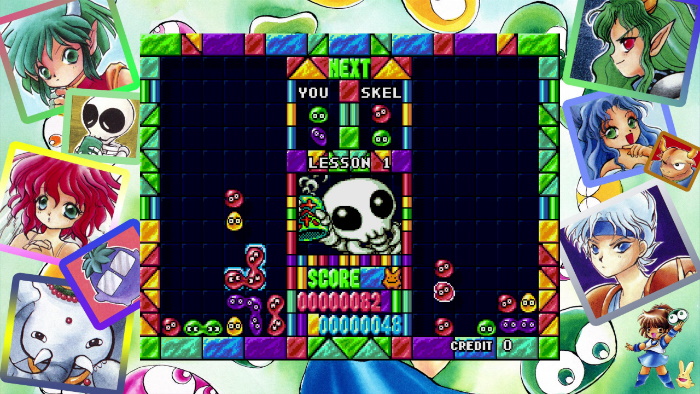 Puyo Puyo features a story mode of sorts, with some weird interactions between the character you play as and the opponents you will face. As you try to match at least four Puyo of the same color, you should start to work on also doing some combos. For these, you’ll need to set up the Puyo so that when you make a group of four or more Puyo disappear, the ones that will fall down into place end up activating another math of four of more Puyo. The bigger your combo, the more garbage Puyo you’ll send into your opponents playing area. The garbage Puyo can’t be combined with any other Puyo, and to make them go away, you’ll need to complete a match of four or more Puyo that are adjacent to them. 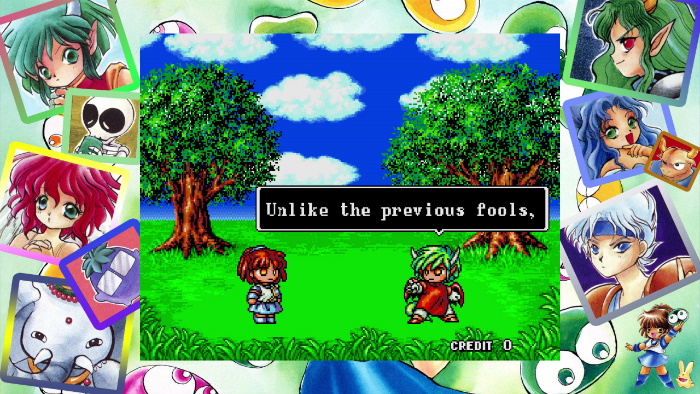 There are three options for playing this arcade game. You can select to play a short Tutorial of sorts in which you’ll go over only three stages, with a reduced variety of Puyo colors. The other two options have you start at the first level for the normal difficulty experience, or jump into the fourth level for a more challenging experience. The further you progress in the game the faster the Puyo will drop, and the more aggressive the AI for your opponents, so you will definitely have to make every move count, or you’ll be buried in black Puyo. 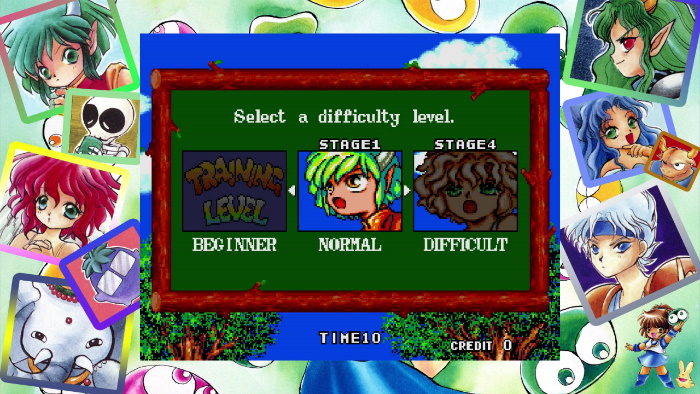 Something worth mentioning is that this 1992 game can now be played online thanks to this SEGA AGES release. You’ll need to select which version of the game you’ll be playing online, as well as if rotate left and quick turn will be on or off, and you’ll be able to join in on a random online battle, create a room for some online gaming, or join a room that is already going at it. Puzzle games always make for a good option for playing online, and Puyo Puyo with its easy to understand gameplay mechanics is no exception. 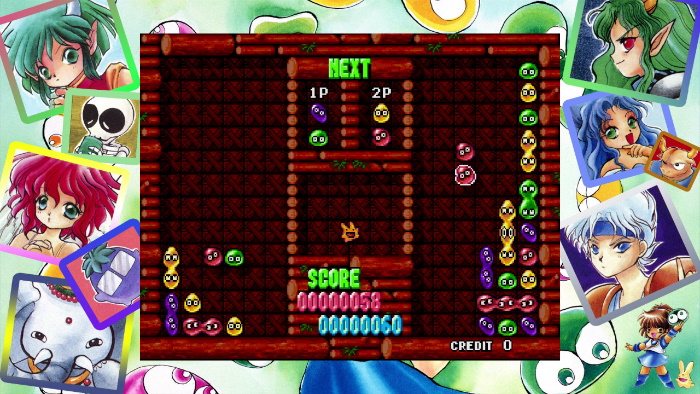 And now, let’s talk a bit about the things you can configure and change for your SEGA AGES Puyo Puyo experience. You have the option of playing either the Japan version of the game, or the international version, setting the difficulty to Easy, Normal, Hard, or Hardest, doing battles in sets of one or three, and having rotate left and quick turn activated or not. As expected, there are also some display options to mess around with. You can play the game in Normal, Fit, Full, and Dot by Dot presentation, as well as apply filters for scan lines, smoothing the image, both, or none, and use either the Puyo Puyo arcade art as your background wallpaper, or select from the other available options. You can also enable the Helper feature, which will reduce the number of Puyo colors in some stages, as well as the speed they drop at. 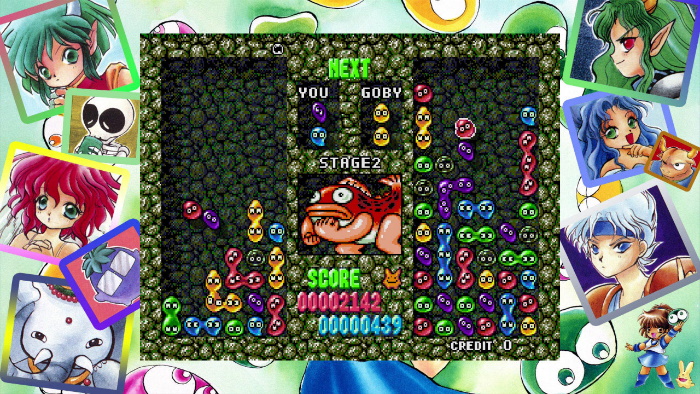 The Puyo Puyo franchise is a great puzzle series, and being able to play the original arcade game from 25+ years ago on the Nintendo Switch in all of its glory AND have it include both local and online multiplayer is highly appreciated for this budget $7.99 release. Trying to keep the Puyo from reaching the top as you play a 1992 arcade game in 2019 with someone who is playing from the other side of the globe is wild, and something that makes this one a very easy recommendation on Nintendo Switch.

Disclaimer
This SEGA AGES Puyo Puyo review is based on a Nintendo Switch copy provided by SEGA.