After a short introduction in which you’ll meet the villain that is set to tear the cosmos apart with a black hole, you will gain control of a small red robot that can run, jump, double jump, and roll through the procedurally generated stages the game has to offer. You’ll control the robot with the left analog stick, moving the camera around with the right one, jumping and double jumping with the B button, as well as triple jumping after you land from a second jump – remind you of anything you might have played many moons ago? You can also roll up into a ball to move faster by pressing and holding the Y button, but you need to be careful since you can’t double jump when you’re curled up. You can also climb up walls by jumping up onto them to have your robot grab to it as if its life depended on it. 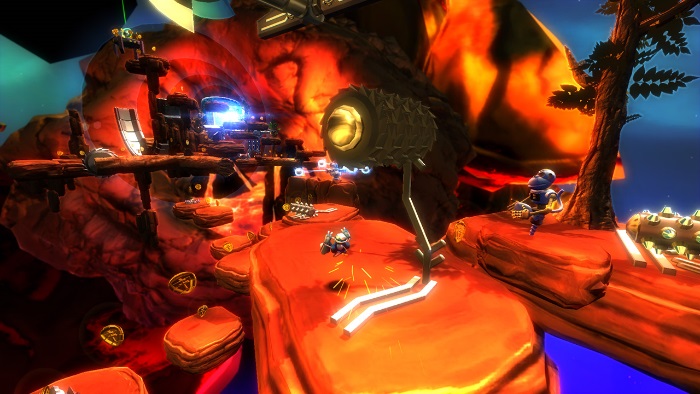 After climbing that first wall, you’ll find a new set of items for you to customize your robot’s look if you want to. You can change its head, torso, arms, and legs with the parts that you collect in the game, changing their colors if you want to so that you can find the combination that works best for you. The coins you collect as you explore each of the stages the game will throw at you will be used to unlock new abilities for your robot, such as being able to glide to fall slowly, being able to return to a level’s entrance without losing a life, or getting to teleport over a short-range, to name some examples. 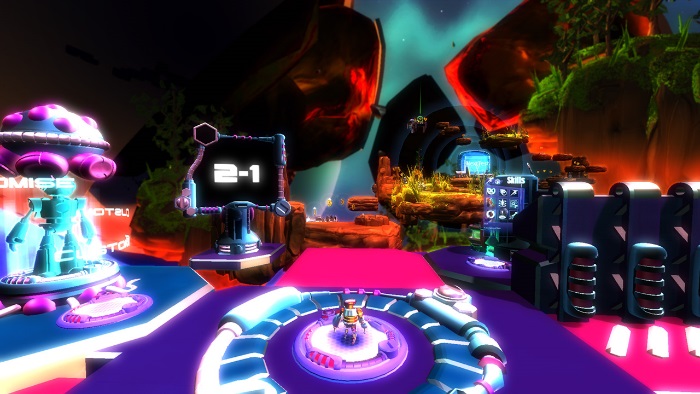 Each of the stages will be procedurally generated for you to take on, making each run feel different. You will have five lives to play the game, marked by the full batteries displayed in the upper left corner of the screen, and once you run out of lives, it is game over, and you will have to restart your run, taking on a new set of randomly generated stages. Each of the stages will have a clear path towards the exit, but some of the levels will offer some extra paths to take so that you can collect some extra coins or to grab an extra battery for your count. 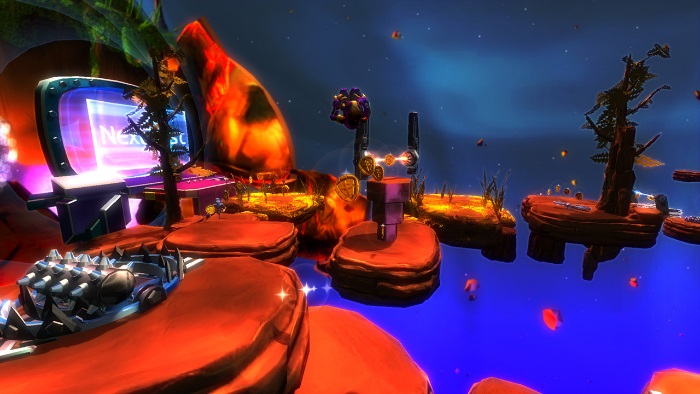 You can also use coins to purchase items that will aid you in beating each of the levels you’ll face. These will include a single-use jump pad that you can place anywhere you want, a coin magnet that will pull collectibles towards your robot, a respawn point that will act as a checkpoint so that when you die – which will happen a lot as you get the hang of things – you can carry on from there, increasing your maximum life count, one that will make you become temporarily invincible, and a bubble that will protect you from one impact. 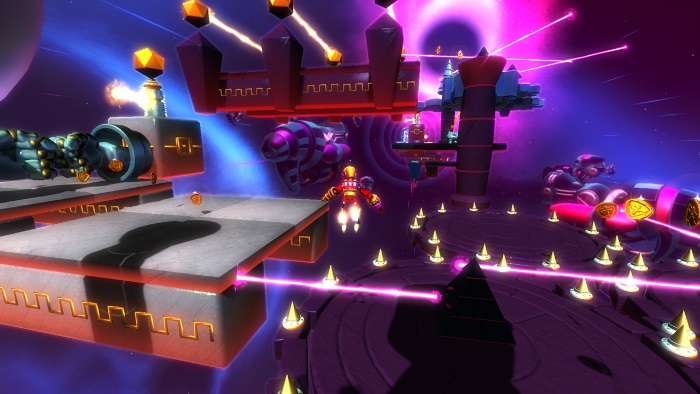 Due to the randomly generated nature of the game, no two runs are going to be the same, but even then you might want something else to do with Rogue Singularity. Enter the Daily Challenges which will challenge your skills and demand that you complete them as quickly as possible so that you can have a shot at getting a good slot in the leaderboards. And then there is the Chaos Lab, which will have more challenging levels, more unlockables for you to collect, which greatly increases the replay value. 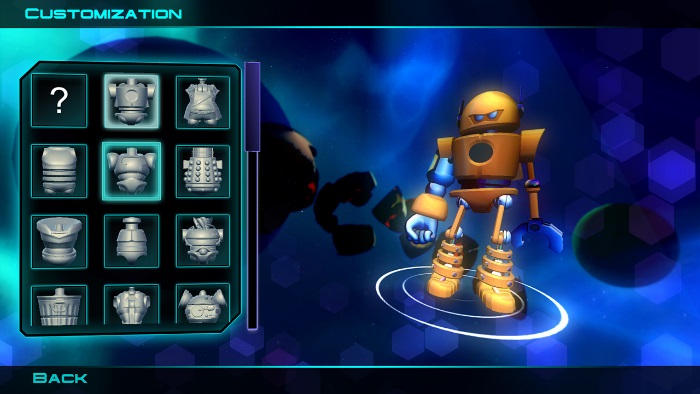 You can go into the options menu and change some things around to customize your platforming experience. You can change the game’s language if needed, have the game display a dyslexic font, show subtitles – and select the size for the font of said subtitles -, and have the HUD always show your time, how many lives you have, and how many coins. There’s also the possibility of changing the camera speed for the X and Y axis, inverting the camera, and setting up the rumble intensity for the Joy-Con. Oh, and when you’re going through the options menu, the Joy-Con will make a sound that matches what you’d expect a game to present as its “reviewing available option selections” sound. 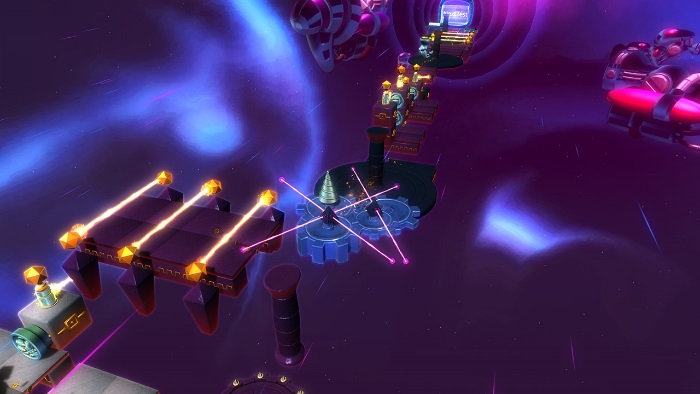 Rogue Singularity is a fun procedurally generated platformer with roguelike elements that pays homage to old-school 3D platformers, Super Mario 64 being the one that will spring to mind when someone watches the Nintendo Switch trailer. It’s not the best-looking indie game on Nintendo’s hybrid console, but the gameplay mechanics and huge amount of content more than makes up for it. It’s available for $14.99, and I appreciate the work done by Considerable Content and Nnooo to get this one going on Nintendo’s console.

Disclaimer
This Rogue Singularity review is based on a Nintendo Switch copy provided by Nnooo.
Considerable ContentNnoooRogue Singularity
0 comment
0
FacebookTwitterEmail

Heave Ho Out Next Week