Hamsterdam is a colorful brawling beat ‘em up in which you must save the titular city from the evil Vermin Gang. Are you up for the challenge? Learn more in our Hamsterdam review!


Muse Games took Hamsterdam to Kickstarter back in August 2018, seeking to secure the funding needed to finish the development of the game. Six hundred ninety-nine backers pledged a little over $15,000 for the game to become a reality, and now it’s August 2019, and the game is out on Nintendo Switch. In Hamsterdam you will take control of Pimm, who is out on a journey to defeat the evil chinchilla Marlo and his Vermin Gang and save Grandpa and the city of Hasterdam before it is too late. 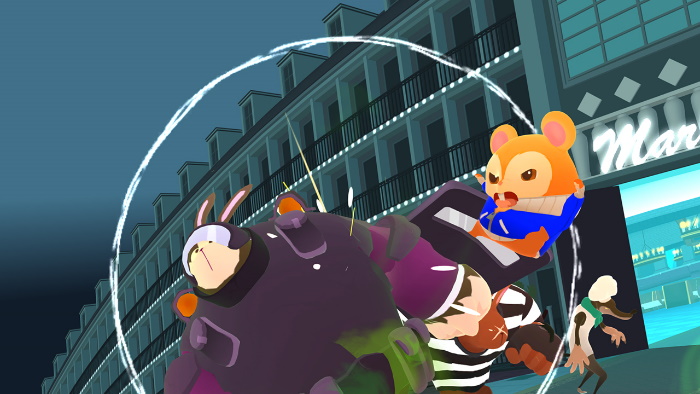 You’ll control the hero hamster Pimm by using the motion controls of the left and right Joy-Con, which means you’re going to be taking swings and moving them at the right time to attack, defend, and counterattack as needed. You’ll need to swing towards the Vermin with the left Joy-Con to counter their attacks, paying extra attention when you’re up against more than one enemy. If you attack with the proper rhythm by flicking the right Joy-Con at enemies, you can deal a solid five-hit combo that will deal a lot of damage with perfect attacks. To fill up your energy, hold the ZR button to charge up to full power so that you can land a chunky blow. Once you’ve filled up the KO marker at the center of the screen, point that icon onto a vermin to unleash a mighty combo with a devastating finisher. 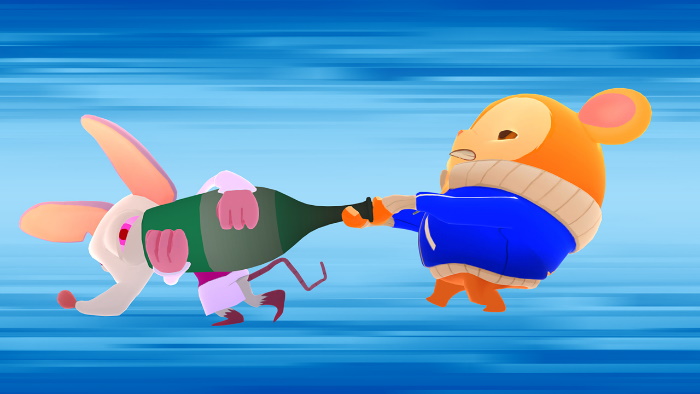 Before you take on the game proper, your Granpa will help you get the hang of things by coaching you through your first fight so that you can learn the basics. It is here, and in the next handful of stages, that you get to apply the gameplay control mechanics that I’ve just mentioned. Something else that you will need to pay attention to is when enemies jump your way and try to hit you with a special attack. To counter these, you will need to press the left analog stick in the direction shown on the screen before time runs out. Failing will means that the enemy will land a solid hit, damaging Pimm. There will be other quick-time events to watch out for, so always be ready!


Each of the short levels you will take on will include different objectives for you to complete to get a three-star rating for it. On top of this, there are also additional bonus objectives that you can aim to reach so that you can be rewarded with extra seeds that can be used to purchase items. The might include asking that you complete a level by landing a five-hit combo, a ten-hit combo, and also to finish the fight with 100% of your health, so be sure to press the R button before starting a level to see what the bonus objectives are. 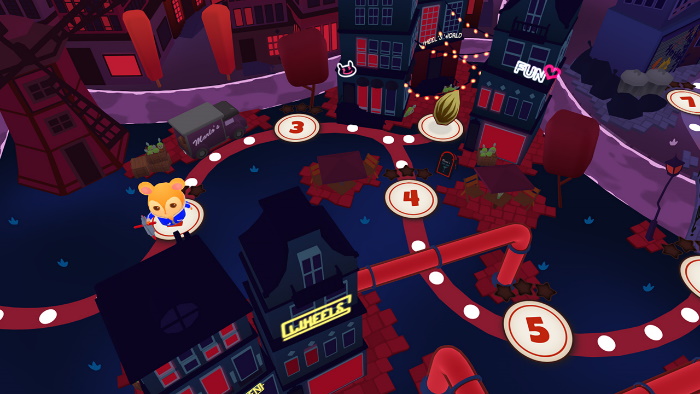 Boss fights are different from what you get to do in the rest of the game, since you’ll be fighting, for example, a big enemy that got bigger thanks to some sort of special juice, and it will start throwing bombs at you that you can avoid by moving left or right with the left analog stick. Every now and then this boss will throw a hamster at you – along with some bombs -, and you will need to line yourself up with the incoming hamster so that you can flick it back at this boss to deal some damage. The next boss will have that as well as its giant fists to attack you, making it harder to find the right spot in which you stand since you will also need to catch the flying hamsters to knock the boss down so that you can deal some damage. 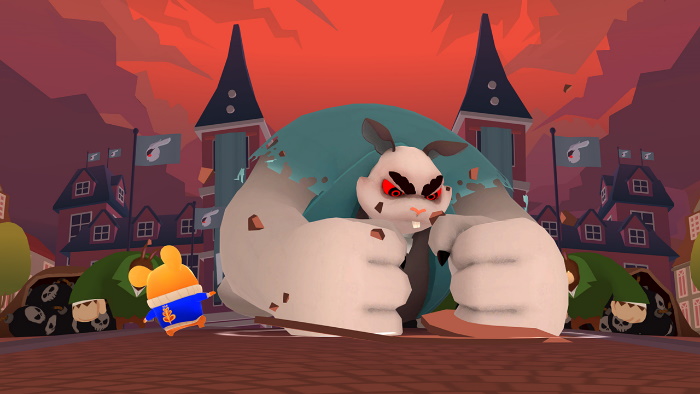 As you play, you can also make progress towards completing the different in-game achievements. These include defeating 100 of each of the different members of the Vermin Gang, collecting a ton of seeds, dodging cannonballs, breaking bottles, disarming weasels that are using a club, collecting many goodie bags, throwing some hamsters at a boss, and more. The achievements screen is also where you can press the R button to check your stats, which include your total gameplay time, how many perfects attacks, charged attacks, and Kos you’ve landed, how many regular big hits, perfect attack bit hits and charged attack big hits you’ve connected with, your combo chains, etc.


The game also has a shop in which you’ll unlock new cosmetic items as you progress through the game, as well as by completing bonus objectives in some levels so that you can purchase them and add them to your wardrobe options. The default things you start with are your perky hamster ears, googly hamster eyes, tiny hamster hands, and a stylish blue jacket. The additional wardrobe options you can unlock and purchase will reward you with bonuses in battle, with things such as increasing your defense against Vermin attacks, special powers such as a 2KO against Vermin so that you can KO two enemies for the price of one, having KOs heal Pimm’s health, and more. 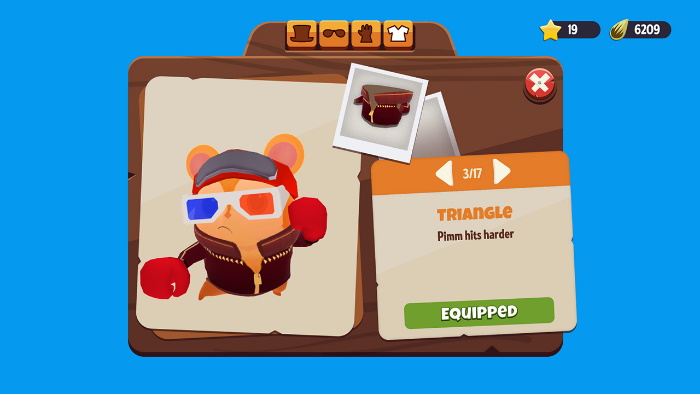 Hamsterdam is an entertaining arcade-style beat ‘em up with fun gameplay mechanics that is sure to please gamers both young and not so young. The gameplay loop might feel a bit repetitive for some, but it’s something that works well since it gives us battles that are always flowing and in motion, as you go from countering one small enemy to using your KO to defeat another one to your right, all while moving to counter the attacks of a large enemy… only to have to use charge attacks as soon as he gets up so that you can destroy its shield. Hamsterdam is available on Nintendo Switch for $9.99.


Disclaimer
This Hasmterdam review is based on a Nintendo Switch copy provided by Muse Games.