Gurgamoth from The Quantum Astrophysicists Guild is an all-out 2D fighting game in which the level is your weapon. Learn more in our Gurgamoth review!


In Gurgamoth up to four players will take on some local 2D fighting in which the goal is always the same: be the one that awakens Gurgamoth. You’ll do this by making the most of what each of the game’s stages has to offer, attacking your opponents to try and get them closer and closer to the deadly hazards in the game as you all fly around and try to stay alive. Gurgamoth demands sacrifices, and who best to give it what it wants than a group of crazy, violent, and colorful cultists? 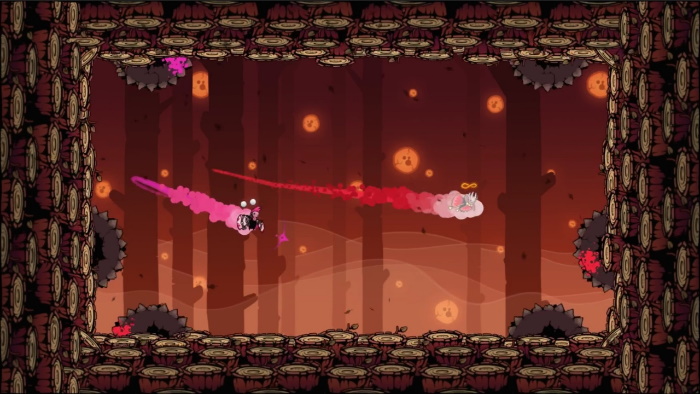 Step one will be to select the number of players that will participate in a battle, each one selecting a cultist for the fight. Next will be choosing from the seven available stages or having the game select one for you at random. You can choose how many victory points are needed for one of the players to win the fight (one, three, five, and seven) if there will be no power-ups showing up, power-ups showing up at a normal rate, or having them pop up at a higher rate. The last option is for autobalance to be on or off. At first, I didn’t understand what this did until I realized that it pretty much automatically balances the match so that you don’t overpower your opponents by spamming too many attacks. When playing on your own, you can set up bots, with either a normal or hard difficulty setting. 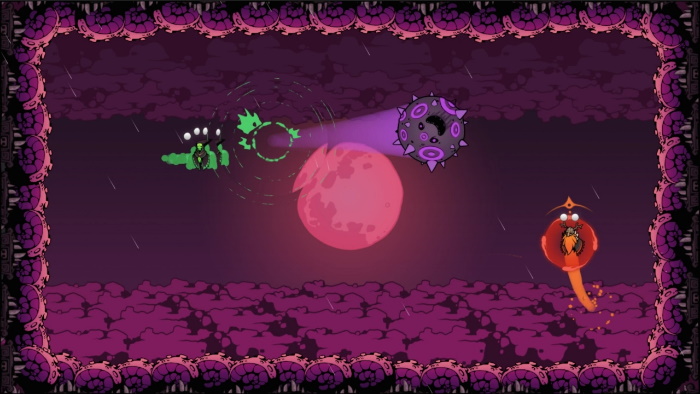 Controls are very simple to understand since you’ll be flying around with the left analog, attacking with the A button – by aiming with the left analog stick -, and dodging out of the way with the B button. You need to be careful and not spam the B button, or else you will activate a stun that, to be honest, will only leave yourself wide open for an attack since you’ll be stunned for a bit as well. Whoever gets the required victory points first will wake up Gurgamoth and win the match. 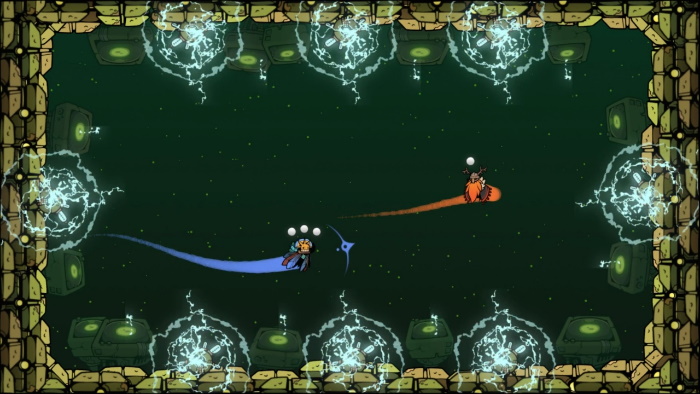 As for the hazards that you will run into – or try to send your opponents into – in the seven stages that the game has to offer, these will include the always classic buzzsaws, spikes, electrical currents, spiky rocks, deadly lasers, hidden spikes, squishy things with a smiley face that will make you bounce off them, and walls that close up towards the center of a stage a few seconds after starting a round. If you hit any of these, you’re dead. Well, except for the squishy things that will make you bounce. But you’re definitely dying on your way back thanks to then assist of the spiky sphere of death that will crush you. 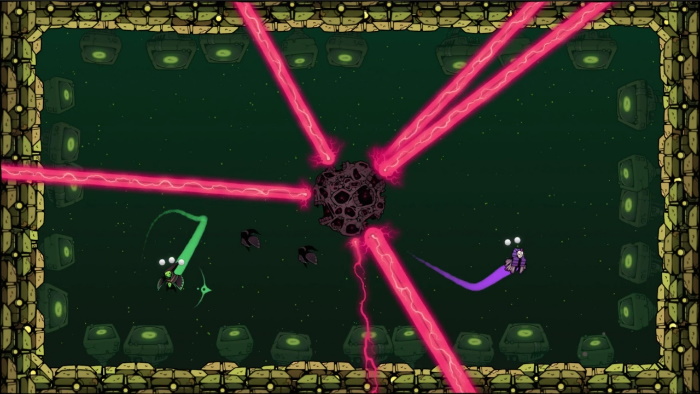 As you play each match you will start to notice some floating spheres that will pop up out of nowhere – these are the power-ups. You will find one that will slow down time so that you can plan your attack with some extra time, one that will start to shoot a laser our with every time it’s hit, another one that will turn into a big sphere of death with spikes coming out of it, a sphere that will grant upon thee a force field, and one that will be sent flying when hit and explode upon hitting an opponent or a wall, freezing anyone that is near its blast radius. 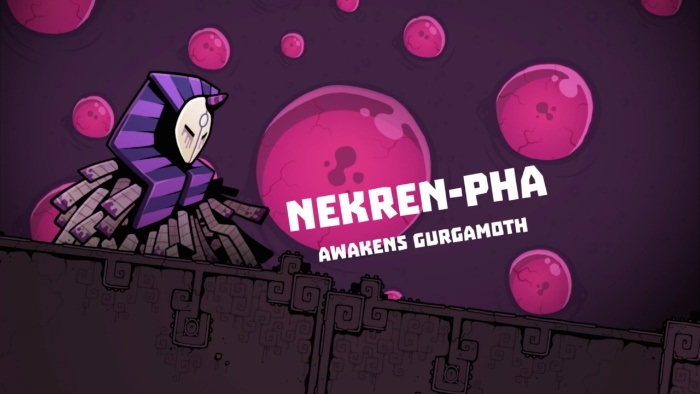 Gurgamoth is a fun and hectic local fighting game with a quirky premise – control a cultist and sacrifice enough cultists to awaken an ancient entity that will probably destroy everything -, that is best enjoyed with actual people available for some local multiplayer mayhem. Mind you, the AI for the bots is good when you’re playing on your own, but the fast-paced nature of this game makes it a great candidate for some gaming sessions with fellow human individuals. Gurgamoth is not a game that innovates on the genre, but it’s one that does its thing quite, making for an entertaining experience.

Disclaimer
This Gurgamoth review is based on a Nintendo Switch copy provided by The Quantum Astrophysicists Guild.