Furwind from Jandusoft is a colorful 2D action platformer on Nintendo Switch in which you must defeat Darhûn before the forest is doomed. Learn more in our Furwind review! 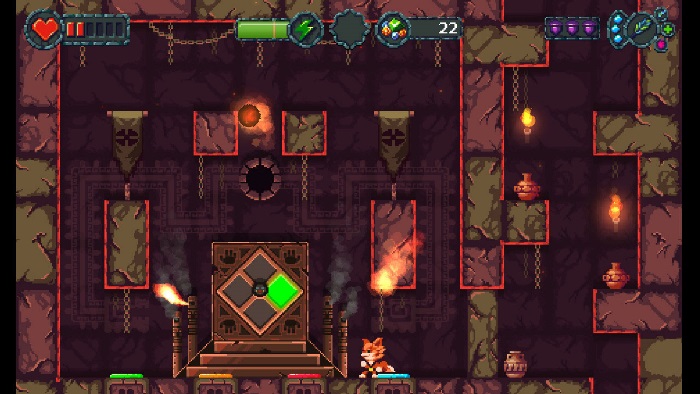 The titular Furwind can move around with the left analog stick or the D-Pad and can jump and double jump with the X button. The Y button is reserved for attacks, and you can jump and press down on the left analog stick or the D-Pad to perform a stomp. The L button is for using your limited stock of acorn bombs that deal damage over a specific radius, as well as being useful for breaking damaged blocks. As you perform attacks or stomps, your stamina bar will lower. If you run out of stamina you won’t be able to perform either action, so be sure to keep an eye on your stamina bar and time your actions just right so that you don’t find yourself without any stamina and surrounded by enemies. 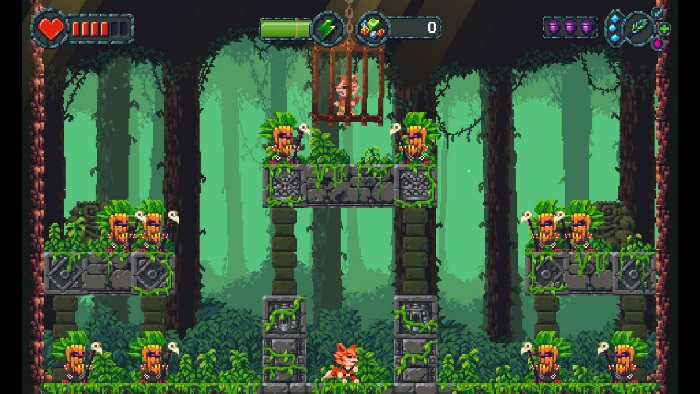 You will gain access to other skills as you progress through the game and gain the favors of the ancestors. The first one will be obtained when you gain the favor of Shaklu who will reward you with the Sacred Plume, an item that will allow you to fly over hazards after you’ve jumped. To activate it, all you need to do is jump and then press the A button. The total number of times you can do this is limited, so you won’t be able to just fly all over the place as you please, as this would break the game. 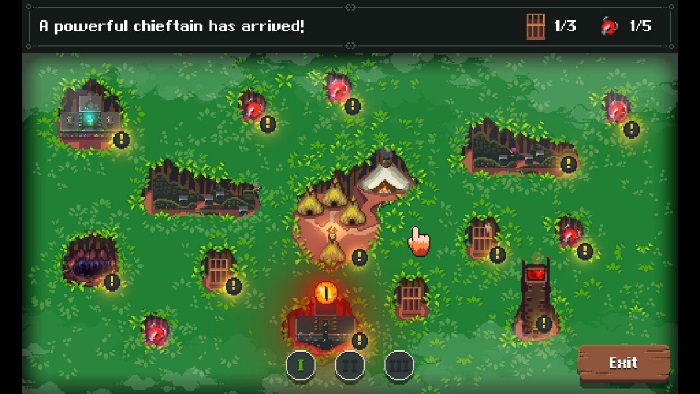 When exploring the game’s stages, you should search high and low to try and find the different extra challenges you can take on to 100% the game. These are represented by glowing scrolls that you can pick up in a level, and which will add some additional short challenge stages for you to take on from the world map. You will also get to collect a ton of seeds of different values, which can be found floating around each level’s areas as well as obtained from the enemies you defeat. While in a stage seeds can be put to good use by finding one of the resurrection totems and attacking to activate it. What this does is that if you are defeated – which will happen several times during this 6-8 hours adventure – your character will respawn at that resurrection totem so that you don’t lose much of your progress. 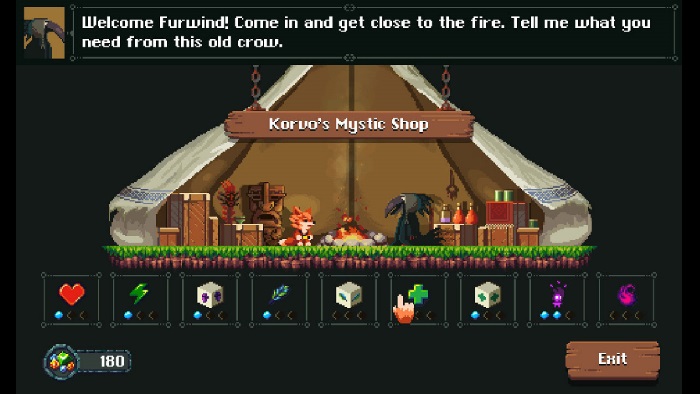 The seeds you collect can also be spent at Korvo’s Mystic Shop once you free him early in the game. He will provide you with the opportunity of purchasing different items to aid you on your adventure. You can purchase an item to boost your health so that you can have extra hit points, another one to boost your overall stamina, or one that will increase the chance you have of getting seeds when you defeat enemies – to name a few examples. 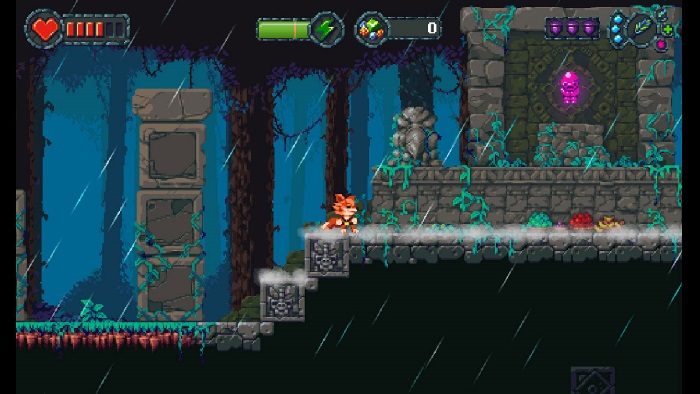 To progress in each of the game’s levels, you will need to find the two halves of a medallion that opens the magical portal at the end of a stage that transports you back to the world map. Each of these halves is guarded by a mini-boss or a mini-game, so you will need to pay attention to the movement and attack patterns of each of the mini-boss types so that you can be victorious. Luckily there’s usually a checkpoint nearby one of these medallion challenges, so as long as you have some seeds on you, you can continue to try that section over and over again. And then there is the boss fight you need to complete before you can move to another general area to take on a new set of levels and challenges! 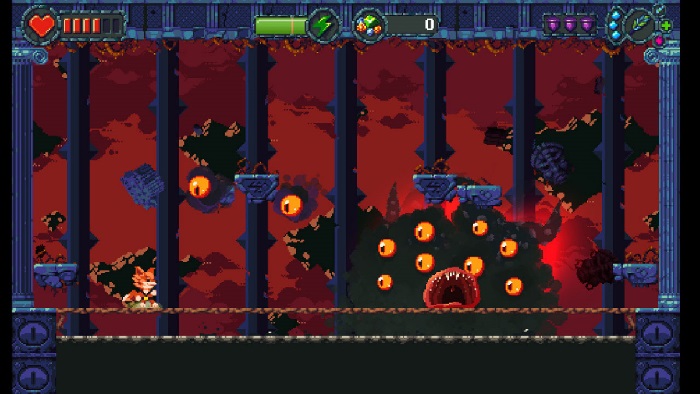 If you’re looking for a condensed 2D action platformer with a colorful art style and fun gameplay mechanics, then Furwind is a good option on a console that certainly has a lot of 2D games to choose from. It’s available at a budget $9.99, offering around 6-8 hours if you want to 100% the game. 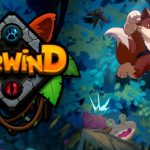 Disclaimer
This Furwind review is based on a Nintendo Switch copy provided by Jandusoft.