I had a lot of fun playing Eagle Island for our review, so I got in touch with Pixelnicks to talk a bit about the game. Come check it out!

PS4Blog: Hi! Welcome. Thank you for taking the time to do this interview. Could you please tell our readers a bit about yourself and your work.


PS4B: After a lot of hard work, Eagle Island is ready for its July 11 release on Nintendo Switch. What can you tell our readers about the project?

Eagle Island is a passion project I’ve been working on for years – a roguelite platformer where you use an owl as your weapon! You play as Quill who is exploring the island with his owl, Koji, hoping to find the monstrous Eagle who captured Koji’s brother. Quill has a falconry glove which he can use to launch Koji at monsters.

He’s also got a range of magical feathers he can use to transform Koji into powerful elemental forms, and he can collect 85 runestones which modify Quill and Koji’s abilities. He has to move quickly though, as each runestone only lasts a limit amount of time before cracking and breaking. This means Quill’s abilities are constantly changing and the player has to constantly adapt to new gameplay styles! 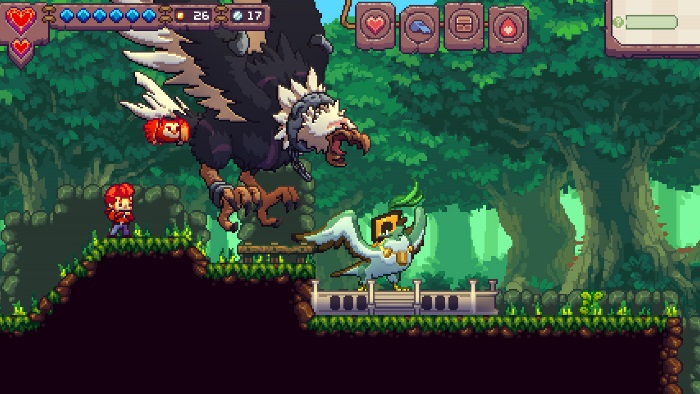 PS4B: How long did it take to complete the game? Where there any considerable changes in the game’s design and scope between the initial concept phase and the version we’ll get to play in a few weeks?

I started work on the game around four years ago, and it was always going to be a roguelite of some kind. It went through a long stage prototyping different gameplay ideas until I finally settled on the falconry attack style, which itself came from a Yoshi’s Island egg-throwing idea. Other styles I discarded included typical sword and shield and Super Mario Bros. 2 style item throwing! When the game hit Kickstarter around two years ago, I had a solid plan set up, and it’s changed very little since then. 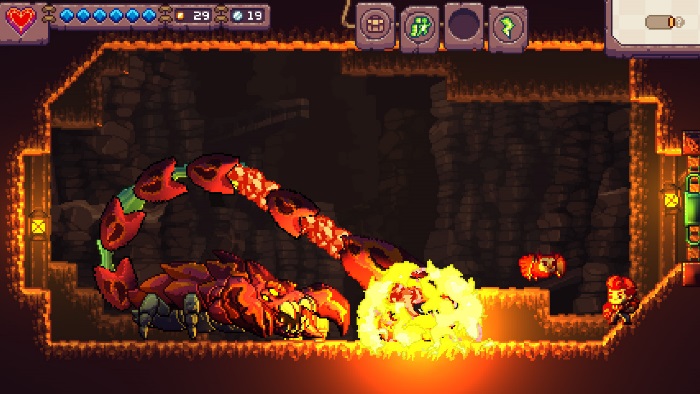 PS4B: With the game now ready to go, are you considering developing some additional content by way of DLC to expand on the game’s environments, enemies, bosses, and perks?

I’ve got some really fun ideas in my head for possible DLC, but I don’t want to spoil anything just yet. The core game has more than enough content for everyone to get their teeth into, with nine environments to explore and twelve bosses to battle! 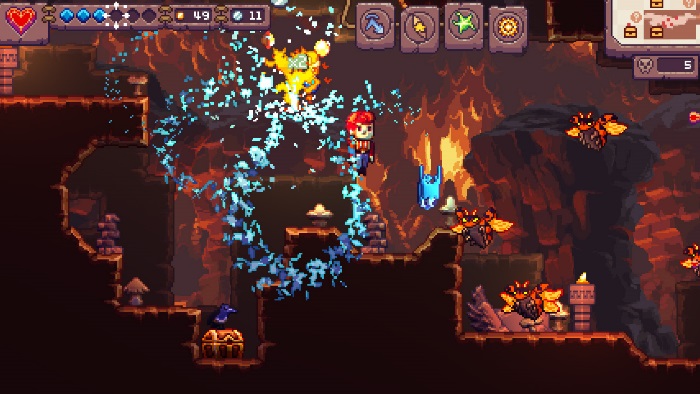 PS4B: Once again, thank you for doing this interview. Is there something else you’d like to say before we go?

Thanks for having me! I just hope everyone gives Eagle Island a go – the demo is free on Steam (https://store.steampowered.com/app/681110/Eagle_Island/) and gives a solid vertical slice of gameplay. 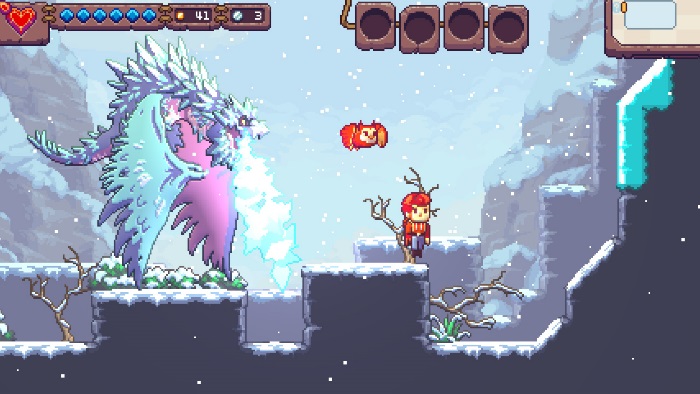