Samurai Punk presents The American Dream, a satirical virtual reality trip to a ‘brighter future’ where your everyday needs are solved with guns. It is the 1950’s, and a group of leading gun manufacturers have constructed a vast complex to guide the American Patriot towards a better and richer life. With Buddy Washington, the talking dog as your guide, you’ll get to experience what it is like to live all aspects of your life with guns.

Key Features:
• Fully-voiced single player, narrative-driven campaign with over 20 unique levels
• Journey through the life of an Average American and learn how guns can help you through key moments in life
• Experience immersive, interactive environments ready to meet the business end of your guns
• A host of lovingly crafted firearms including pistols, shotguns, SMGs and tactical sporting rifles
• Bullets


The American Dream is a new game from Samurai Punk. It’s an on-rails shooting game as you live through The American Dream… Presented by the gun companies and taking place in the 1950s. It’s a satirical take on American’s love of guns. So I will disclose I’m actually Canadian and am pretty anti-gun in general. Why is this important? I think my take on the game will be wildly different than potentially someone who is pro-gun or American. As this is a satirical take on the issue, pro-gun people may not enjoy the content of the game.

As it is a PSVR game, I always like to talk about the controller scheme a bit. As it is an on-rails shooter, you are required to use the PlayStation Move controllers, no Dualshock 4 support with it. Also, no PS Aim support either. 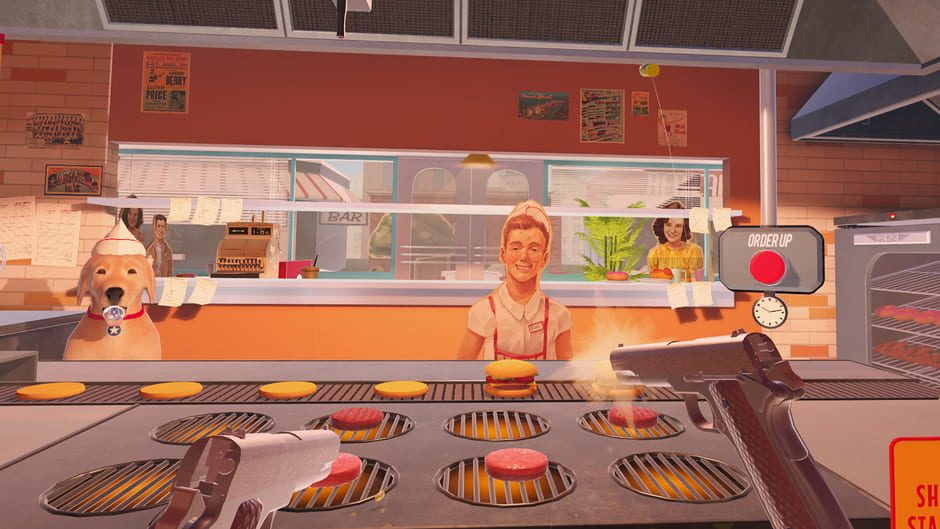 In The American Dream, guns are the future. It’s a tongue in cheek game using the style of the old American-style commercials from the 1950s about what America might be in the future – this one gives me Fallout pre-apocalypse vibes. You have a guide (a talking dog) setting up the situations that you find yourself in, and how guns will improve your everyday life. As this is set up to be like a ride from Epcot, you are in a cart that ferries you from room to room.

Your first major stop on this is a baby crib. You have two pistols, and you interact with your mother and objects in the room by shooting at them. When you run out of ammo, hit the handy ammo dispenser button on either side of the cart and ammo will pop out into the air allowing you to reload and continue shooting. Each room is even more surreal than the last one, having you flip burgers by shooting them, selecting the girl you want to court by shooting at her with a long-range rifle, play ball with dad by shooting it back at him, every action involves the guns.

The room will dictate what type of gun you will get. More often than not, you’ll be dual wielding pistols. Depending on what is required of you, the game might hand you another option, such as a rifle or a shotgun. You don’t get to choose, so you will have to use the weapons that you are provided with. 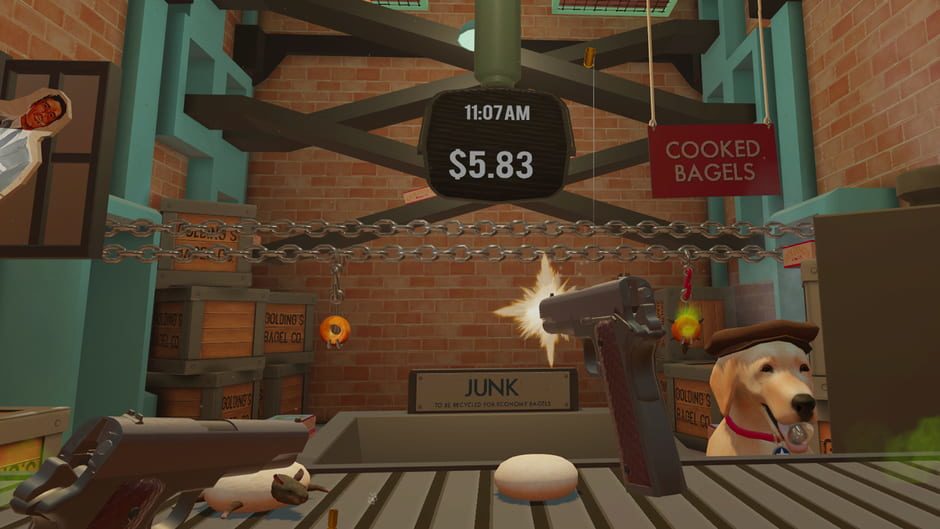 The game is fun and interesting for a while, but the concept does get old, even with the satirical take on the content. It’s only a few hours long, so it doesn’t take long to get through everything it has to offer. There are also hidden targets to find in the levels giving you some extra replayability and something else to look for.

I also have to say I did have some issues with the PlayStation Move controllers. I found things especially tricky to control when using the rifle. One PS MOve controller is used for holding the rifle, and you use the other one to keep it steady. As you bring the scope to your head, it will give you the scope view, but I found it wiggling as I was trying to hit some targets on the other side of the screen. It didn’t happen a lot, but your mileage may vary.

The world’s design is great. All the people are presented as cardboard cutouts, and the world has that 1950’s vibe, and all of the set pieces make you feel you are in that era – very Leave it to Beaver. The narration is excellent, as it really fits with the generation is imitating with a well-written script. 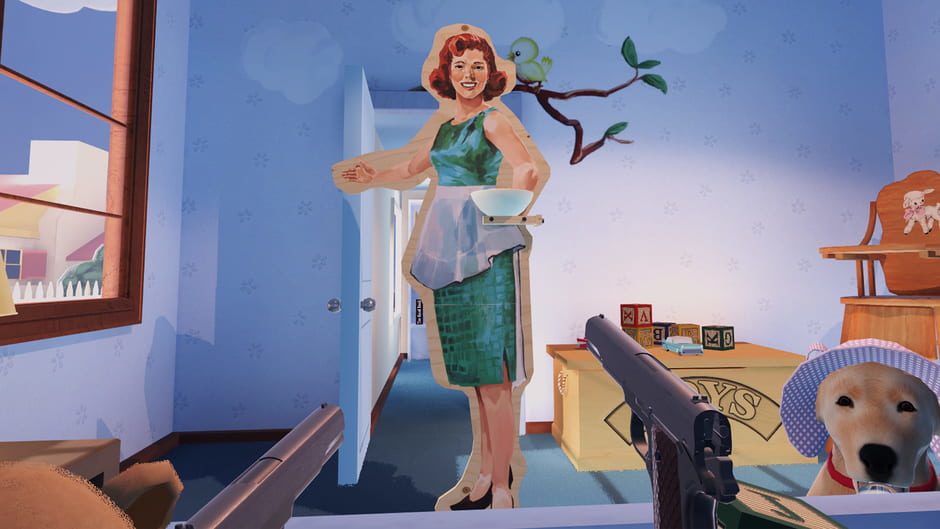 I had a lot of fun with The American Dream. Its satire on gun culture was perfect, especially with the presentation that allows you to be immersed in the era it evokes. It’s not long, but after a while, it can feel a bit repetitive. It’s a good quick game, potentially being a great PlayStation VR demo to show people who are new to virtual reality.

Disclaimer
This The American Dream review is based on a PlayStation 4 copy provided by SAMURAI PUNK PTY LTD.