Are you ready to help Quill survive the world of Moss as she sets to rescues her uncle and set the world free? Learn more in our Moss review!

Moss is a single-player action-adventure puzzle game and new IP from Polyarc tailor-made for the VR platform. It takes classic components of a great game—such as compelling characters, gripping combat, and captivating world exploration—and combines them with the exciting opportunities of virtual reality.

In Moss, players meet Quill, a young mouse with dreams of greatness beyond the confines of her settlement. While exploring the woods, she finds a mysterious Glass Relic, and an ancient magic is awakened. With her uncle now in grave danger, Quill must embark on an epic journey—and she needs you there by her side. Together, you’ll travel to forgotten realms, solve challenging puzzles, and battle menacing enemies. Alone, no one can conquer what you’re up against. But united, you just may defeat even the darkest of villains.


Moss was one of the clear breakout titles for PS VR. It was first a PS VR title before Polyarc decided to release it on other platforms. I had heard great things about the game, and how it feels perfectly at home on PlayStation VR, so now that the new DLC Twilight Garden expansion is live, I thought it would be a great time to jump into the game and see what the fuzz was all about!

As always with PS VR, we have to talk about what you need to play and what is optional. The game is easy to get the hang of since ut uses the DualShock 4 controller – no PS Move or Aim controllers for this one! 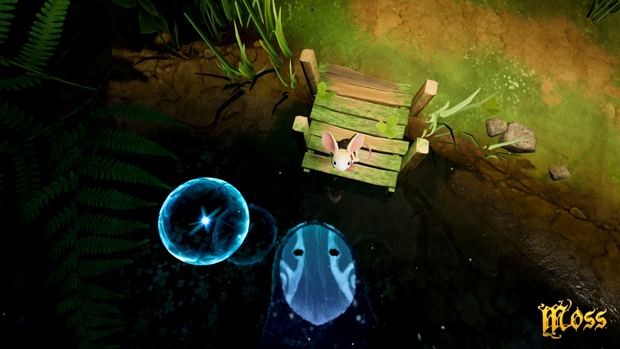 The game starts you off in a giant library, and you are reading the book, Moss. It’s a magical book, and as you start reading, you are transported into the book. You find out you are the Reader, a magical force looking over Quill, the mouse, as she goes out on an adventure to save her uncle. Early on you control both Quill and the Reader. Quill is controlled by using the analog stick to move around the environment, with the face buttons activating attacks and dodges. The Reader has a magical orb which is moved around by physically moving the DualShock 4 controller and using the trigger buttons to interact with the environments so that you can, for example, raise or lower platforms, using switches and more to make it possible for Quill carry on.

As for the story of Moss, your people were chased out of the Kingdom, and your uncle was one of the heroes fighting to save it. Quill finds a mysterious price of glass that allows her to interact with the Reader. Your uncle recognizes the glass and to save Quill on the burden of a journey, sets out to rescue the Kingdom, making you promise to stay home. Things, of course, go wrong, and you are informed by a magical force that your uncle has been captured, so you need to embark on your quest to save him.

As Quill’s adventure takes her towards the castle, I have to say that the world itself that was presented to me felt very Interesting and alive. Obviously, as she is a mouse, the world is to her is larger than life, but to you, it will feel as if you were interacting at a smaller scale. Scattered throughout its world are pieces of war from a much bigger battle, probably with humans and some other forces. Helmets, axes, swords, and more are scattered throughout the landscape, making you wonder more about the conflicts had there.


As Quill explores these areas, you will need to solve puzzles to open the way. Using the Reader’s power while helping Quill navigate through the environments and defeating the enemies is how you’ll be taking on this journey. There aren’t a lot of enemy types in the game, so you’ll quickly learn more about their attacks and how to avoid them and counter – get ready to use that dodge move! As the Reader, you will be able to control and move enemies, getting them onto switch’s or blowing up walls for you, which adds another interesting element to the puzzle-solving dynamic.

You’re also going to find some collectibles. In most of the areas you’ll locate hidden scrolls you can pick up, usually requiring some more problem solving or the need to look around the environment using the PlayStation VR headset to areas you might not have normally seen. It definitely adds some replay value, as when I finished, I was shown how many scrolls I was missing, and I could go back for them. You also collect stardust which is hidden in barrels and crates, and this fills up a jar beside the book as you collect it. Once again, the game tells you how much you need to collect in each area, so those that like to 100% a game will always have something to aim for. 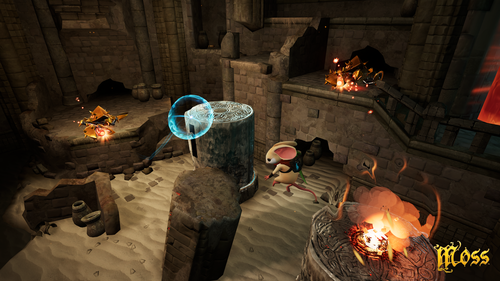 And now, let’s talk about the new DLC. I expected this new content to take place after the main story of the game, a bit like an extra chapter in the overall tale told by the book, but as I played, I realized it was weaved into the main story. Throughout your adventure, you will find some green sparkles floating in the air. When you interact with them, they open up portals to the Twilight Garden and will be greeted by a giant frog who will open up areas of the garden for you to explore and find new equipment and powers.

Part of what threw me off at first was the lack of collectibles as I was looking for scrolls and stardust, thinking I was missing them before I realized they just were not there. There are three portals total you will find, and each time you unlock new powers and see some of the lore of the world. At first, you get the ability to see invisible platforms when you get close to them, then you get the ability, as the Reader, to charge up Quill and shoot a projectile from her sword before you take on the boss in the final chapter. It also rewards Quill with a new sword and armor that you can change in the settings as well.

The new powers were cool and put to good use to solve some more unique puzzles that sometimes had me scratching my head for a few minutes. I was disappointed there was nowhere to use them in the main game though. I understand that would require reworking the main game, but one or two surprises – perhaps hinting at Moss Book 2 or whatever the sequel will be called – would have been a neat surprise. I also wished there were some collectibles in these levels to give it a little more replay. Overall though, for free DLC you really can’t complain as it gave you more lore for the world, new armor, and powers to use. 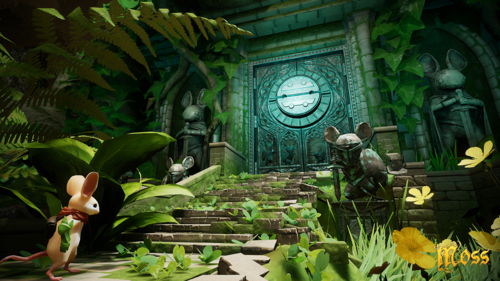 I really loved Moss. I beat the game in two sittings probably spending 5 hours total playing it, including The Twilight Garden DLC. The world was amazing, and the puzzle platforming was great. The free DLC update adds more value to the game, giving people more and more reasons to get it, and for people that have played through the main story to jump back in and go through the new chapters. If you have a PS VR headset, then you should be playing Moss! 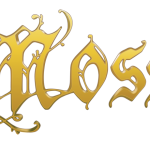 One of the best PlayStation VR games

Disclaimer
This Moss review is based on a PlayStation 4 copy provided by Polyarc, Inc..