The Sinking City is the latest game from Frogwares, makers of two adventure titles based on Sherlock Holmes. They’re now exploring the Lovecraft universe with a private investigator and his haunted dreams. Come check our The Sinking City review!


The Sinking City is a game of investigation genre taking place in a fictional open world inspired by the works of H.P. Lovecraft.

The player incarnates a private investigator in 1920s, who finds himself in a city of New England, Oakmont Massachusetts. It’s currently suffering from extensive waterflood, and its cause is clearly supernatural.

You play the game as Charles Reed, a private investigator in search of answers. Charles has experienced how his dreams are haunted by visions of a drowning city, and after learning from professor Johannes van der Berg that someone in Oakmont (a fictitious town in the state of Massachusetts) might know the source of all this and how to help things, he decides to travel there.

After finally making it to the half-submerged city and meeting with Robert Throgmorton, a half-man half-monkey person who’s the head of one of the three leading families of Oakmont, Charles will take on his first investigation in the city, to find Robert’s missing son. Only after will he give information to Charles to aid him on his quest to find the source of those visions. 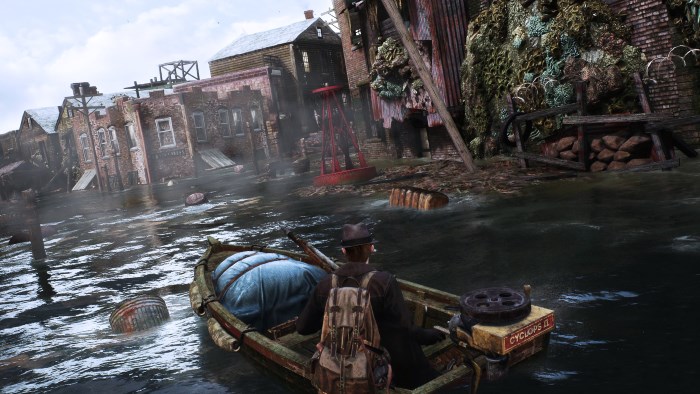 The game plays out from a third-person perspective and is set in a somewhat open-world featuring the city of Oakmont, that will gradually open itself to you as you progress in this adventure. Your primary focus in this game will be the cases you have to solve, with main case serving as the story and side “quests” that you’ll uncover. You’ll occasionally encounter some creatures you’ll have to fight, either with close combat weapons or firearms, but combat is not the main focus of the game.

To solve cases you’ll receive minimal hints, so you’ll have to look around for people that might have clues as to where you need to go so that you can investigate those locations for objects, documents, or evidence that will help you. Sometimes the corners of your screen will change, meaning that you’ll be able to use a supernatural ability: the Mind’s Eye. This will allow you to see events in the past, illusions, or visions that will help you in your cases. Sometimes it will even show you ghost-like auras of people that you’ll be able to follow, pretty much like you’d follow the tracks of an animal, to lead you to new places of interest. 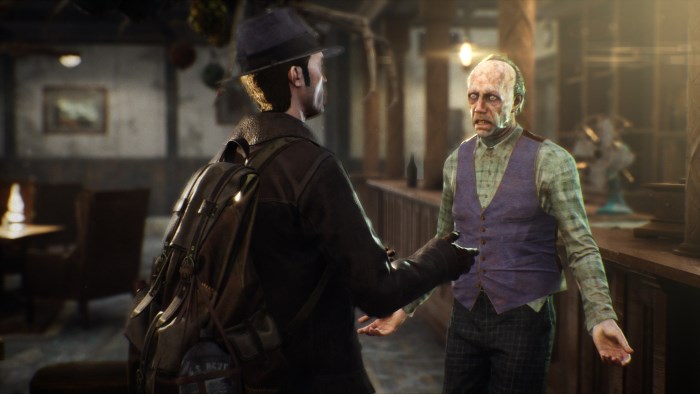 It will also allow you to enter retrocognition, which is a vision of the past, in which certain points of interest will let you view some scenes of how things went down. After finding them all, you’ll be able to put them back in chronological order to get new evidence. As you unlock additional clues from all this, you’ll be able to link them together in the Mind Palace. By connecting some clues, you’ll get to deduct some new evidence. Depending on the choices you make, your investigation might lead you down different paths.

There is some nice attention to detail in each of the environments you visit, helping to immerse you in the game’s atmosphere, and it does look good thanks to the use of the Unreal Engine. It does, however, seem a bit outdated when compared to today’s standard for the engine. 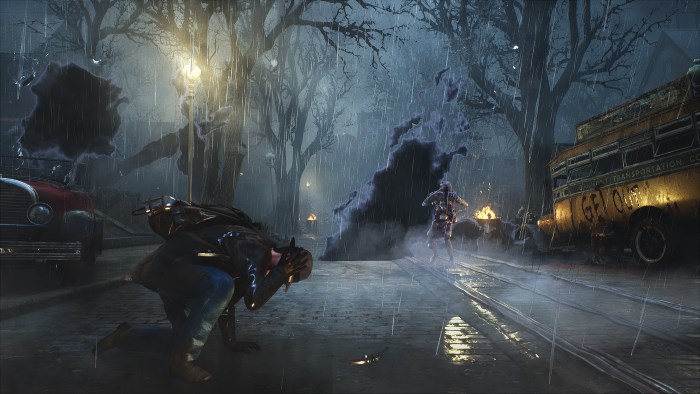 Other than that, my experience with the game has been very positive, starting with the mysterious dream Charles has, and the fact that Oakmont seems to attract other people with the same dreams – as well as an outbreak of hysteria. The story sets out to be interesting right from the start, and the game doesn’t take long to throw at you everything it can in terms of the lore on the Lovecraft universe – half-man half-monkey and half-man half-fish people as well as other weird monsters.

There is also the whole sanity aspect, or rather the insanity. As you dive deeper into the game, the line between visions and reality becomes very thin, and the plot capitalizes on this to have you question everything you find in your investigations. Since you’re not guided to your next objective, you really have to pay attention to everything that happens around you! 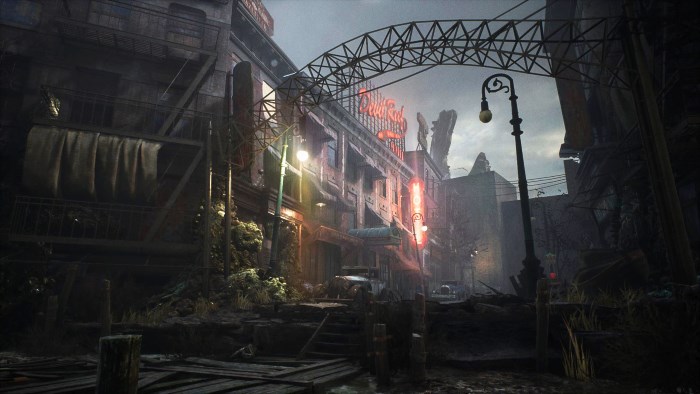 As for the trophies, the game shouldn’t be a challenge, since you can actually play it in the easiest difficulty setting while aiming at getting a new Platinum trophy for your collection. The bad news is that a grand total of 24 trophies are actually missable, and since several of them are based on your decisions, you’ll have to do some creative save game juggling to be able to get the Platinum in a single run.


Final Thoughts
Frogwares have done an awesome job with this game. The whole case-solving aspect is deep and satisfying, and it’s a lot of fun since the game does not hold your hand. The way the universe is set up with more than just the Cthulhu mythos, which is mostly what we see in Lovecraft-inspired games, makes the city of Oakmont a great place to spend your time in.

Disclaimer
This The Sinking City Review review is based on a PlayStation 4 copy provided by Frogwares.