Gabbuchi from Aksys Games is a fun puzzle/platformer with 180 single-screen levels to complete. Learn more about this fun and charming game in our Gabbuchi review! 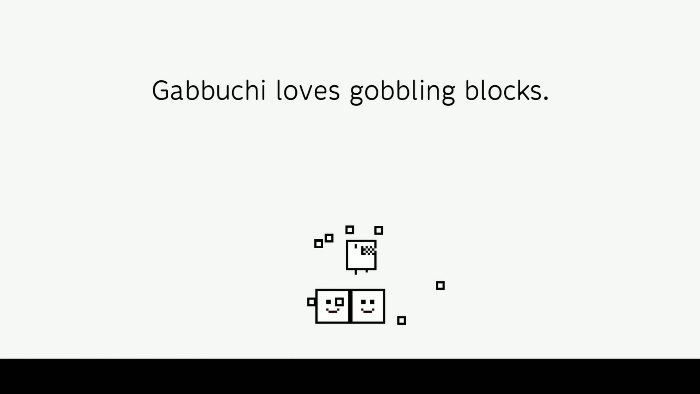 In Gabbuchi, you take control of a square-ish creature with big teeth that likes to eat… a lot. The main goal for you will be to help it get from point A to point B in a stage, eating blocks and doing some light platforming here and there, so that it can gobble up the heart cookie at the end of a level to be able to clear that stage. You need to do this while making sure you don’t eat too many blocks, or else you will be left with no way of reaching the cookie. There are also some enemies and hazards to avoid since one hit is all it takes for Gabbuchi to die! 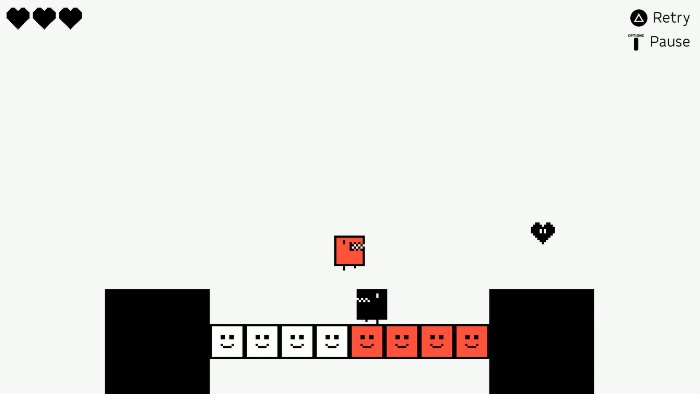 The game kicks you straight into a short tutorial so that you can quickly learn the basics. Your character will move with the left analog stick or the D-Pad, moving its chompers as it goes. It can also jump with the X or Circle buttons to go over obstacles, with a rather high and floaty jump. Gabbuchi loves to devour blocks, so as soon as he comes into contact with one, he will completely destroy it. As expected, it also likes the floating bits of food you can find in each stage – eating is a big part of the game! 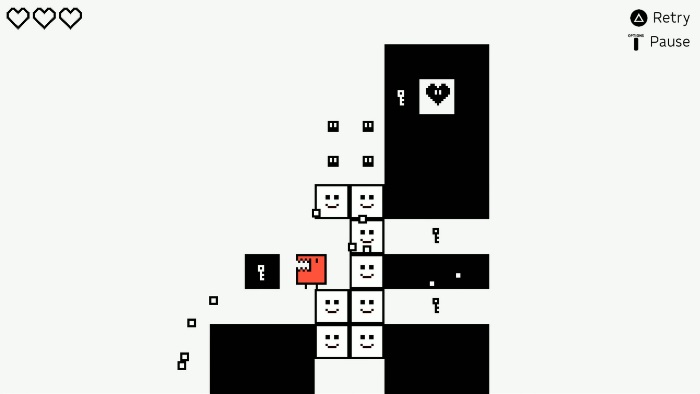 The gameplay twist is that Gabbuchi can change colors with the L1 or R1 buttons, which is important since it will only eat the blocks that match its color. This is important since this also means he can stand on blocks of a different color, which comes into play during some platforming sections. Eating will also fill up Gabbuchi’s Satisfaction Gauge, which you can see at the upper left corner of the screen as a group of hearts. 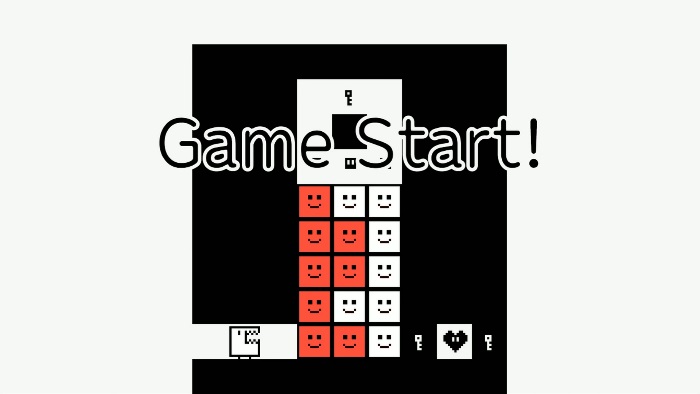 There’s a lot of content for this one, with 180 stages to play. You can surely clear all stages as you go, but if you want to 100% a stage you will need to complete all of its objectives, which includes not only filling up Gabbuchi’s Satisfaction Gauge before gobbling up that heart cookie at the end of the road, but also doing so while not going over the limit on the number of times you can change color – a limit you can’t know about until after you’ve finished that stage with a full Satisfaction Gauge. And even if you think that 180 is not enough bang for your buck, you’ll be happy to learn that the game also includes a stage builder that allows you to create your own levels, one tile at a time. 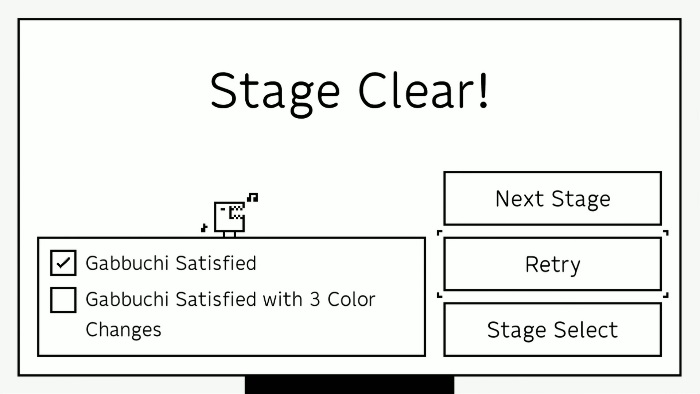 Gabbuchi is a fun and charming minimalist 2D puzzle/platformer on PlayStation 4 that is very easy to recommend. It’s available at a budget $7.99, offering a lot of content for its asking price. If you want to 100% the game, you’re going to have to play each stage at least twice so that you can learn about the color change limit to find a way to clear each level without going over that. Be sure to check the Techniques section from the game’s main menu to learn some valuable tips that will help you when you’re trying to think a bit outside the box to clear some of the more particularly tricky stages! 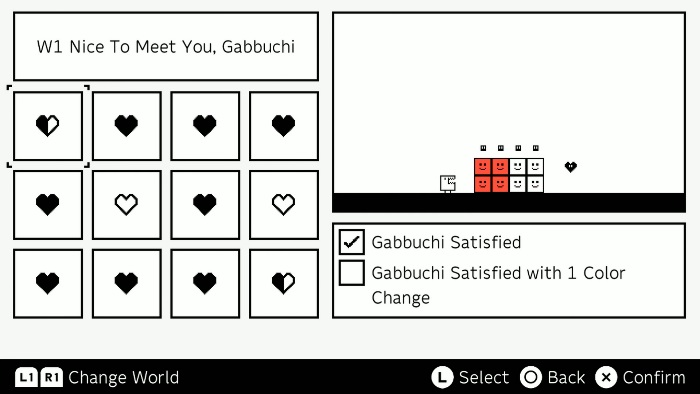 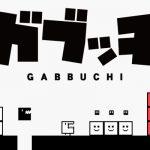 Disclaimer
This Gabbuchi review is based on a PlayStatio 4 copy provided by Aksys Games.

The Forbidden Arts Out Next Week